"Teachers! They don’t teach for the money, but for the lasting impression they make on even just one kid. Thanks Mrs. McDonald," one person said. 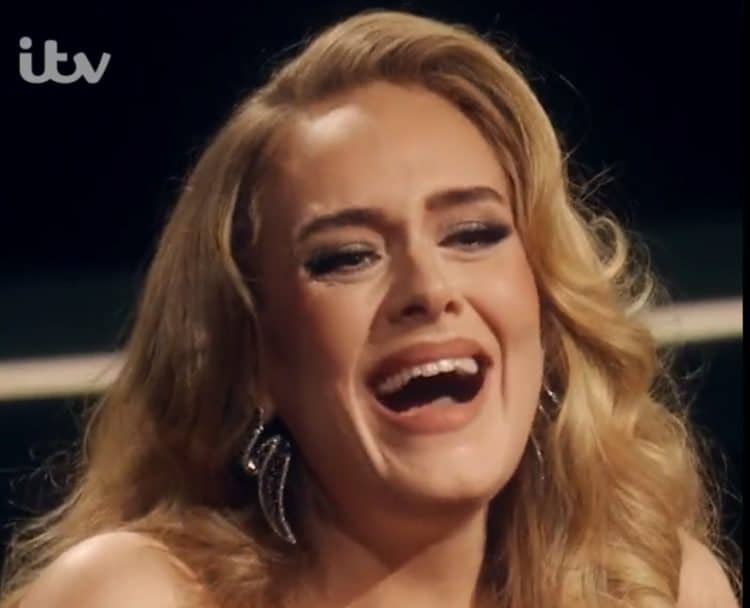 Adele broke down in tears as she was reunited with her old English teacher during her ITV concert special.

The music superstar, 33, was surprised on stage by Ms McDonald, from Chestnut Grove School in Balham, who taught her before she moved to the prestigious Brit School as a teenager.

An Audience With Adele, which was recorded at the London Palladium earlier this month in front of an A-list audience, saw the singer perform songs from her new album, 30, as well as older tracks and take questions from famous fans.

Dame Emma Thompson was among those who stood to ask questions, and queried who she had been inspired by in her life.

Naming Ms McDonald, she said: “She left in year eight but she got me really into literature, I’ve always been obsessed with English and obviously now I write lyrics.

“But she also did street dance, I was too scared to go in, but like in the canteen they used to do these dances and stuff like that.

“She was so bloody cool, so engaging, and she really made us care, and we knew that she cared about us and stuff like that.

“She used to have all these gold bracelets and gold rings.

“She was bloody cool and so relatable and likeable, that I really looked forward to my English lessons.”

Dame Emma then surprised Adele by inviting Ms McDonald on stage and the pair embraced, prompting the tearful singer to smudge her make-up.

As the special aired on ITV, Adele tweeted: “Home Sweet Home. I’ve always dreamt of doing An Audience With… There was so much love in the room for each other, it felt like such a gig!

“Everyone was raucous and bang up for it! And my teacher Ms McDonald was there, it was just heaven.”

“I am very, very nervous”

Taking to the stage for an opening salvo of hits including Hometown Glory and Hello, Adele was backed by three vocalists and wore a black gown studded with glittering jewels.

“I got really emotional when I came round the bend up there,” she told the audience, which included key workers and people linked to the Grenfire Tower fire.

The 33-year-old, who now lives in Los Angeles, also quipped that she had been given a mug of chamomile tea and not a “hot honey” as requested.

Adele was forced to restart her new single Easy On Me after botching the intro.

Hollywood star Jackson and Dawn French were among the celebrity guests who stood to ask questions, with the latter asking whether strangers ever opened up to her about their personal lives due to the emotional nature of her music.

Responding to a question from England football manager Gareth Southgate, Adele told him: “I loved watching you this summer. It was one of the best.”

He replied: “Thank you for your support.

“We saw the videos of you getting quite into it.”

Asked who, of all the celebrities in the room, she would most like to collaborate with, Adele chose actor Daniel Kaluuya.

She said: “Obviously I’m not an actress, but I just think that you are the greatest actor.

“I really, really do. I am mesmerised by you and your work.”

Turning to Southgate, she added: “And you, if you want to sign me as a footballer.”