The container is used by protagonists Eve Polastri, played by Sandra Oh, and Villanelle, played by Jodie Comer, as an impromptu interrogation room in the fifth episode of the second series.

by Ben Cusack
in TV 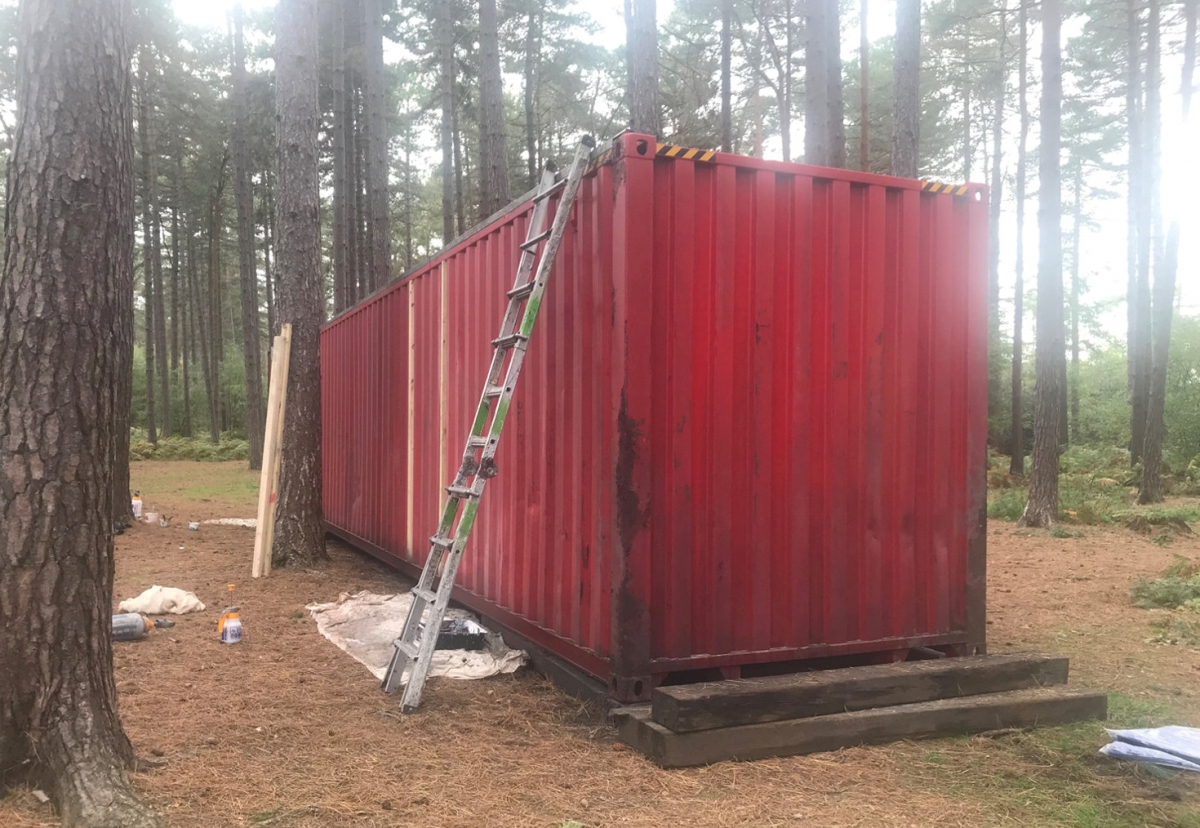 Killing Eve fans are being offered the chance to bid on a shipping container that was used in the hit BBC series – as a TORTURE CHAMBER.

The container is used by protagonists Eve Polastri, played by Sandra Oh, and Villanelle, played by Jodie Comer, as an impromptu interrogation room in the fifth episode of the second series.

When intelligence investigator Eve fails to extract information from The Ghost, a hired assassin, Villanelle begins torturing the woman for answers.

The red cargo container goes under the hammer on Tuesday in a bid to raise money for Great Ormond Street Hospital.

Biddings will start at just 99p on eBay with no reserve price and the auction will run for ten days.

Staff at Adaptainer, who own the container, adapted the chamber from new to make it appear cosmetically weathered for the show.

Panels were removed from the top and the side to allow for filming and have since been welded back into place in preparation for the sale.

The shipping container turned torture chamber is currently being stored at the company’s depot in Gravesend Kent in preparation for the sale.

A spokesperson for Adaptainer said: “We were contacted by Sid Gentle Films who make Killing Eve and they said they wanted to have a shipping container made pretty quickly for the show.

“It was designed with panels that could be removed and then go back in as and when they needed so that they could film from outside the container.

“Some people use such containers instead of a garden shed or as a garage.

“We hope the buyers will be fans of Killing Eve who want to take home a piece of the show and support Great Ormond Street.

“There might be somebody who is quite quirky who is a big fan of the show and in need of a container – it could be a win-win for everybody.

“We don’t quite know what to expect in terms of the sale price.

“While this is a fully functional container, its role in Killing Eve might add to its appeal.”