What is Christmas time for if not spending it off eating copious amounts of food and binge watching some of your favourite festive movies? The team at Childrens Bed Shop have put their creative heads together, argued long into the night, and drawn up a list of their ten favourite Christmas films that both you […]

by Clair Hart
in TV 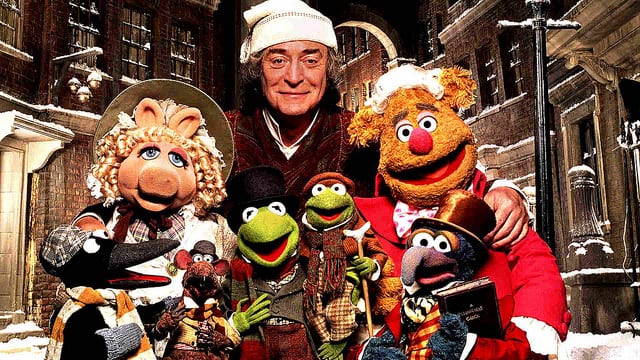 What is Christmas time for if not spending it off eating copious amounts of food and binge watching some of your favourite festive movies? The team at Childrens Bed Shop have put their creative heads together, argued long into the night, and drawn up a list of their ten favourite Christmas films that both you and the kids can enjoy together!

As good as any adaptation as you’re ever likely to get, The Muppets retelling of the classic Dickens tale, with Michael Caine as the miserly Ebenezer Scrooge and the Muppets filling in for the rest of the cast. Special mention should go to Kermit for his amazing portrayal of Bob Cratchit – good enough to melt anyone’s wintery heart!

Tim Allen stars as Scott Calvin, a man who accidentally causes Santa Claus to fall off his roof on Christmas Eve. When Scott goes to check if he’s okay, Santa is nowhere to be found, leaving some pretty big boots to fill…

It should be a sin to not watch this movie over the festive season. Jimmy Stewart stars as the big-hearted George Bailey, who is shown just how poorer his hometown of Bedford Falls would be if he wasn’t born. Fills you with the warm fuzzies every time.


Will Ferrell plays the overgrown ‘elf’ Buddy, who is told the shocking truth that he’s actually human. Buddy leaves the north pole to find his real family in New York City, taking his unbreakable Christmas spirit with him.

Starring probably the most resourceful child in movie history. Kevin McCallister (Macaulay Culkin) is left home alone for Christmas and has to defend his house against two committed burglars. Sounds like the basis for a horror, but the thieves are no match for the quick wit of Kevin as he outsmarts them at every turn.


Based on a children’s picture book, this film doesn’t have a single spoken word in it. The Snowman is told entirely through pictures & music, and features one of the most well-known Christmas songs of all time. Get your highest voice on and sing it with me: “We’re walking in the air…”


Michael Keaton stars as Jack Frost, a Dad who dies in a car accident and is reincarnated a year later… as a snowman his son builds. A heart-warming film that’ll make you appreciate what you have in life. Well worth a watch!


Unless you’ve been living under a rock these past few years, you’ve probably heard someone screaming “Let it Go” at the top of their lungs somewhere. If you’ve always wondered what it was from, here’s your answer. Frozen is a wonderful Disney film for all the family, filled with great music and humour – a modern classic.


Based on the book by the inimitable Dr. Seuss, this animated tale tells the story of the Grinch, the creature that hates Christmas so much that he tries to steal it from everyone else! Possesses probably the catchiest song out of everything on this list, “You’re a mean one, Mr Grinch…”


Perfect for anyone who loves Halloween just as much as Christmas. Scary ghoul Jack Skellington, a occupant of Halloweentown, discovers Christmas Town and becomes so enchanted with the idea of Christmas that he wants to bring a ‘little piece of it’ back to his friends…