Political comedian Matt Forde, once an advisor to the Labour Party, has been on the TV, radio, and comedy circuit for a number of years now, you may well have seen him on Mock the Week among many other shows. He is currently on a national tour and holding a one off Xmas Special at […] 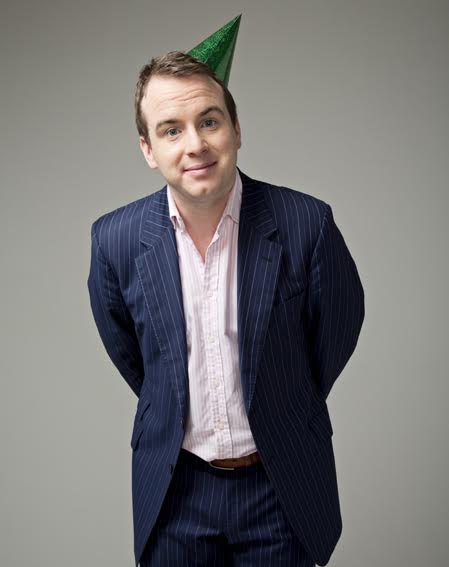 Political comedian Matt Forde, once an advisor to the Labour Party, has been on the TV, radio, and comedy circuit for a number of years now, you may well have seen him on Mock the Week among many other shows.

He is currently on a national tour and holding a one off Xmas Special at the Leicester Square Theatre on the 15th December with special guests former spin doctor Alastair Campbell and can-barley-spin-on-a-dance-floor Ed Balls.

We met up with the Nottingham born comedian, impressionist, comedy writer AND radio presenter for a quick chat.

So your tour has just started, how is it going?

Great it’s just started but it is a lot of fun and I’ve been looking forward to getting back on the road for ages.

You poke fun at politicians and do impressions of them in your show have you ever pissed any of them off?

To be honest no, I don’t hate politicians, like some other comedians and a lot of the public seem to. They are humans after all with feelings, faults and imperfections. My comedy is light and playful and not close to the bone, I want politicians to laugh along with me, not to be offended by anything I say. Most people, even MPs, just want to have a good time and a giggle.

Do you feel there is a lot more political material around at the moment?

Well yes of course, it could spell trouble for world, but for the political comedian it is a gold mine. Trump, Farage, Brexit the list goes on. Everyday there is something extraordinary happening, which makes writing a dream.

More people are engaged with politics so there is a lot of interest in my type of comedy.

People call me a Blairite, whatever that is, but I’m proudly centre-left and I was planning on leaving the party when Ed was leader, so Corbyn wasn’t the main reason, just the straw the broke the camels back I guess.

I want to see a Labour government but I’m worried that large areas of the north are turning their back on the party I love, and that concerns me.

Have you ever been badly heckled?

I haven’t since doing the smaller comedy circuits years ago. Heckling is a bit of an out-dated concept to be honest, I think the audience has paid to hear the comedian rather than berate them.

I like to think I attract a joyous crowd who likes a bit of light-hearted fun, so they want to join in with me rather than battle against me. I sort of got heckled when I was talking about Ed Miliband, by one of his fans (he did have some!), but we ended up having a little chat about it. Not sure it was great for the audience, but we sorted out our differences very politely!

Do you tailor your show to the crowd, due to age or geographical location?

Not really, I might mention a news story about Yorkshire, if I’m doing a gig in Leeds for example, but generally no.

Not all old people hate swearing, not all young people are liberal and not everyone in northern towns hate the Tories, you can’t assume anything about anyone.

I have a fairly set show, but I will change it, even up to minutes before I’m about to start, if something big has happened in the news. Information is accessible at our fingertips in real-time so you need to be able to react to it just as quickly in your set.

For tickets for his tour visit http://www.mattforde.com/live/