We meet up with Jacob Hawley ahead of his show at the Edinburgh fringe festival. What is your show about? I guess it’s ‘my story’. It’s about moving to a supposedly liberal London from what would supposedly be quite a small minded small town, it covers my family and social class in relation to politics. […] 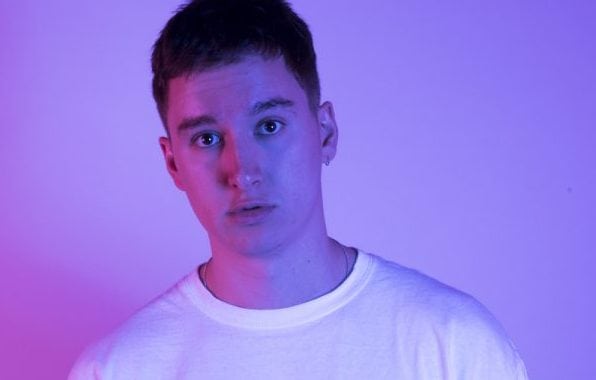 We meet up with Jacob Hawley ahead of his show at the Edinburgh fringe festival.

I guess it’s ‘my story’. It’s about moving to a supposedly liberal London from what would supposedly be quite a small minded small town, it covers my family and social class in relation to politics. It’s funny.

This is my first one! So it’s been a balancing act between writing something cohesive and using good but unrelated material that I’ve developed over the last few years. I’ve enjoyed writing with a few other comics this year.

But I’ve started writing next years show and I’m enjoying that a lot more because it’s one story and everything I’m putting in the show is for that purpose.

I don’t really know! Can’t do anything else and I haven’t really proved I can do this yet. I used to work in retail and bars a lot. I love bar jobs because I like pubs. A few of my mates have gone to Melbourne to arse about, I probably would have joined them in arseing about over there.

Good friends, a level head and a heart full of hope.

I guess the stereotype is that everyone in London is super smart and liberal and open minded and when you go to the smaller towns everyone’s just a dumb, close minded hick. It’s not always the case. Plenty of idiots in London, plenty of smart folk elsewhere. My theory is that anyone who has the humility to trust a comedian with their evening is quite nice. My favourite places to go are Glasgow, Manchester and Birmingham.

Been going Hampstead Lido a bit recently and it’s been quality. Feel like I’m in Spain. Love Spain.

I was filming something recently that I wont go into detail about but I wasn’t particularly proud to be doing it. I was wearing a daft costume and had to be among the public. A man walked past and rather than just laughing, he looked me in the eye and said ‘look at the state of you, you absolute cunt’. I felt like I saw my whole life in that moment, every event that had lead to me being stood there, in that costume, with that man saying that to me. It didn’t feel good.

There have been quite a few in all honesty. I’ve been writing with a mate who’s also doing his first show and I really want him to do a routine where he impersonates his own enlarged, enraged prostate, and acts out the prostate getting so big that he has to give birth to it, so it can walk around a cafe screaming at people. We’ll see how that goes down.

Rob Oldham. I hear he’s got a great bit about his prostate. (If he does one of these interviews and doesn’t recommend me please delete this and choose someone else x)

Jacob Hawley performs his debut show Howl at The Betsy Trotwood on 23rd July and Angel Comedy on 28th July ahead of the Edinburgh Festival Fringe from 2nd – 26th August at 3:40pm. More info and ticket are available at www.jacobhawley.co.uk/