What is your show about? It’s a live incarnation of our Radio X show and podcast. Which people should definitely check out other wise the show might be a little baffling! It’s not stand-up, though Elis has promised to dust off a very old routine entitled ‘Geordie Financial Year’. The mind boggles. We’ve reworked some […] 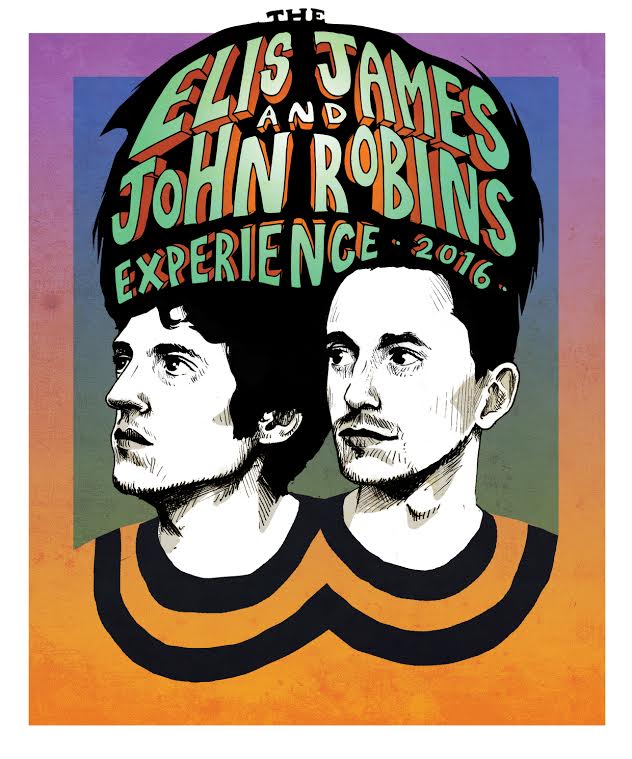 It’s a live incarnation of our Radio X show and podcast. Which people should definitely check out other wise the show might be a little baffling! It’s not stand-up, though Elis has promised to dust off a very old routine entitled ‘Geordie Financial Year’. The mind boggles. We’ve reworked some of the favourite features from our radio show to perform live and also some special one off’s. I used to read aloud from Tony Blackburn’s biography ‘Poptastic!’ on the show (it’s an absolute comedy goldmine), and someone pointed out he has ANOTHER autobiography called ‘Living Legend’. So I’ve picked some highlights from that.

What are you most looking forward to for the tour?

Meeting our fans. They’re all absolutely awesome people, but we never get to see them! It’s strange for stand-ups to have such a big audience they never get to hear laugh. They set up a Facebook Fanpage, ‘The Elis James and John Robins Podcast Devotee Group’. And it has rapidly become a safespace for likeminded people. I’m also looking forward to hanging out with Elis. He has a baby now, and I have pubs, so often after the radio show we both have to shoot off, whereas on tour you get to live in each others pockets for a bit. 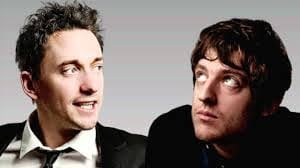 How do you think it will compare to your solo shows?

I’m hoping it’ll be the best of both worlds. That intimate connection you get with a radio listener, mixed with the adrenaline and excitement of a live show. There’ll be much more unscripted badinage, and we’ll probably be able to have a few drinks too! Also, having company on the train, and at the hotels does keep the darkness away. Elis is a much more balanced person than I am, far more relaxed, and hopefully that will rub off on me.

We’re both a fan of The Comedy Box in Bristol. It’s got low ceilings and is booked by someone who really cares about the shows. Also The Lowry in Salford was our favourite gig together so far. In London we’ve used The Phoenix in Oxford Circus to try stuff our and that’s got a wonderful vibe. I think selling out The Sheppherd’s Bush Empire, and now The Kentish Town Forum amazed us both. We associate those venues with seeing some of our fabourite bands, so to be playing to our fans in rock venues is insane.

With Elis I’d say we were “Niche, Vibe-conscious, badinage-merchants”. For me, I’ll leave that to the experts “Humane, interesting and consistently funny” (The Independent). Though on a bad day that could just as easily be “Needy, wordy, self-obsessed”

Elis James and John Robins have announced their debut UK tour for 2016 entitled The Elis James & John Robins Experience. The tour takes in 20 dates starting on 6th October at the Norwich Playhouse and culminating on 14th November at London’s Kentish Town Forum. To buy tickets to go www.elisandjohn.com