Stand-up Comedian Billy Stephens performs his show ‘Down The Rabbit Hole’ this August as part of The Camden Fringe and Deputy Editor Joe Mellor caught up with him to discuss the show, his influences and being called “offensive”. JM What can we expect from your show? BS Social commentary, anecdotes, qualms, rants and strange musings […] 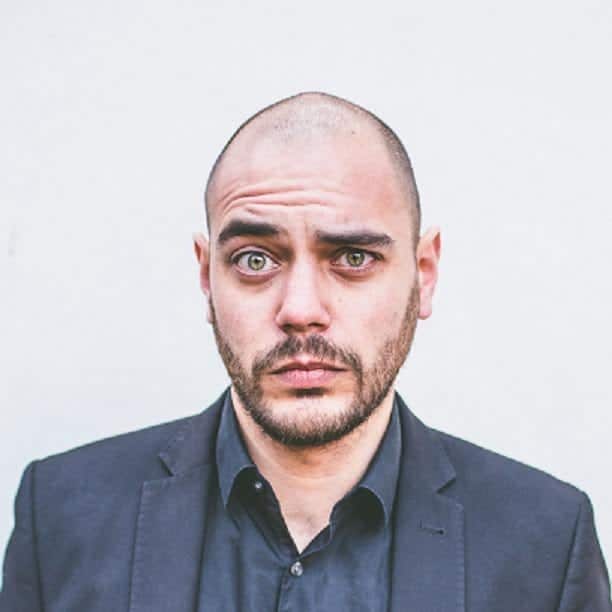 Stand-up Comedian Billy Stephens performs his show ‘Down The Rabbit Hole’ this August as part of The Camden Fringe and Deputy Editor Joe Mellor caught up with him to discuss the show, his influences and being called “offensive”.

JM What can we expect from your show?

BS Social commentary, anecdotes, qualms, rants and strange musings covering topics like sexual health, drugs, politics and the music industry. All the preparation has been really positive so hopefully everyone will have a great time.

JM What first attracted you to comedy?

BS I have six sisters so I think I’ve always been a bit of an attention seeker. I remember being in a school play when I was ten and from then I’ve always enjoyed performing, but it wasn’t until years later that I tried stand-up. It was in a talent show when I was at university. It didn’t go amazingly, but I was immediately hooked.

JM Who are your biggest influences?

BS Wow, there’s so many. I love Richard Pryor, George Carlin, Louis CK, Jim Jefferies, Russell Brand, but Bill Hicks was probably my biggest inspiration. He found the funny in subjects he thought were important rather than talking about things just because they were funny, and that’s certainly something I try to do in my act.

JM You’ve been described as an offensive comedian. What are your thoughts on that?

BS My intention isn’t to offend people, it’s to make them laugh. I do talk about controversial subjects, I think it’s important to challenge certain perceptions, but I try and be thoughtful with it. I think a lot of times when people get offended it’s because they didn’t get the joke. 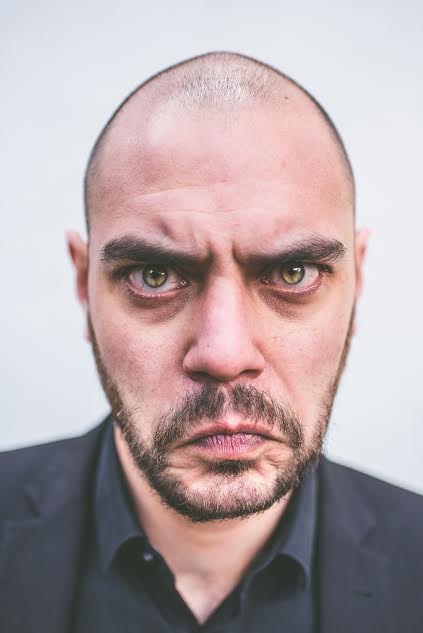 JM Do you have any gig disaster stories?

BS Haha, a few. Once I was performing at a variety show. I had done three or four minutes of material on religion and it hadn’t gone down particularly well. I walked off stage and the MC announced the next act. It was a gospel choir and most of the congregation had come along to support them.

JM Can you tell us about your process?

BS It depend really, sometimes I’ll have a ridiculous thought or notice some irony and an idea will snowball, other time I’ll have a point I want to make and it’s about manipulating that point to be as amusing as possible. I also tell a lot of stories so it helps that I seem to get myself into daft situations.

JM What sort of daft situations?

BS Well for example in the last couple of weeks, I fell into a pond at a wedding reception and accidentally drank washing up liquid.

JM How did you accidentally drink washing up liquid?

BS I thought it was absinthe. 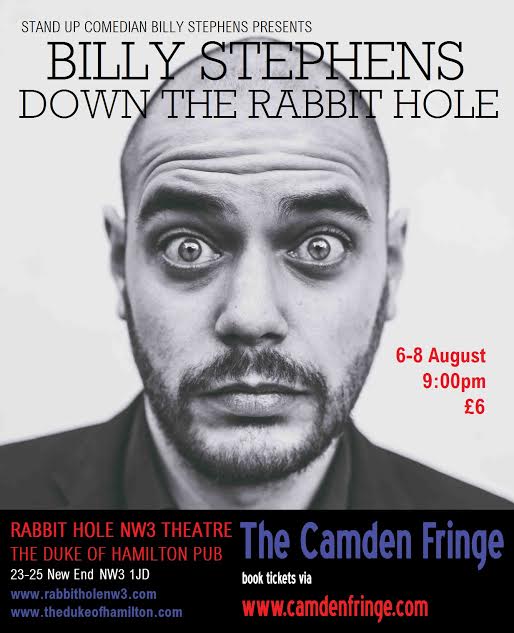 JM Haha. What’s the worst thing about being a comedian?

BS As soon as someone hears that you’re a comedian they want to hear a joke, which I don’t actually mind, but my jokes aren’t everyone’s cup of tea, so sometimes that ends in very angry friends of friends/strangers in bars/girlfriend’s parents. It’s either that or everyone accusing you of being ‘brave’.

JM What’s the best thing about being a comedian?

You can catch Down The Rabbit Hole at the Rabbit Hole Theatre below The Duke of Hamilton Pub in Hampstead, London from the 6th-8th August. The show starts at 9pm and runs for 45-50 minute. Tickets are £6.

For more information go to CamdenFringe.com or click here: http://camdenfringe.com/show.php?acts_id=602