Well blow me down and call me Charlie, I think I’m going to have to sell my soul to the devil. When the classist, sexist and maybe xenophobic Satanic antagonist of a show is the only thing that makes it remotely interesting, all my morals go out the window – along with half the cast […] 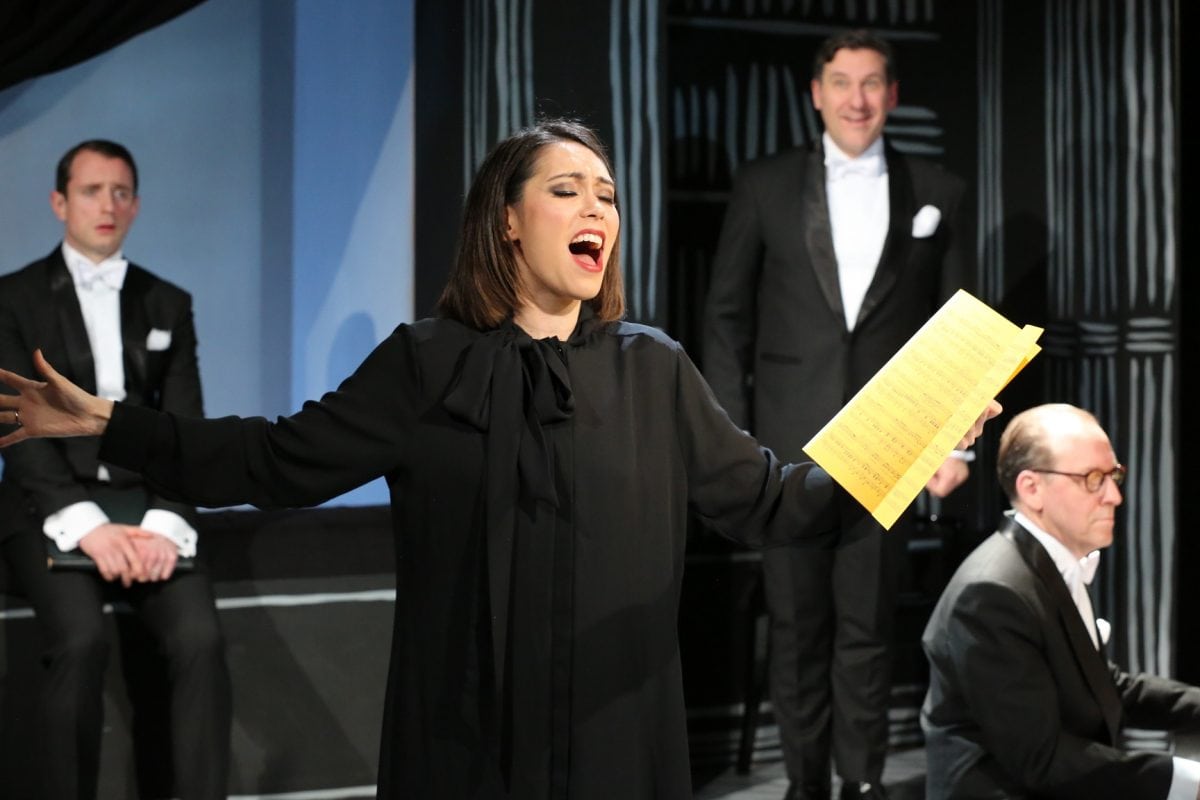 Well blow me down and call me Charlie, I think I’m going to have to sell my soul to the devil. When the classist, sexist and maybe xenophobic Satanic antagonist of a show is the only thing that makes it remotely interesting, all my morals go out the window – along with half the cast (more on that later).

The Sorrows of Satan is a play within a play, following the eternally broke writer Geoffrey Tempest and his new musical – also helpfully entitled The Sorrows of Satan, just to keep you on your toes. Unfortunately, his play is really boring, and all the songs sound the same. So Geoffrey’s patron, the fun-loving Prince Lucio (whose name may as well be Satan McDevilFace for all the subtlety his character is offered – cue thunderclap every time he speaks!) exchanges the promise of wealth, fame and love for the opportunity to get stuck into Geoffrey’s naff play and make it loads better. Which, to my eyes, seems like a bit of a win-win. So the main plotline of the first act is “See how boring this play is?! LOLZ” For the first forty minutes the characters perform – and discuss – this crappy, crappy play, and forty minutes is about 38 minutes too long to keep telling the same joke. We get it, it’s boring, please do something else now. In all fairness, they do mix it up a bit with a totally inexplicable gay kiss, some extended vomiting into a bin, and Claire-Marie Hall being thrown out a window for no reason.

Act Two, fortunately, is a different story altogether. Stefan Bednarcyzk as mute piano player Amiel opens the second half with a Noel Coward-esque romp of a song, performed with much elan and comic timing. Now that Satan himself is steering the ship – silly old Geoffrey takes him up on his perplexingly fantastic offer, thank god – the play bounces along with a much improved pace, even if it is still recovering from some confusing plot holes. By the end of the play, I just did not know what to think. I’m not convinced I actually enjoyed it, but the Devil’s raunchy show tunes in the second act definitely alleviated my confusion from perplexed boredom to bemused entertainment.

The Sorrows of Satan has a talented cast of phenomenal singers, sadly struck down by a play that tries to say so much, that it doesn’t say anything at all.

I award this show three question marks, and one shrug of confusion.