Brush up on your horse impression kids; Joan of Arc has come to town. Oh Joany Joan Joan. Joany McJoaningtons. I’ve been trying to work out how to review this show for almost a week, although I admittedly took four days off over Easter to stare into space, take a long hard look at my […] 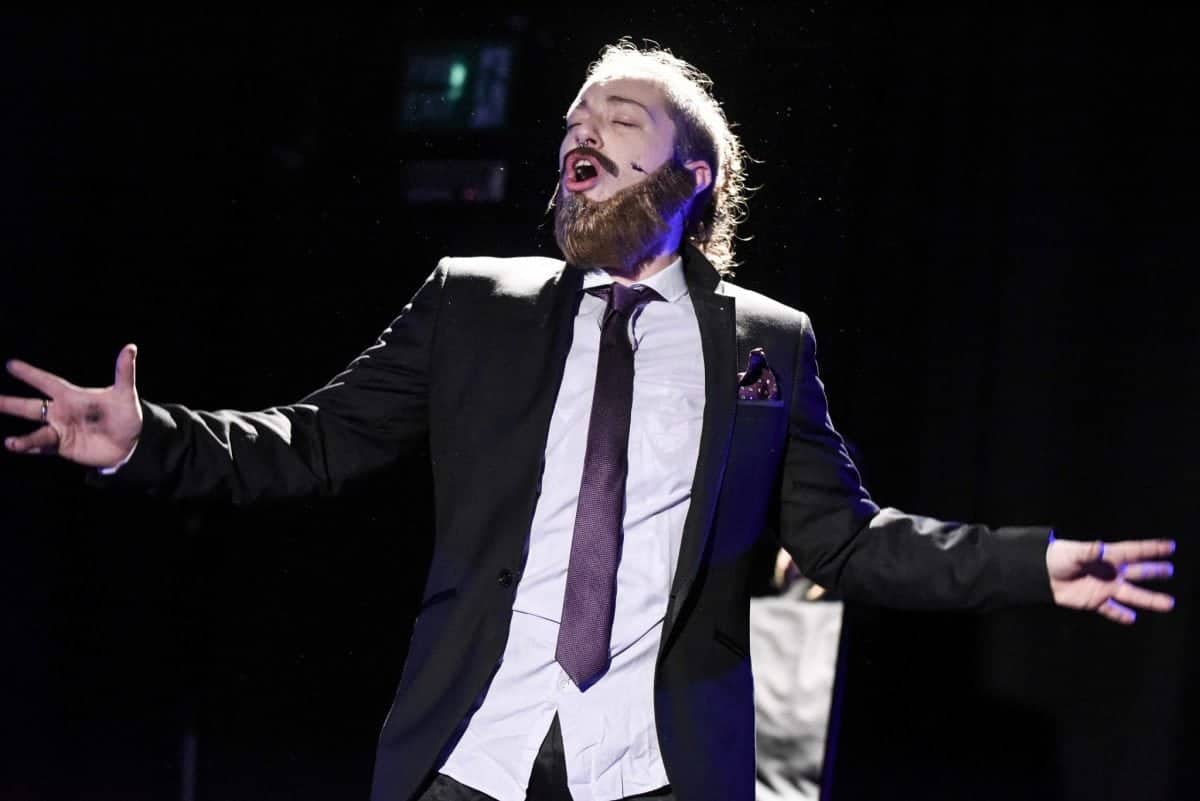 Brush up on your horse impression kids; Joan of Arc has come to town.

Oh Joany Joan Joan. Joany McJoaningtons. I’ve been trying to work out how to review this show for almost a week, although I admittedly took four days off over Easter to stare into space, take a long hard look at my life, and subsequently binge-listen to Serial (I know, very 2014). Very unprofessional delay. Won’t happen again.

I try to write reviews that are informative, hopefully entertaining and, at the very least, have a minimum of one crass reference to genitals per 400 words. Some shows make it nice and easy for me to write about by being amazing, or by being terrible, or are conveniently just downright bizarre. Joan wasn’t amazing, but then again it wasn’t terrible, and it wasn’t really that bizarre. It was pretty good, but let’s just say I’m not writing home about it. 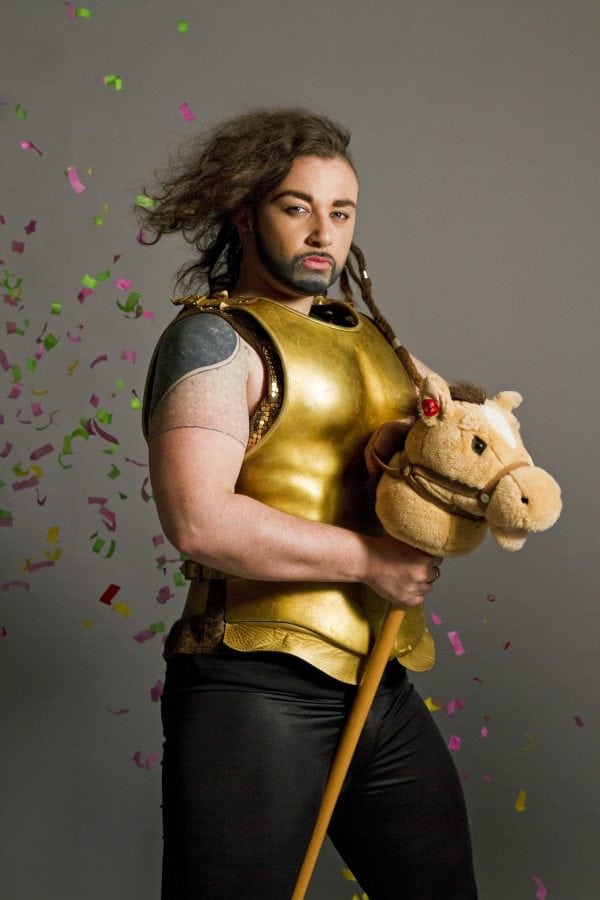 The fact that I’ve labelled a history lesson told by a Drag King interspersed with provocative thrusting and songs as, “not that bizarre” goes a long way to tell you about the sorts of shows I have seen. All I’m saying is, you’ve got to crochet a lot of cocks before my head is turned (genital reference – check).

“Enough about you EJ, you self-centred bastard!” you chorus, hungry to hear more about Joan, “Who even calls themselves EJ anyway? You sound like a wanker!” Okay okay okay, I’m getting there. Don’t be mean.

Joan is pretty good, and the best thing about it by a really long shot is Lucy Jane Parkinson who plays the titular role. And the best bit about her performance is her interaction with the audience, which is side-clingingly funny. Lucy manages to be subtle, over the top and emotional within the blink of an eye. She’s exceedingly talented, and can apply a fake beard without a mirror in the middle of a monologue, which is an underappreciated talent. 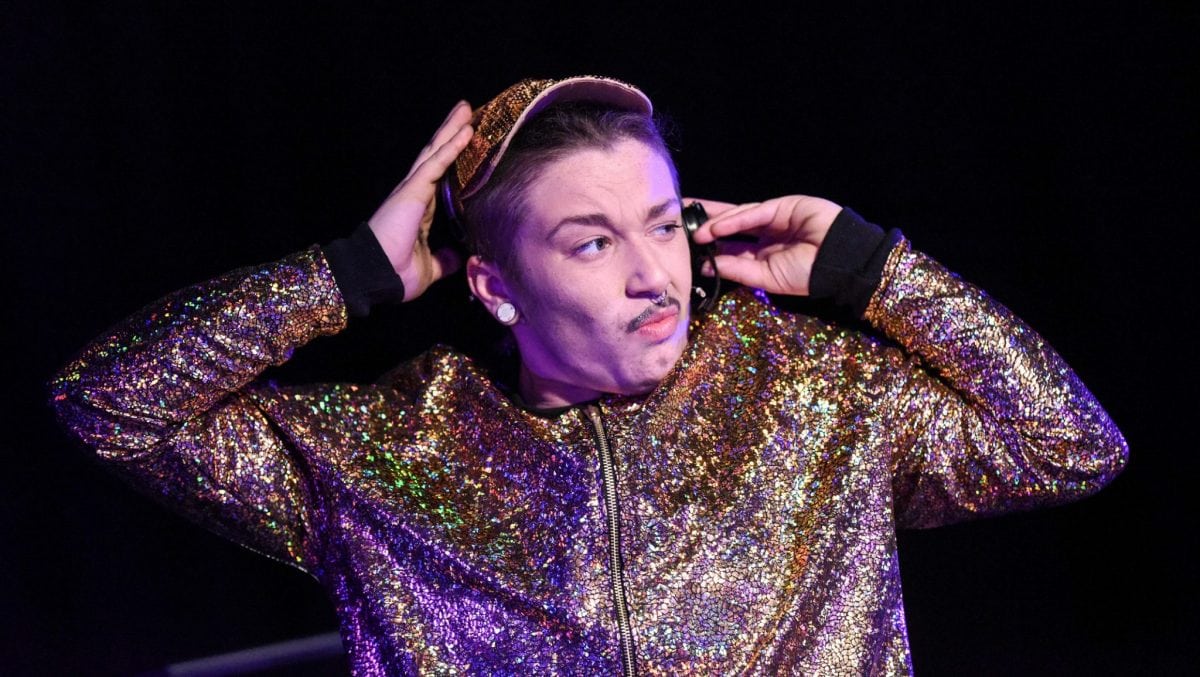 I’ve totally bought into the idea – a Drag King telling the story of a young, French, cross-dressing peasant – but somewhere or other it doesn’t quite commit to itself. And that’s what I’ve been mulling over for the last week. The songs aren’t brilliant, but the accompany dancing is off the chain, so you can’t cut them. Some of the writing is a bit slow, but other parts absolutely hare along.

It’s all just not quite…enough. Joan deserves more. More joy, more sadness, more spangly jackets. Everything just as it is, but more of it. There’s so much to love and is already a firm favourite with audiences, but there’s room to expand. That’s what those two last stars are left for: potential.

Joan is running at Ovalhouse til 22nd April