The author gave the book to then 28-year-old Albina ‘Lily’ Falle, from Jersey, in January 1887. 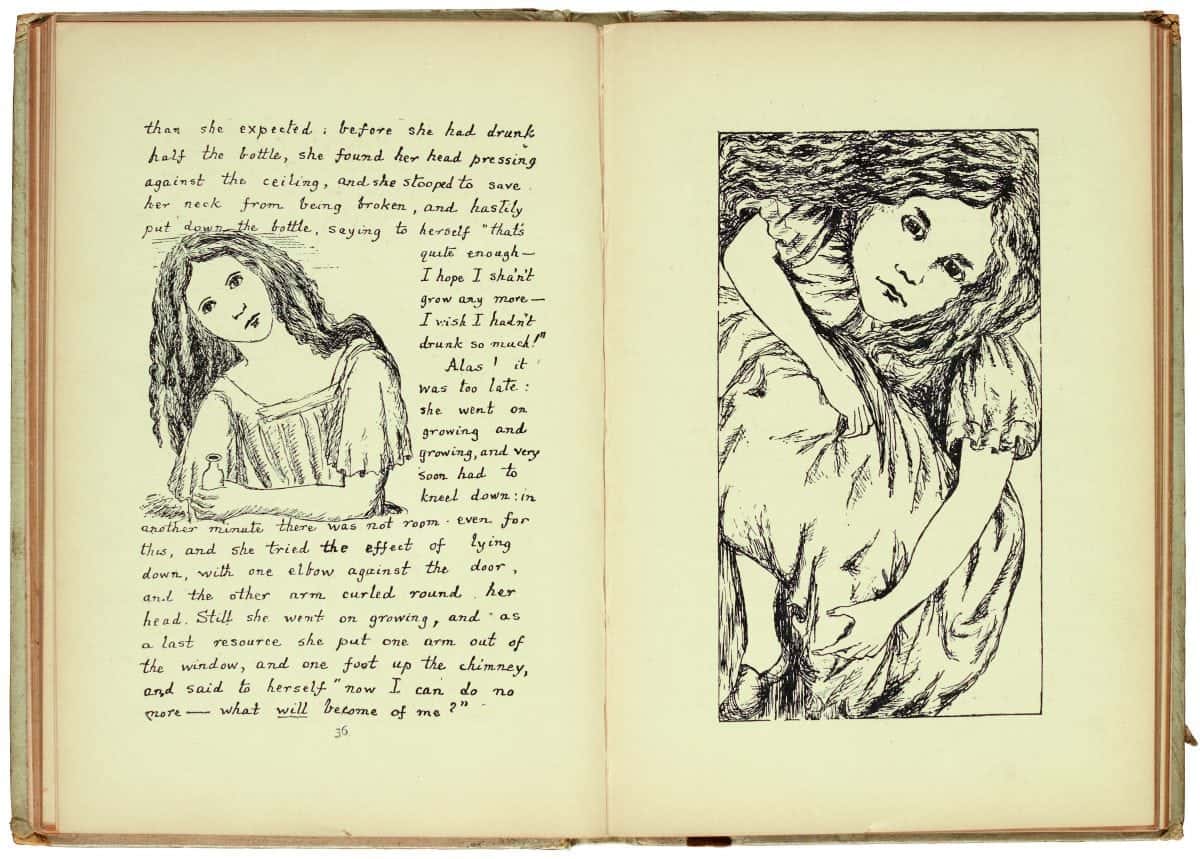 A signed first edition copy of Lewis Carroll’s Alice’s Adventures Under Ground has sold at auction for £15,000.

The book was given as a gift to then 28-year-old Albina ‘Lily’ Falle in 1887 by the 54-year-old author who was friends with her father. 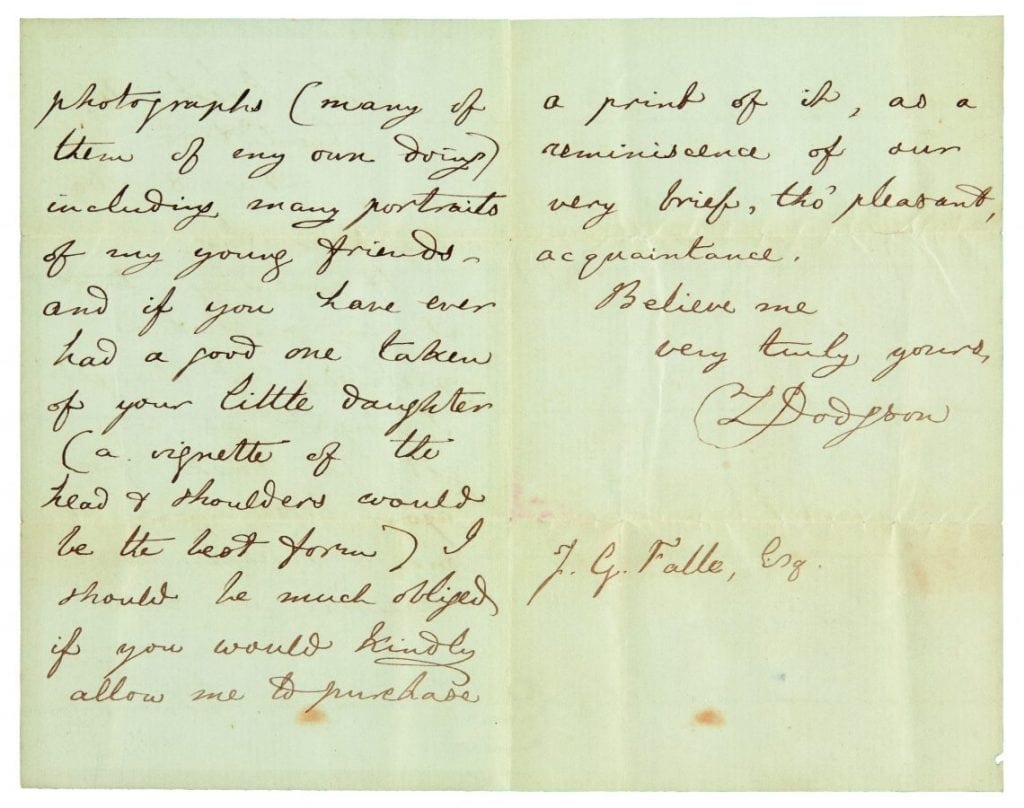 Carroll signed the book in violet ink and wrote: “Lily Falle from the author January 1887”.

Now, the book, alongside a letter from Carroll, has gone to a new owner after being snapped up at an auction at Sotheby’s in London. 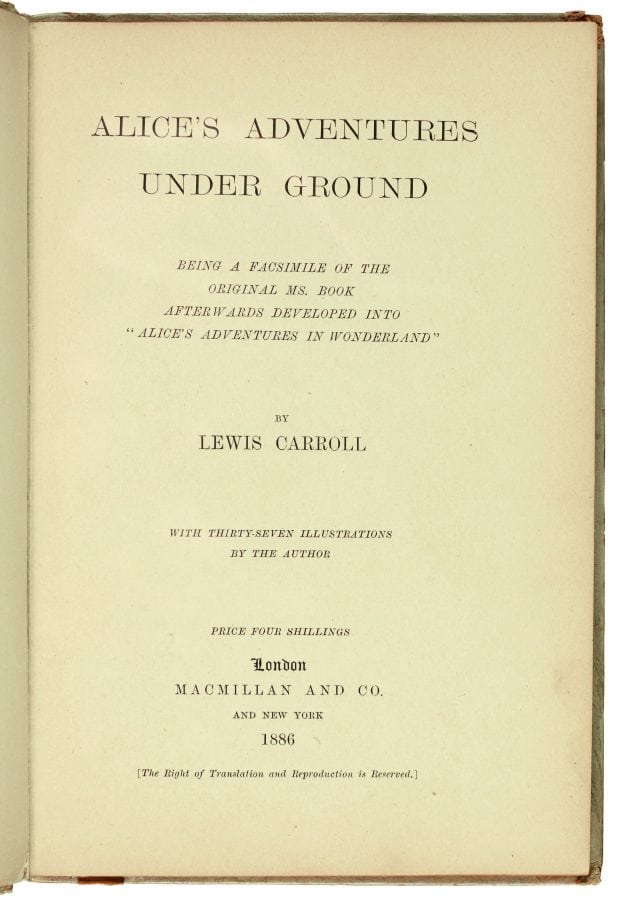 Lily’s father was Joshua Falle, a judge on the channel island of Jersey, and Carroll sent several signed books to the family.

In a letter included in the sale Carroll says that he had been ‘at my publisher’s yesterday’ and ‘thought I might as well get the book for your little girl at once.’

Carroll also says that he has ‘a very large collection of photographs (many of them of my own doing) including many portraits of my young friends’.

He then asks Joshua if he could buy a print ‘if you have ever had a good one taken of your little daughter (a vignette of the head and shoulders would be the best form).’