A new advert is set to leave millions of Brits fearing their TV set has broken down. Telly addicts will see their sets appear to SWITCH OFF this Friday night during ad breaks between The Simpsons, Coronation Street and First Dates. The 20 second advert will start with a buzz of static, followed by five […] 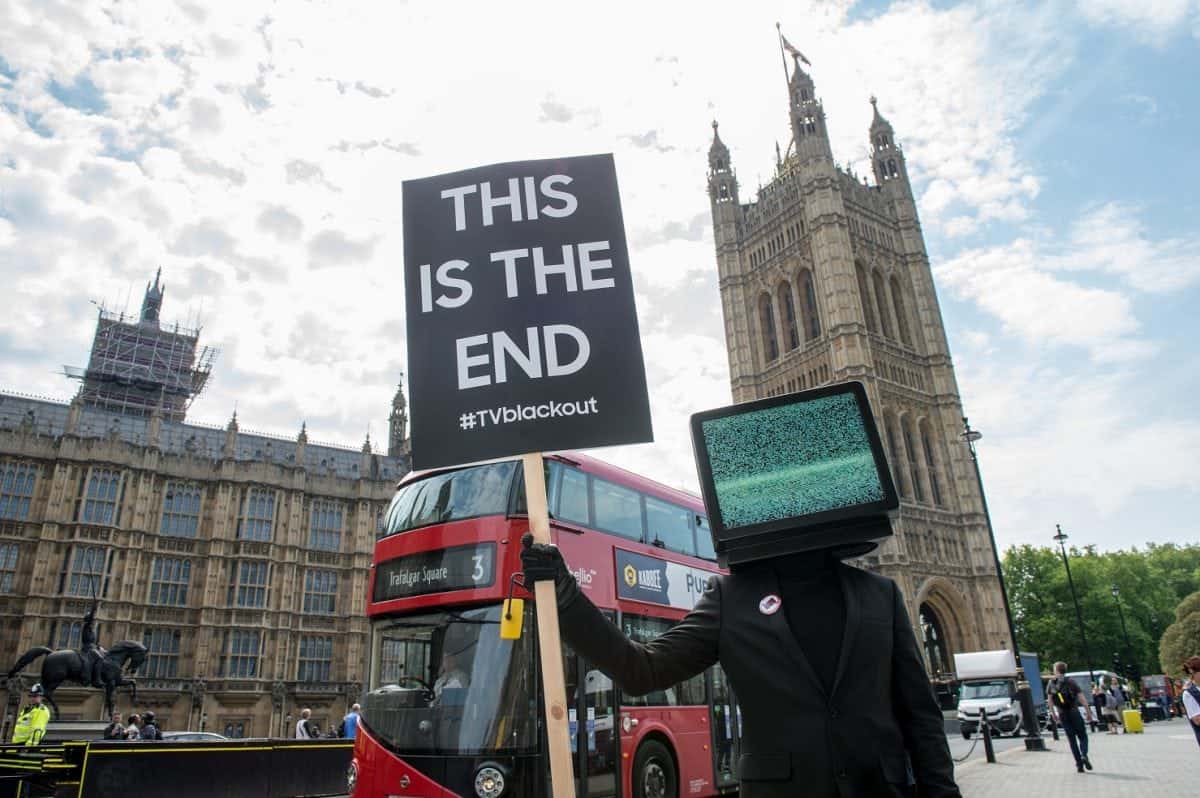 A new advert is set to leave millions of Brits fearing their TV set has broken down.

Telly addicts will see their sets appear to SWITCH OFF this Friday night during ad breaks between The Simpsons, Coronation Street and First Dates.

The 20 second advert will start with a buzz of static, followed by five long seconds of blackness.

As over eight million confused viewers search for remote controls to check their reception, the rest of the advert will begin.

The unique ad campaign was dreamed up by Samsung, who are looking to shift the TV from a plain black box to a piece of modern art.

Hadrian Baumann, President and CEO of Samsung, said: “The large black rectangles which have come to dominate our living spaces over the past 50 years will soon be consigned to history as televisions adapt to complement and reflect our modern living environments.

“Our QLED ambient technology marks the end of an era and we are about to witness a seismic change in the way we watch, install and enjoy television.” 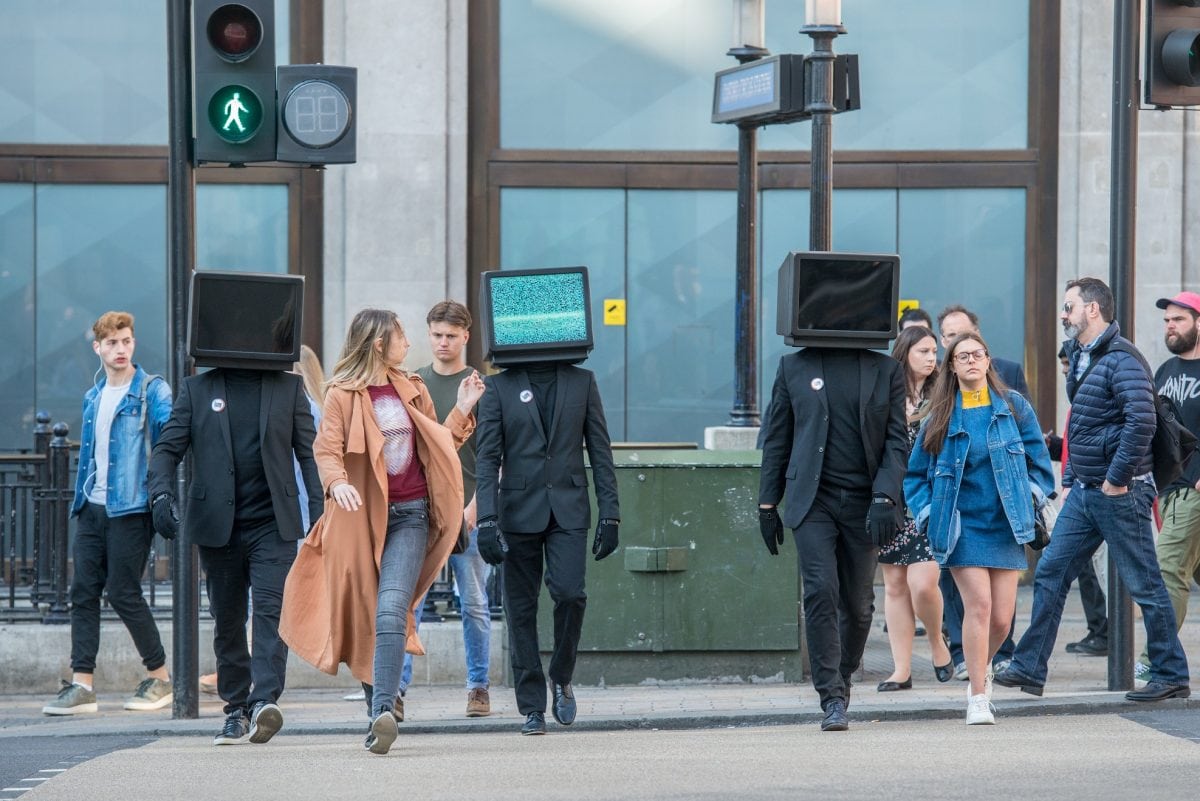 The campaign marks the first time UK screens have gone entirely ‘blank’ during an ad break, and will push the boundaries even further during the Champions League final on Saturday night.

At half time, sets will appear to switch off by themselves for an incredible eight seconds before the Korean giant’s advertising message appears.

This will mean tens of millions of people will be left watching a broadcast of absolutely nothing.

Samsung’s QLED technology has an ‘ambient’ mode meaning viewers need never see a blank screen again, and instead their TV will mimic their wallpaper or interior décor to blend into a room.

The 10-day campaign has also rolled out to London’s Piccadilly Circus, where the iconic advertising billboards will turn blank. 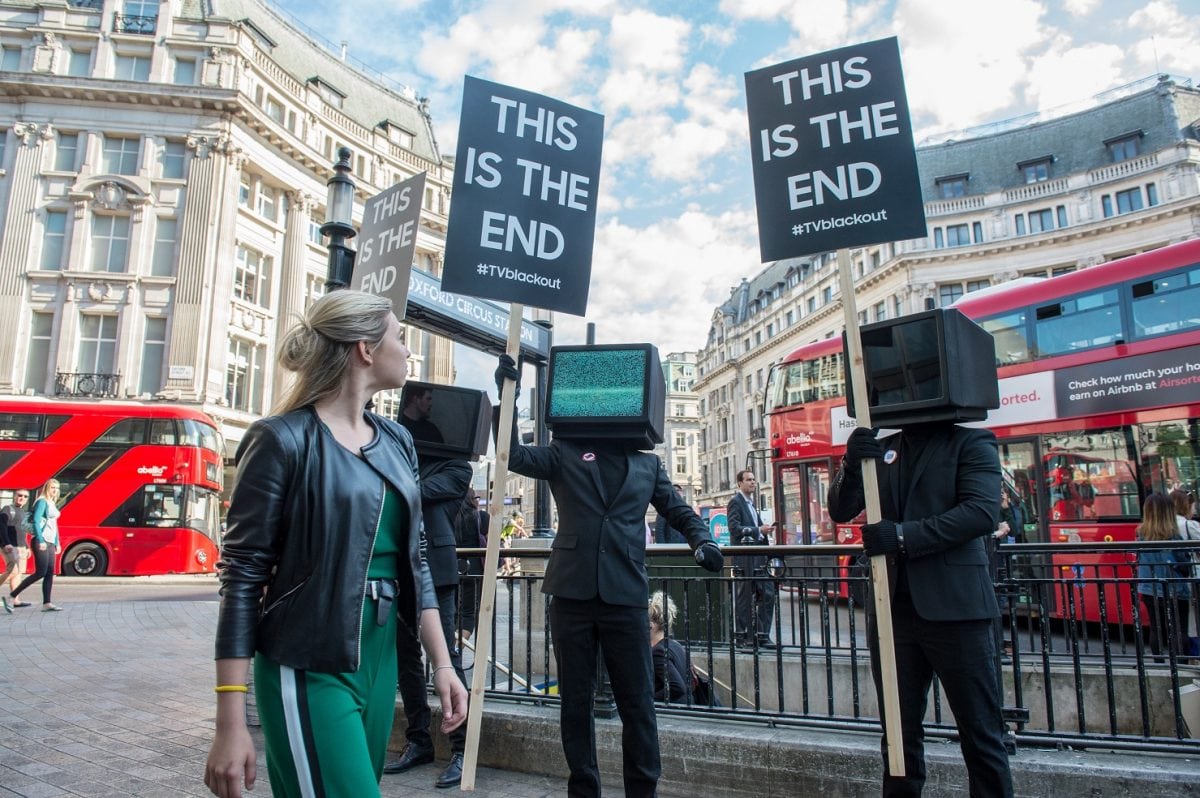 And from Friday even cinema viewers will have their screenings disrupted when the famous Pearl and Dean tune will be interrupted during screenings of the new Star Wars film ‘Solo’ as screens appear to switch off.

A bizarre trio of TV-headed people will also be roaming around the capital telling consumers that ‘This is the end’ for their old televisions, using the hashtag #TVblackout.

Samsung’s spokesman said: “This unique and disruptive marketing campaign has been designed to underscore this messaging in the most dramatic way possible, switching sets off to remind the public that their TV is simply a boring black screen for 90% of the time.”