The blockchain company Paymon finished the second round of ICO on the 3rd of May. As it was mentioned in this article, the new technology is one of the strongest reasons to invest and believe in the company. What exactly is the innovation of the Paymon blockchain called Hive? Why is it more pioneering than […] 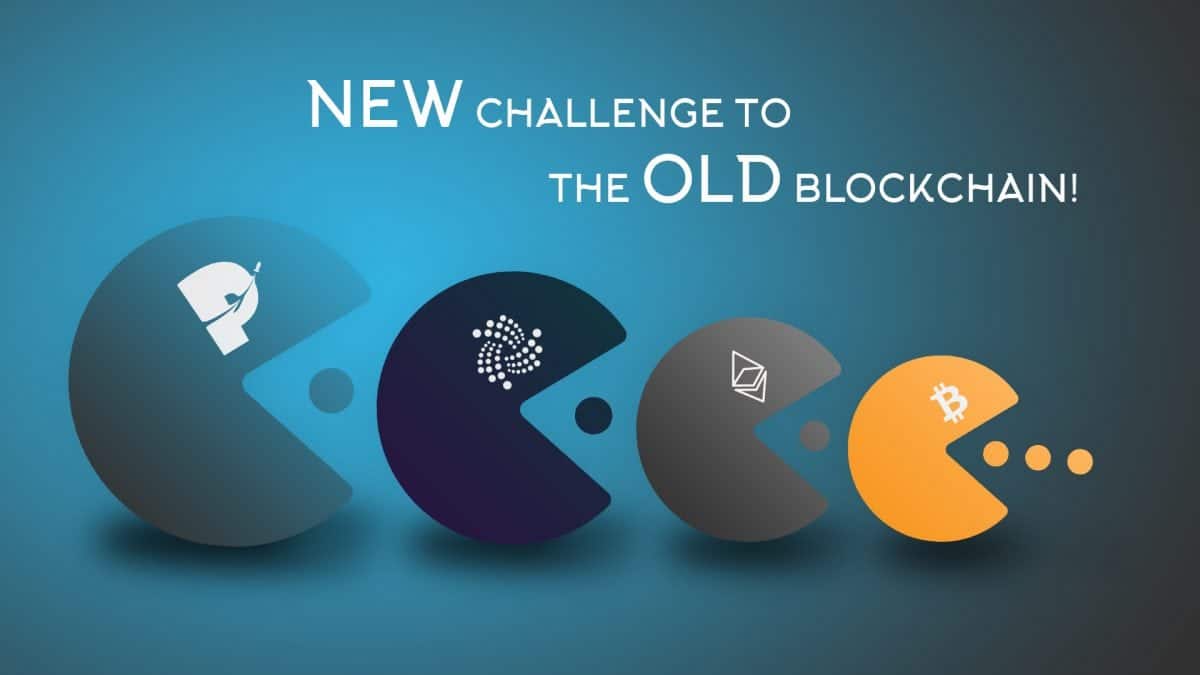 The blockchain company Paymon finished the second round of ICO on the 3rd of May. As it was mentioned in this article, the new technology is one of the strongest reasons to invest and believe in the company. What exactly is the innovation of the Paymon blockchain called Hive? Why is it more pioneering than technologies of Bitcoin, Ethereum and IOTA? Here is a detailed comparative description of Hive and its processors.

In 2015 IOTA made a major change in decentralized technology, integrating the so-called graph—Directed Acycling Graph (DAG). In fact, it’s not a blockchain itself, but an improved system for replacing it. IOTA called it Tangle. Some called it version 3.0. What is next?

Paymon cryptocurrency PMNC (Paymon Coin) will also be decentralized and will be based on the DAG system.

DAG is a directed graph that has topological ordering, a sequence of the vertices such that every edge is directed from earlier to later in the sequence.

DAG in this case is the replacement for blockchain. Transactions, based on DAG, will be confirmed by nodes. Each user of the network is a node, so the whole graph is full of them. Nodes send and also approve the transactions

The main idea of Hive is to work in the following way: when a new transaction arrives, it must approve or try to approve two previous ones.

In order to speed up the process of confirmation the nodes form groups (so called “pools”) and each of them approves its transactions. That’s why all the users, making transactions, work for the network’s safety.

Hive also uses the system Proof-Of-ME (POM), based on Proof-Of-Work and a rating system. This protection principle assumes that the user who wants to join the system must first confirm himself.

DAG, in fact, makes the creation of cryptocurrency possible without blockchain.

2. No Commissions + High Speed of Transactions

Thanks to DAG there will be no mining in the sense that miners will not receive money just “out of the air” for confirmation of transactions. It gives three important advantages to the system.

First, DAG solves the scope problem. For example, the Bitcoin system allows to make only seven transactions per second. Ethereum blockchain – about 13-15. EOS, also based on blockchain, allows 100,000 transactions. But with DAG, it is possible to make unlimited amount of transactions. So, it’s possible only for Paymon Coin and IOTA.

Second, the speed of transactions will rise without miners. To compare, Bitcoin transaction confirmation takes about half an hour. Ethereum’s—from 15 seconds to a few minutes. Paymon Coin transactions, however, will work instantly.

Third, the Paymon system will allow you to avoid commissions for the transactions. In February 2017, when a lot of people started to use Bitcoin actively at the same time, the commission fee averaged $55. This problem is still relevant in the cryptocurrency industry. EOS and IOTA transactions are free now, and Paymon Coin ones will also be free.

Smart contracts are not the invention of Paymon. Initially, they were integrated in the Ethereum system (Bitcoin blockchain doesn’t include smart-contracts). As it is known, smart-contracts allow for transactions to be made between users only with both sides agreeing in advance. If one side doesn’t want to confirm the transaction, it won’t be completed.

By comparison, IOTA doesn’t have smart-contracts. It is explained by the theory that there is no option to integrate smart-contacts into the DAG system. In Ethereum blockchain all transactions go in the right order, while in IOTA system it is impossible to determine the transactions order. This is because in DAG, if we can say so, they exist in different dimension and do not cross in the chain. However, Paymon programmers are working on this solution.

Here is one more reason why Paymon Coin is the future. Hive will use the algorithms that are impossible to uncrack by quantum computers. This option is not of great current interest, but it will be very important in 5-10 years.

IOTA is the first of the blocking companies that started using Quantum – Resistant Algorithms. However, here Paymon is one step ahead again. IOTA algorithms are not optimized and inconvenient for storage. For example, Paymon’s password will be 256 bits, while IOTA takes 7,000.

Paymon will use a modified algorithm, which is being tested now. The key sizes will be about the same as for Ethereum, but the algorithm is more innovative, so the keys will be no less safe.

The main program of Hive will be written in the programming language Rust. In comparison to other languages ​​(Forth of Bitcoin, Solidity of Ethereum, Web Assembly of EOS, JavaScript / Python / C # / Java / Go of IOTA) Rust is the most advanced and secure. It is modified, more sophisticated, safer and faster than the languages ​​of other blockchains.

And so, the final point about Paymon blockchain is actually the most interesting one. Profit is the business platform which finally will let cryptocurrency into everyday life and make it more popular among people. Why?

All the businesses will be able to join the platform and each owner will get payments for goods and services in cryptocurrency. There will be a special constructor integrated to the website, which will automatically generate the smart contracts after the user adds good or service.

For example, when the user will choose a good or service and decide to buy, he will get the choice: to see a QR-code or to pay for the goods immediately (also it will be possible to choose delivery). In the second case, the smart-contract will wait until the company confirms the payment, checking if the user has enough money for the purchase. Only after that the exchange will be finished. The whole process will happen instantly.

There also will be an integrated rating system within the platform in order to avoid any kind of misunderstanding and conflicts between clients and companies. Each user will have an option to evaluate the company service from 1 to 5, and also to discuss any questions.

Moreover, as it was mentioned before, Paymon will provide transactions with high speed and without any commissions. So, thanks to integrated smart-contracts on Hive and Profit, users can conduct ICO and create online cash charges for any needs.

Also, Hive will include a domestic exchange, based on atomic swaps, that will allow users to make P2P exchanges within the platform. This is very convenient, because users will have the opportunity to concentrate within the same platform all the possibilities of exchanging different cryptocurrencies. Businessmen will be able to accept payment for their goods in PMNC and exchange it to any other cryptocurrency inside Paymon. In the future, the cryptocurrency will be exchangeable for fiat money. None of the exchanges will take any fees.

One more feature of the platform is the integrated cold wallets, which will provide the highest level of protection.

As a result, it is relevant to say that Paymon technologies have a lot in common with IOTA’s. But as it was mentioned before, IOTA blockchain is more heavy and inconvenient to keep and also doesn’t have smart-contracts.

Plus, IOTA is only for things in the Internet, and Paymon, thanks to the platform Profit, will be used by a large number of people and will be more useful on the traditional market. The company took innovations and improved them, trying to make crypto-technologies closer to people and to everyday life. So after some time people will buy their coffee for ETH or BTC or already for PMNC.