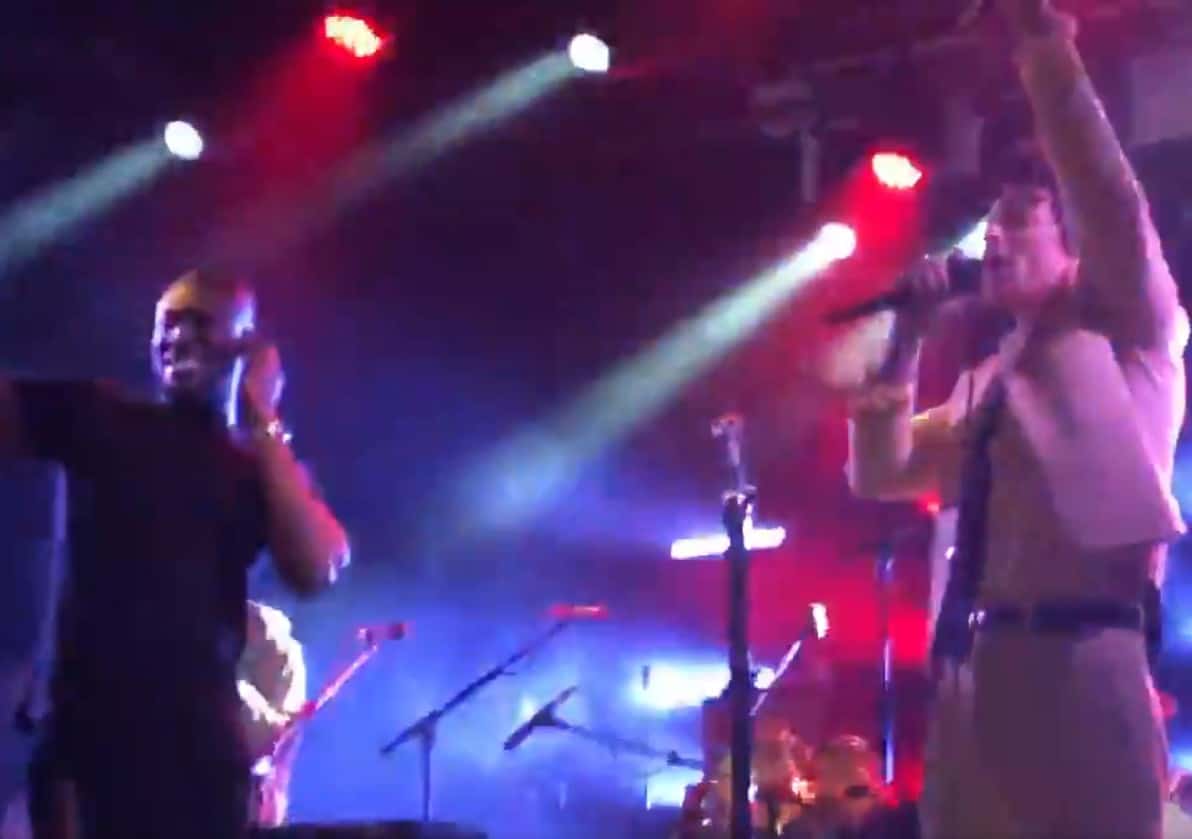 Video footage posted on social media by fans who attended the gig showed Styles with the grime star as they urged the audience to chant the lyrics: “F* the government and f* Boris.”

The show took place at Electric Ballroom in Camden, to celebrate the release of Styles’ new album Fine Line.

Stormzy and Harry Styles sing ‘F¥€k the government and f¥€k Boris!’
This country is divided in so many ways but by age most of all.
I hope the young people of today keep this rebellious spirit for the rest of their lives. pic.twitter.com/2RNtfd0C04

Stormzy voiced his support for Jeremy Corbyn before the election, calling on his fans to vote for a “man of hope”.

The superstar says before the Labour leader came along he had never trusted politicians.

The PM joked that the grime artist was “thoroughly on message” and claimed he was actually singing “back Boris” – his campaign slogan.

Asked by about the performance, Mr Johnson told PA: “I want to pay tribute to Stormzy – I am a great enthusiast and admirer of Mr Stormzy’s works and I think he’s one of the great lyricists and poets of our time.

“And I want to thank him for his rousing endorsement of the Back Boris campaign.

“Back Boris I think was what he said and there may have been some problem with the acoustics that caused him to be briefly misunderstood, but Stormzy seems to me to be thoroughly on message.”