A pensioner who received a love note from Jimi Hendrix after charming the rock icon at a 1967 gig is now selling the letter at auction for an estimated £3,000. Anthea Connell, 69, was handed a signed guitar strings packet after catching the eye of the American rock legend at a concert when she was […]

by Clair Hart
in Music, Must Reads 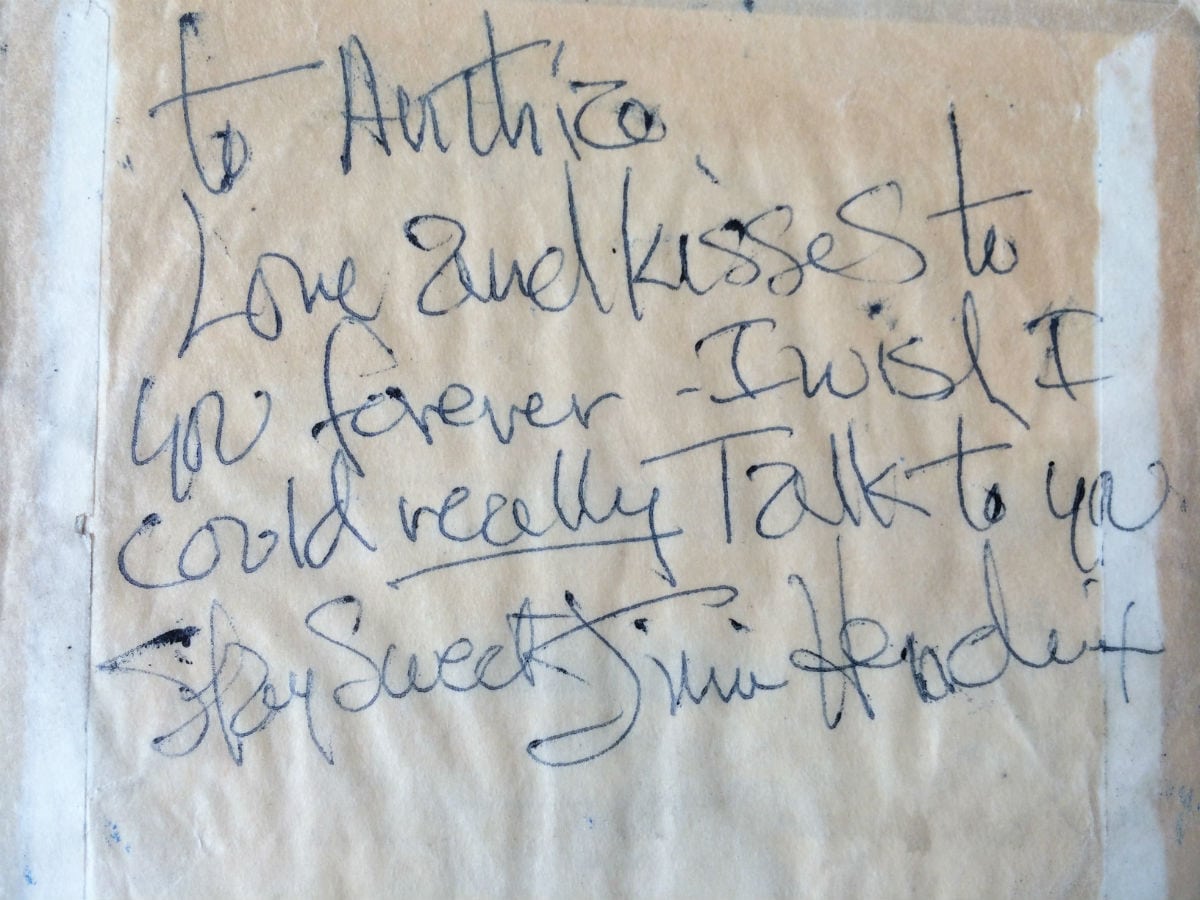 A pensioner who received a love note from Jimi Hendrix after charming the rock icon at a 1967 gig is now selling the letter at auction for an estimated £3,000.

Anthea Connell, 69, was handed a signed guitar strings packet after catching the eye of the American rock legend at a concert when she was a stunning 19-year-old.

She was with her then boyfriend Eddie Cooke – whose Sons and Lovers band were supporting Jimi at the Boston Gilderdrome in Boston, Lincs., on March 25, 1967.

The teen beauty was watching the Jimi Hendrix Experience warm up, when the legendary musician wandered over and started talking to the blushing youngster.

He handed her over a letter on the back of his guitar strings packet, which read: ‘To Anthea. Love and kisses to you forever. I wish I could really talk to you. Stay sweet. Jimi Hendrix’.

The mum-of-two, held on to the note, along with autographs from Noel Redding and Mitch Mitchell, believing that one day they would make her some money.

It will now go under the hammer at Hansons Auctioneers in Etwall, Derbs., on October 23 having been stored in a chocolate box for the last 50 years and is expected to fetch between £2,000 and £3,000.

Anthea, of West Bridgford, Notts., said: “When I met Jimi I was going out with Eddie Cooke, a guitarist with a Nottinghamshire band called Sons & Lovers.

“They were supporting The Jimi Hendrix Experience that night.

“We’d arrived early to set up. I was sitting quietly on my own with a Coca-Cola when Jimi walked on to the stage just in front of me.

“Of course I knew about Jimi, but I wasn’t a massive fan at that time.

“I was just sat there in front of the stage as they were all setting up, and then from nowhere he jumped off the stage and ambled over towards me.

“I was completely star-struck.

“He started talking to me and I was so shocked I can’t even remember what we said.

“I’d love to tell you that we had a deep and meaningful conversation. I must have mumbled something but have no recollection of it.

“I was totally awestruck – Jimi Hendrix was a complete icon.

“He turned to his band members on the stage and asked one of the guys to give him something to write on.

“He came back with a guitar strings packet, which may well have been his. He proceeded to write me this wonderful message on the back.

“I think it was because, at the time, I was the only girl in the ballroom.

“I think Eddie was both amazed and a bit jealous, to be frank.

“It was an exciting time back in the ’60s. People were a lot freer and you could wear what you wanted.

“I think my dad was pretty mortified when they heard that I was going in hot pants and false eyelashes.

“Afterwards, when I told Eddie about the note from Jimi, he said ‘you ought to hang on to it’ – and I did.

“For years it sat in an old chocolate box and home.

“I would get it out every now and then to look at it, as it was a fantastic momento of that memorable night.” 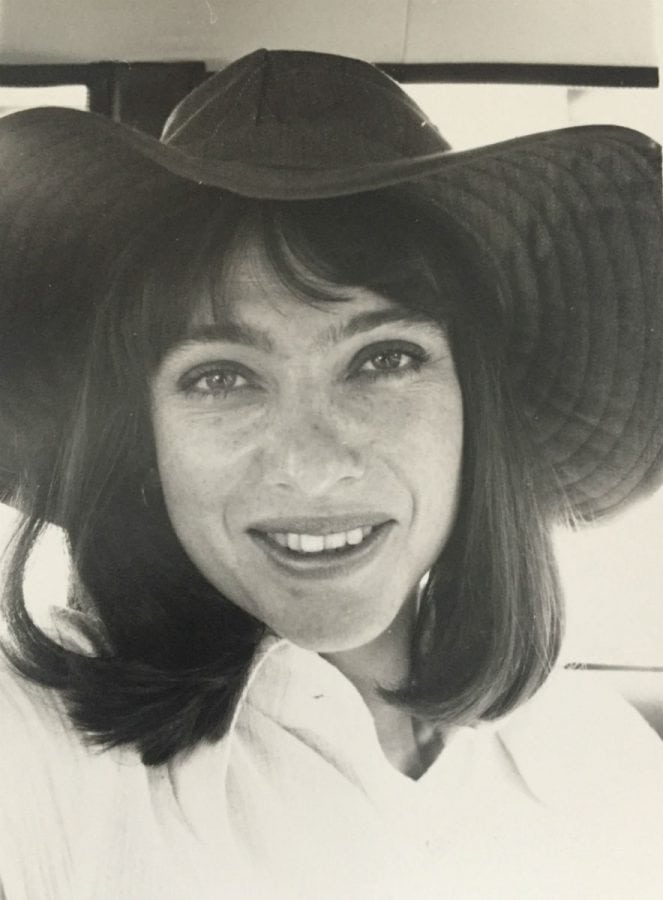 But she nearly lost the precious memorabilia before finding it in the old bedroom of her daughter Melissa Whiteman, 33, two years later.

Anthea, a retired student support services worker, added: “Back then it was valued at £900 and it got me thinking.

“Even though I was surprised by the high valuation, I still wanted to hold on to it and wait until it was 50 years old.

“But then I lost it. I had no idea where it had gone, and I was absolutely devastated about it.

“I scoured the house for two years, but I just couldn’t find it anywhere.

“I got so desperate that I nearly phoned the police to get them to help out.

“But then, one day last year, I was rooting around looking for something else in Jessica’s room, when I found a box of her old things at the back of her cupboard.

“Lo and behold, it was there, right at the bottom in its original frame.

“It was such a relief. But, having come so close to losing it completely, I decided it was the right time to part with it.

“I have two children but they’d rather I spent any money raised from selling the autograph on something for myself.

“I’d like to fly over to New Zealand next year and the money could help pay for that.

“I hope it’s bought by a huge Jimi Hendrix fan, who is really going to cherish it.”

Anthea’s husband Steve, 65, a former manager of a pharmaceutical firm, added: “Having seen photos of her in 1960s, I can understand why Jimi went over.”

Charles Hanson, owner of Hansons Auctioneers, said: “This is a rare and precious piece of music memorabilia that many fans and collectors would love to own.

“Jimi Hendrix, a rock legend, created a special memory that has lasted a lifetime for Anthea.

“That provenance makes it even more special.” 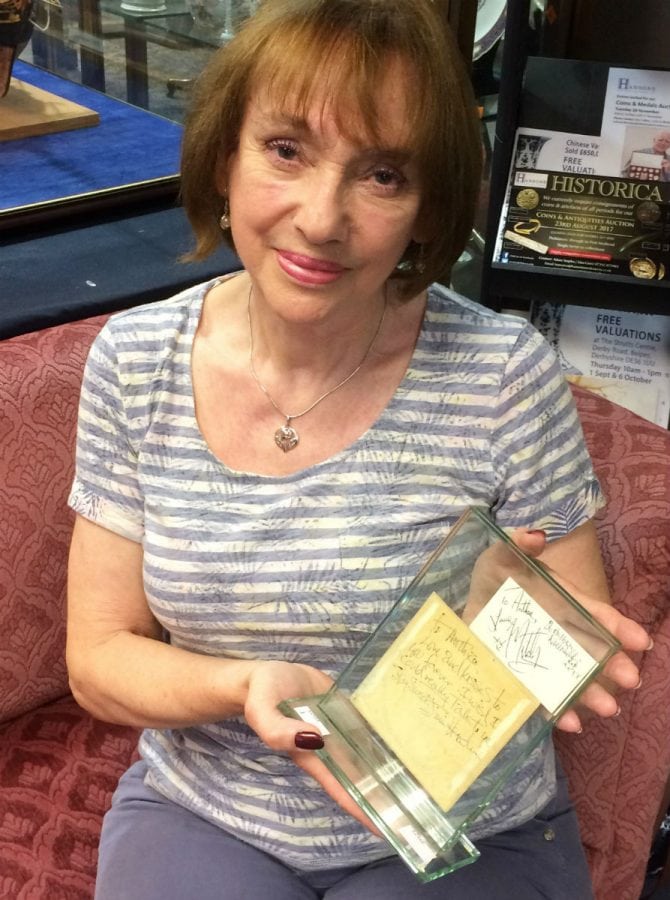