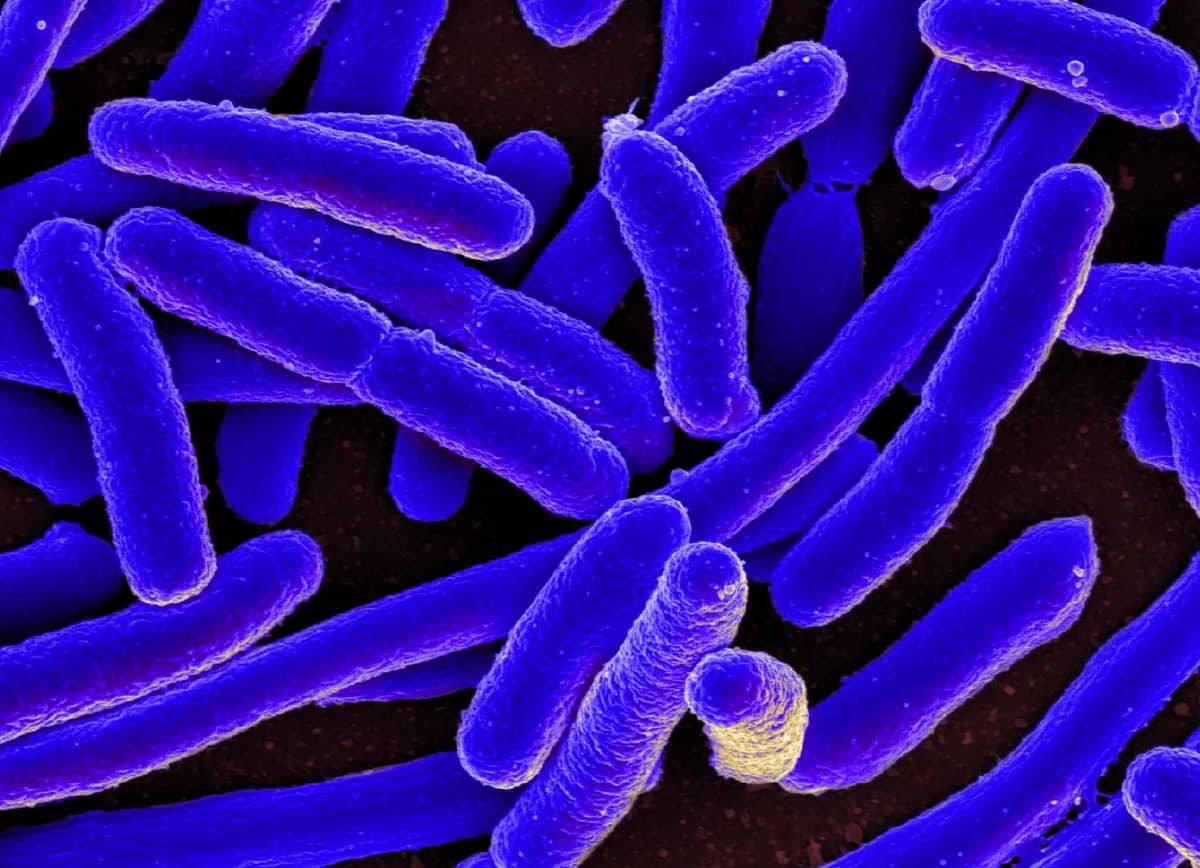 The ‘Achilles’ heel’ of deadly food poisoning bug E. coli has been discovered by British scientists.

The breakthrough could lead to new drugs for a dangerous infection that is becoming increasingly resistant to antibiotics.

Now microbiologists at the University of Cambridge have identified the protein that helps E coli spread – and become potentially fatal.

Study co leader Dr Peter Hume said it opens the door to developing a medication that targets it.

The findings, published in the journal mBio, are based on two particularly virulant strains – EPEC (enteropathogenic) and EHEC (enterohemorrhagic) E. coli.

The former causes severe diarrhoea, especially in children, and the latter haemolytic-uraemic syndrome (HUS) – a form of sepsis.

In experiments, when Dr Hume’s team stopped them injecting the protein, called EspG, into cells grown in the lab they became harmless.

It made the hosts slower and less effective in producing the vital pedestals that fix the bacteria in place. The study also revealed the chemical pathways hijacked by EspG.

Dr Hume said: “By learning how these pathways work, we think we can develop new ways of interfering with the infection process.”

Three years ago superbug strains were found in one in four supermarket chicken samples.

Modern farming techniques have been blamed for fuelling antibiotic resistance in poultry and other animals consumed by humans..

E. coli kills more than 5,500 people a year in England. It is associated with sepsis and urinary tract infections.

Chris Steele, the resident doctor on ITV’s This Morning, nearly died in 2009 after he suffered blood poisoning from an E coli infection.

Globally, more than 500,000 children die each year from diseases linked to tummy bugs – with E. Coli among the most common causes. Treatment is difficult.

Giving a person with EHEC antibiotics, for example, can trigger the bacteria to release a toxin called Shiga. This can lead to HUS – which causes kidney failure.

It means medications other than antimicrobials are required to keep these infections in check, Dr Hume said.

Researchers have long known that pathogenic E. coli injects its host with a variety of proteins, including EspG.

Until now, however, those interactions have been linked only to other biochemical functions.

Dr Hume said: “People had tried to find a link to pedestals before, but they hadn’t found one.”

His work focuses on how bacterial infections affect the cytoskeleton, a matrix that supports the shape and movement a host cell.

Those results suggested it has a role in pedestal formation with intestinal hosts that had been overlooked.

So in the latest study they infected a group of experimental human type cells with EHEC and EPEC, and another with the same strains – but lacking EspG.

Using a fluorescence microscope that lights up the markers of disease they found the latter took longer to produce the pedestals – and those produced were shorter.

Further experiments then showed the protein hijacks the cell by scavenging an active enzyme called PAK.

Earlier work has suggested an association between the two, but this is the first to connect them to the formation of pedestals.

It may shed fresh light on other illnesses, as well, as PAK has been implicated in some cancers. Studies have also shown viruses – including HIV – can activate it.

Dr Hume added: “This study may well have implications with other pathogens that manipulate the same pathways.”

E. coli infections occur after coming into contact with the faeces of humans or animals, or by eating or drinking contaminated food or water.

Symptoms include bloody diarrhoea, stomach cramps, nausea and vomiting. They usually disappear in a week.

Rest and drinking fluids is advised to prevent dehydration and fatigue. But in rare cases, such as in the young, sick or old, HUS or other life threatening conditions can develop.