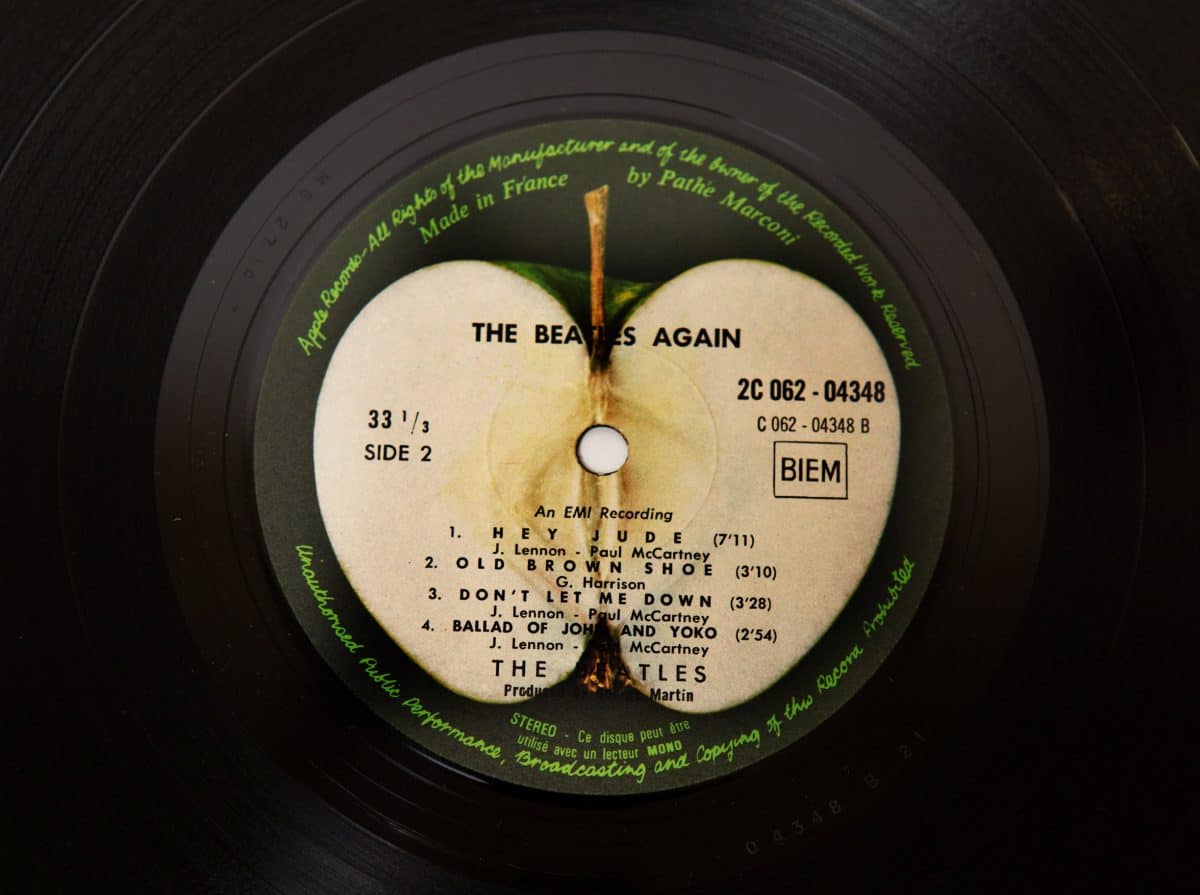 The Beatles’ smash-hit single ‘Hey Jude’ was almost never a hit – because the vinyl’s apple label was dubbed PORNOGRAPHIC, a newly-discovered letter has revealed.

The iconic song by the Fab Four was their first release from their newly-created Apple Record company in 1968.

But it was nearly scuppered because distributors feared the picture of an apple cut in half on the front looked liked a vagina.

A 50-year-old letter has been found which showed senior record executives feared stores would be reluctant to stock the record because of the image. 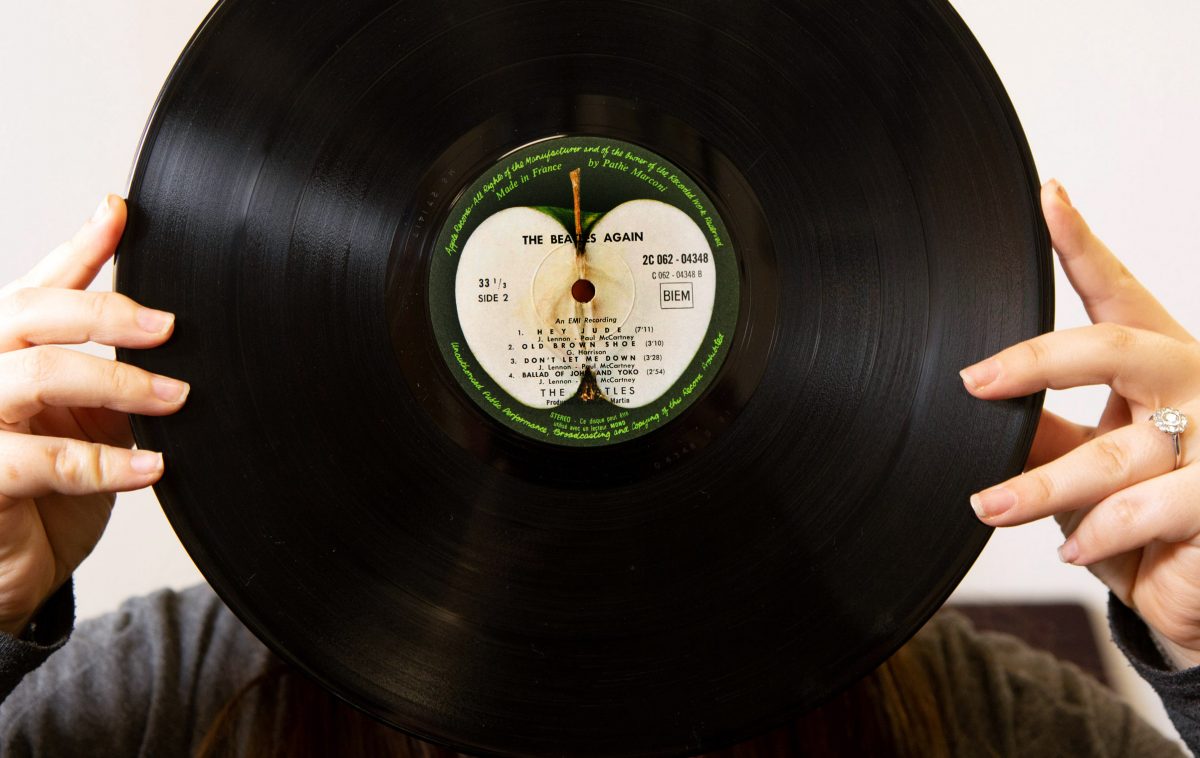 But the single was launched in August that year and went on to be a four times platinum seller, selling four million copies sold in the USA, and eight million worldwide.

The letter dated August 28, 1968, between two top record executives discussed a warning that Hey Jude would not even be stocked by some stores.

It reads: “Here’s a wild and unanticipated problem to brighten up your day.

“I just received a call from a very large and influential rack jobber in the western United States.

“He opened the conversation by saying, ‘Are you guys serious? Do you know what you’re doing? Do you really intend to sell products bearing the new Apple label?’

“He then stated that he felt the new Apple label was completely pornographic and actually depicted a vagina.

“He stated that the graphic similarity was immediately noticed by all of his key employees.

“[He] doubted that many of his chain store customers would even be willing to stock and display products containing the label.”

The letter has been revealed this week, ahead of next week’s 50th anniversary of The Beatles’ famous final public performance on the roof of Apple HQ in London on January 30, 1969. 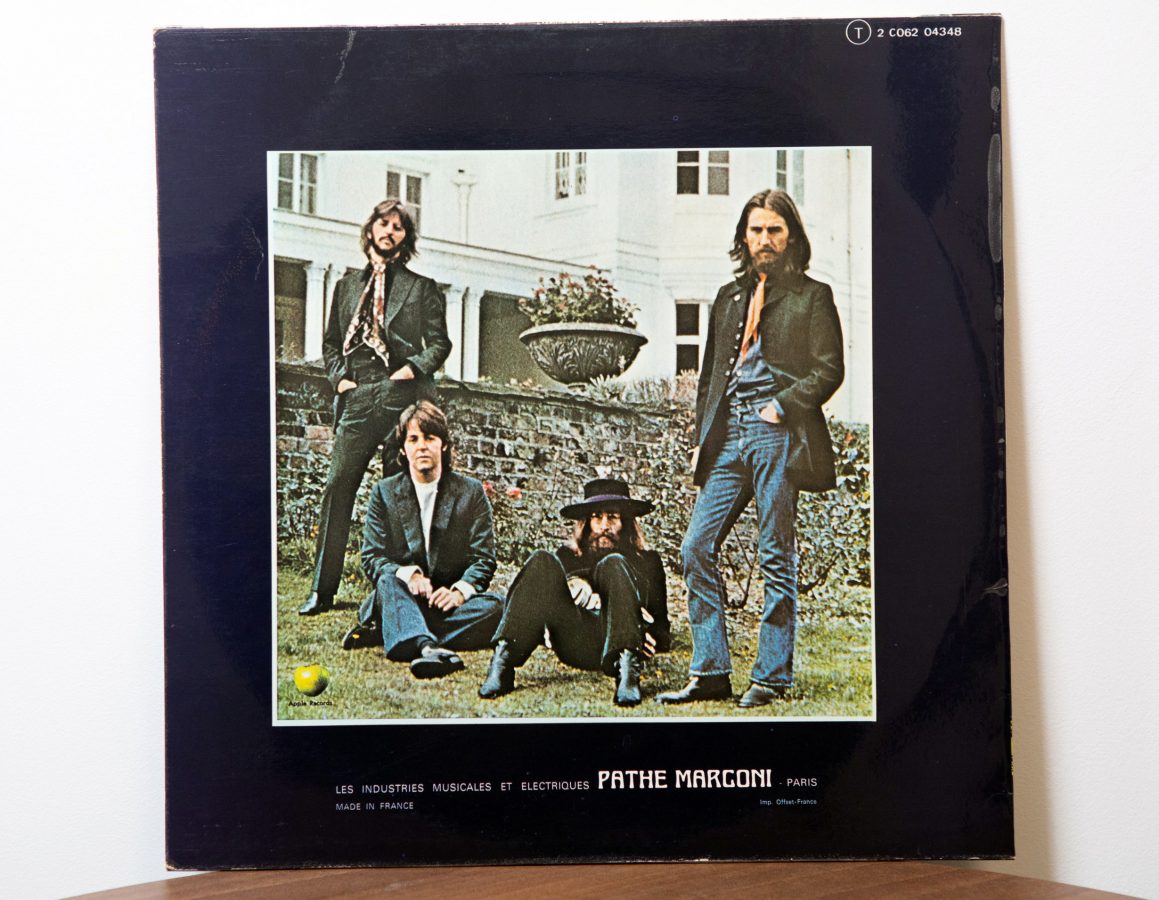 The logo was displayed prominently on the seven-inch Hey Jude record, which was backed with “Revolution” on its B-side.

And it was also displayed on Apple Records’ other debut single, Those Were The Days by Welsh folk singer Mary Hopkin, with “Turn Turn Turn” on its B-side.

Mr Gortikov’s letter to Mr Kass was dated two days before the UK release of Hey Jude and Those Were The Days – but two days after the songs American releases.

And in his concerned letter, he adds: “I don’t know how widespread the aforementioned observations are… however, if true, we will have a problem.”

He went on to suggest airbrushing the record to eliminate “all the detail in the centre part of the open half-apple, so that it merely is a uniform white printed area without sexual overtones”.

However, in a tongue-in-cheek handwritten post-script, Mr Gortikov admits he reacted politely but boldly. 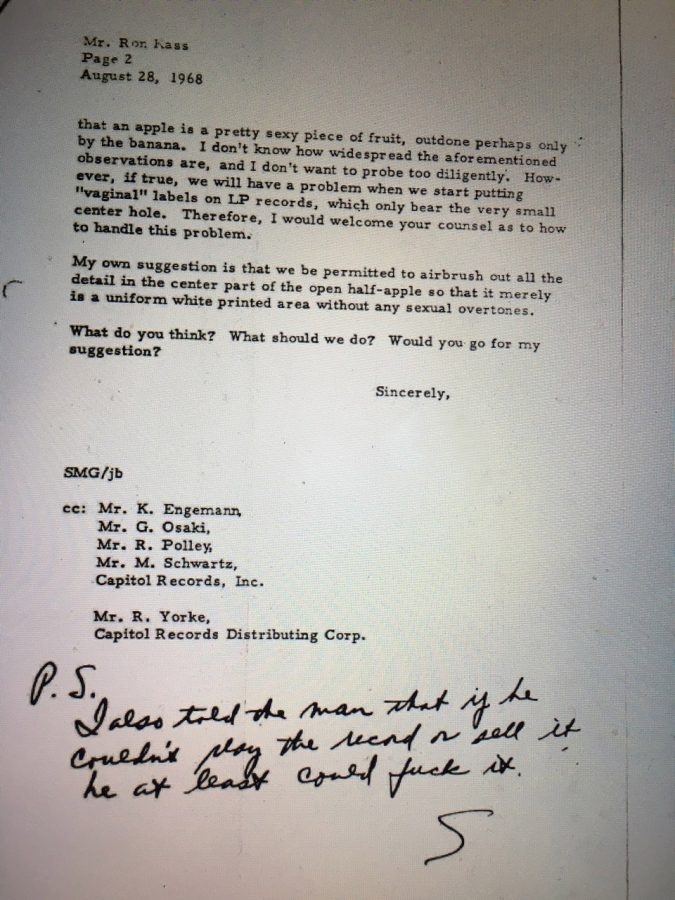 He wrote: “I told the man that if he couldn’t play the record or sell it, he at least could f*** it.”

Judging by adaptations made to Apple Records label designs over the years, there have been several responses by the company to this unexpected challenge.

Some record releases had labels that were completely airbrushed, while others added a pip to the apple core to make it look more apple-like.

Others had the colour and contrast between the core and the white flesh of the apple reduced to minimize the likelihood of offence. 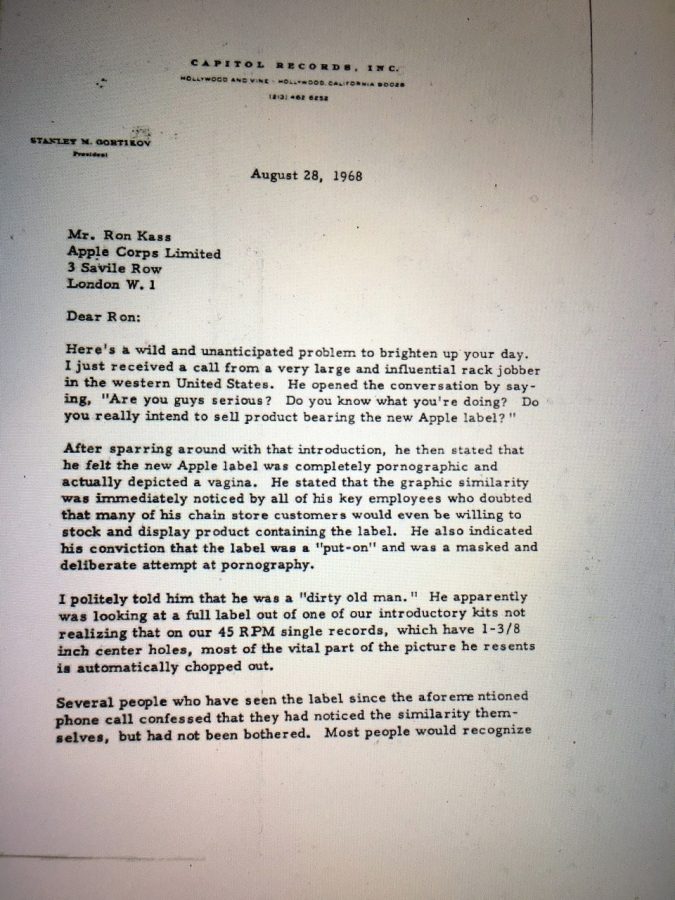 But some label designs remained similar to the original record label that had caused the controversy.

And, despite concern from record executives, The Beatles and Mary Hopkin saw “sky-high” sales, and held the number 1 and number 2 chart spots in the UK and US for several months.