By Victoria Bamber, Building Giants’ Manager and Head of Communications at Skiddle It’s 2pm and we are running late. Again. Due in Camden at 6pm for a soundcheck, we are loitering 300 miles away on the M6 crawling by in second gear. Again. “What’s the Sat Nav saying?” I ask for the sixth time that […] 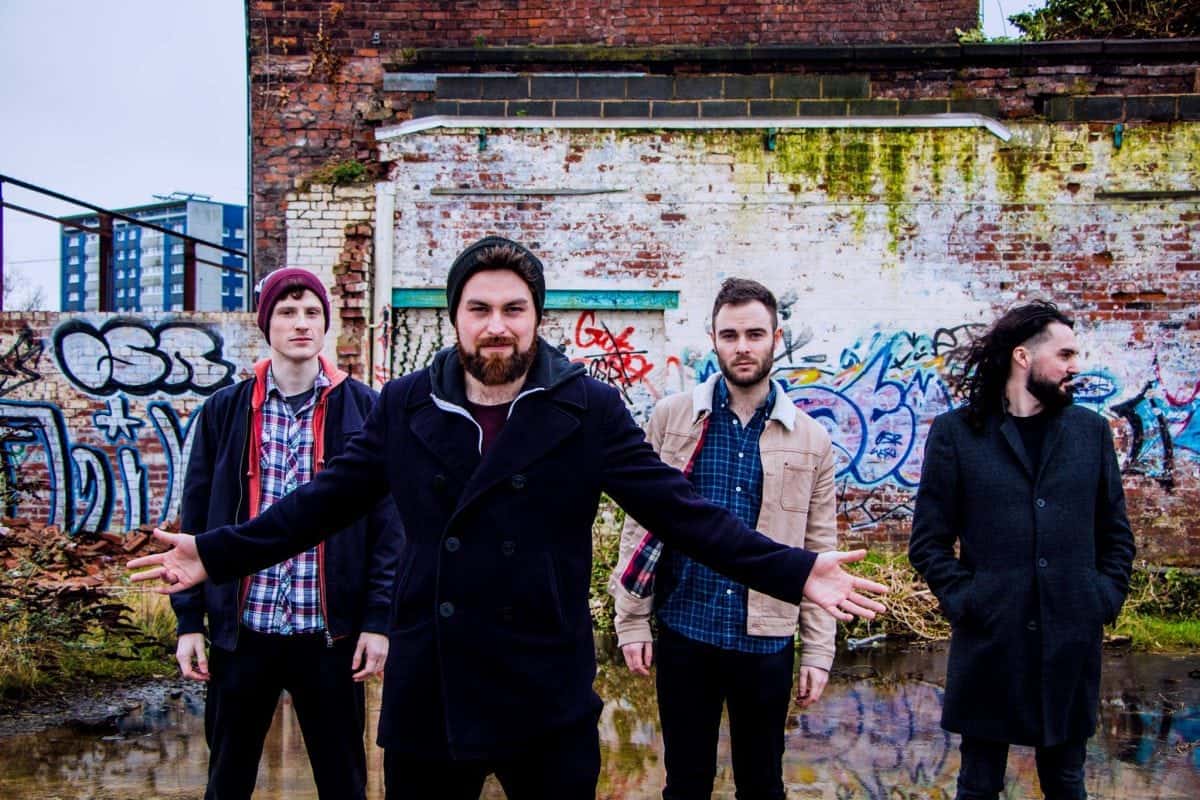 By Victoria Bamber, Building Giants’ Manager and Head of Communications at Skiddle

It’s 2pm and we are running late.

Due in Camden at 6pm for a soundcheck, we are loitering 300 miles away on the M6 crawling by in second gear.

“What’s the Sat Nav saying?” I ask for the sixth time that hour, chewing on my thumbnail and pulling out another chunk of hair.

I make a call to The Monarch apologising and sink back into a guitar case, trying to ignore my bladder and the fact the petrol gauge is once again, flashing menacingly.

I know what you’re thinking.

“Why didn’t you set off earlier?”

The problem is, we did.

For musicians, the band I manage are surprisingly prompt. But it doesn’t matter how prompt you are if you live a six hour drive away from London and a cow decides to make a bid for freedom, crossing three lanes of traffic in the process.

We arrive in Camden and make our apologies. Thankfully some of the other bands have been delayed too, so we didn’t miss the soundcheck. The band are knackered. We didn’t have time to stop at a service station on the way down, so all we’ve eaten this afternoon are mini cheddars and half an onion bhaji each.

I get a pint and worry about car parking. We couldn’t find a space nearby, so we chucked the van in Morrison’s car park and hoped for the best.

Building Giants play their half hour set. It went well. Turn out was okay, considering it’s a weekday before payday and we saw a few familiar faces. It’s hard to gain a following in London when you’re from the North and don’t have any cash to promote or market yourself. We’re grateful to those who came to watch and we tell them so with hugs (we can’t afford to buy them any drinks).

After the set, we stay and watch the next band. Then, they’re called upon for an interview. I can tell they’re exhausted and just want to sleep, but thankfully they hide it for the cameras. The interviewer asks what band life is like. They gloss over the negative bits and say its amazing.

Near Birmingham, we realise the petrol light has been blinking for a while. We pull into a service station and cobble together £20 in two-pound coins and a couple of scruffy fivers. It should, just about, get us home. Greggs is closed, so I buy a bag of popcorn and a chocolate bar.

It’s at this point we realise we played another gig without earning a penny. We didn’t even earn enough to cover our travel or expenses. It’s disappointing, but unsurprising.

I arrive home – an hour north of Manchester – at 3am. We’re all up for work at 7am, so I’m already dreading the alarm. As well as touring with the band, we all have ‘normal’ jobs too. Joe – bassist and lead singer – works for the Council in environmental services. Tom, the guitarist, is a business advisor. Drummer Huw, is a video editor. Only Matt, one of the guitarists, works in music – in account support for event guide and ticketing outlet, Skiddle.

We have a couple of days off and the whole cycle begins again. We’re back in London on Friday for a gig at The Dublin Castle and then straight up to Lancaster the day after to play the BBC Music Introducing stage at Highest Point Festival. It isn’t unusual for the band to play four gigs in a week, alongside their full-time jobs. The rest of the time they spend practicing or emailing round festivals and venues booking gigs. It’s a never-ending, exhausting and – at times – monotonous cycle.

Why am I telling you all this?

Well, I wanted to lift the lid a little on what life in an up-and-coming band is like. I suppose in a way I might sound a bit ungrateful or moany. But so often, a musician’s lifestyle is portrayed as glamorous and hedonistic: you gig, girls scream, you get drunk and you disappear into the back of a blacked-out range rover, pockets stuffed with cash.

Obviously, some bands have this experience. Maybe the ones that ‘make’ it (whatever that means). For the others, the ones that are plugging away – no less talented; but without money, connections, a handy geographical location – or even luck, it’s bloody hard work. It’s important to talk about this aspect of touring too.

When you ask the band why they do it, they say for the love of music. I guess in a way it’s like a vocation – like nursing or teaching. They don’t do it for the fame, the money or the adoration. Don’t get me wrong – of course, it’s a lot of fun too. But, so often the pitfalls are glossed over, which isn’t always healthy or realistic.

Now, in 2018, it’s even harder. Venues are shutting down at astronomical rates and budgets are extremely tight. It’s also difficult to encourage people to turn off Netflix and go and watch live music at local venues, no matter how affordable the price or how talented the artist is.

This year, the band had a breakthrough. As well as their twelve-hour round trips to London; playing to a handful of people in musty basements for no money, they will also be playing the main stage at a couple of festivals. Their energy is the same for every gig, but it’s always nice to know that the hard work, determination and blind faith is slowly paying off.

They’re not asking for a lot. A full tank of petrol would be a start.

You can find out more about Building Giants by visiting www.buildinggiantsband.com

You can also find them on Facebook and listen to their music on SoundCloud.

As well as managing Building Giants, Victoria is Head of Communications for Skiddle. She wants to assure you, she doesn’t moan this much if you meet her in person.