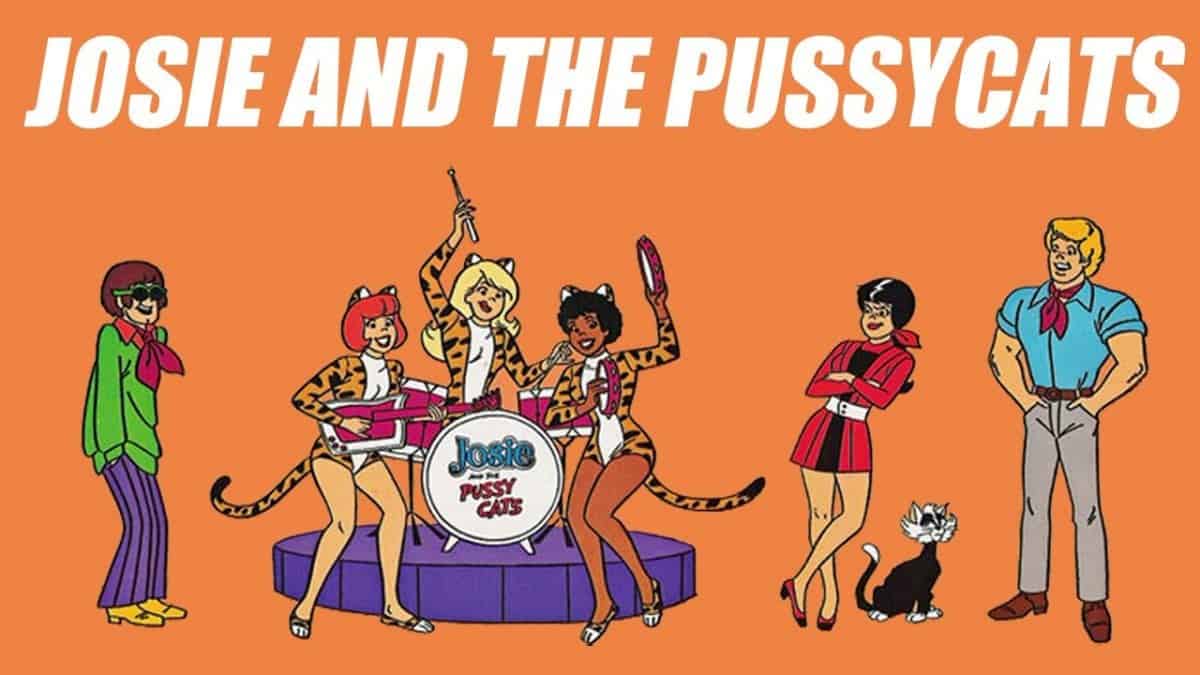 I’ve deliberately left the first two names you’d think of off this list. Spinal Tap and The Blues Brothers are, of course, the gold standard of movie bands, but they seemed such obvious picks that I wanted to use those two slots for other bands.

Josie and the Pussycats have had several different incarnations, in comics, animation and now on Netflix’s Riverdale, but it’s the version from the criminally underrated 2001 film we’re looking at here. The actors don’t play and sing in this case (the vocals are by Kay Hanley of Letters To Cleo, who had previously appeared with her band in 10 Things I Hate About You), but the songs are brilliant slices of late 90’s/early 2000’s guitar pop. In particular, 3 Small Words and Pretend To Be Nice both still sound fantastic. The film’s soundtrack was recently released on LP. The actors reunited for the occasion, Letters To Cleo played live and yes, the songs still sound as good as they ever did. I hope the movie gets it’s long overdue moment too. Note: The other band in the movie, DUjour, are intentionally terrible, but their songs are hilarious, dead on parodies of shitty boybands.

Pretend To Be Nice [Live]:


The Rutles: All You Need Is Cash

Eric Idle and Neil Innes’ affectionately merciless parody of The Beatles may be the greatest movie band ever. The songs are dead on as spoofs of the many incarnations of The Beatles’ sound, but they’re also incredibly catchy songs in their own right. Some (Ouch!, for instance) wink at us quite heavily, but Idle and Innes always prioritise a great song over a joke. I Must Be In Love is a particular standout; a great riff on the Fab Four’s early material that you can imagine being in the charts alongside them.

I Must Be In Love:

John Carney began as a musician and he’s taken that into his work as a filmmaker with Once, Begin Again and Sing Street. Sing Street doesn’t have a cohesive identity as a band, as the band is formed by Conor (Ferdia Walsh-Peelo) just so he has an excuse to talk to Raphina (Lucy Boynton) – hey, there are worse reasons – and each of their songs is written as a reaction to the music that he is listening to in that moment. This leads to some excellent nods to dominant artists of the 80’s, like the Duran Duran inspired Riddle of the Model. For me though, the standout is Drive It Like You Stole It, written after Conor discovers Hall and Oates, a classic piece of 80’s power pop with a video that nods to Back To The Future’s prom scene. Really though, the whole soundtrack is a tribute to the versatility of John Carney and his collaborators, slipping between genres and registers with ease and always coming up with a great melody.

With accomplished musicians backing up actors Jason Lee and Billy Crudup (doing their own vocals and guitar playing), Cameron Crowe’s excellent taste and songs by Mrs Crowe – Nancy Wilson of Heart – of course Stillwater are brilliant. I still play the EP that came with the original US release of the film’s Untitled cut. Obviously Fever Dog, the single from the film’s soundtrack, is the best known Stillwater track and it’s probably also their best song; a stomping 70’s style rock record with a great riff and impressive vocals from Jason Lee (who is clearly having THE BEST TIME when they’re playing it live in the film). Like so many of the bands on this list, it feels like you could bill Stillwater with other bands from the era the film is set in and they’d fit right in, and play a great show.


The Wonders: That Thing You Do

Sometimes you only need one song. That Thing You Do, the song, had to be so pitch perfect for the film to work. It had to feel like a lost slice of classic 60’s pop, like something a band could never follow. It had to be catchy enough to get under your skin within seconds and good enough that you wouldn’t get bored of hearing it over and over. It does all of that and more. I like the film well enough, but frankly the song is probably better. Brilliantly, it actually made The Wonders one hit wonders in real life and, instant earworm that it is, 20 years on it has taken on that status of a lost classic.

That Thing You Do:

This is the only film on the list that I suspect quite a few readers won’t know, which is a shame, because it’s a lovely, funny, coming of age movie that deserves to be more widely seen. It’s a Japanese film featuring Korean actress Bae Doo-na as a Korean girl spending a semester as an exchange student in Japan who gets talked in to being the vocalist for her new friend’s band. It’s fairly standard stuff, but very well acted by Bae and the rest of the cast. Paran Maum (The Blue Hearts in Korean, after the band whose songs they cover) aren’t polished, but that’s fine, the punk tinged songs are all played and sung by the actresses and it’s the energy and the cathartic feel of the music, especially the final performance, that makes this a great movie band.