By Duncan James My first Bank Holiday Ride Out for 2016 and the weather forecast had Storm Katie hitting our shores. Typical, I thought. When I passed the Dick Turpin on the A127 – a meeting point for the Mods before they arrive at Southend – it didn’t look good. There were just a handful […] 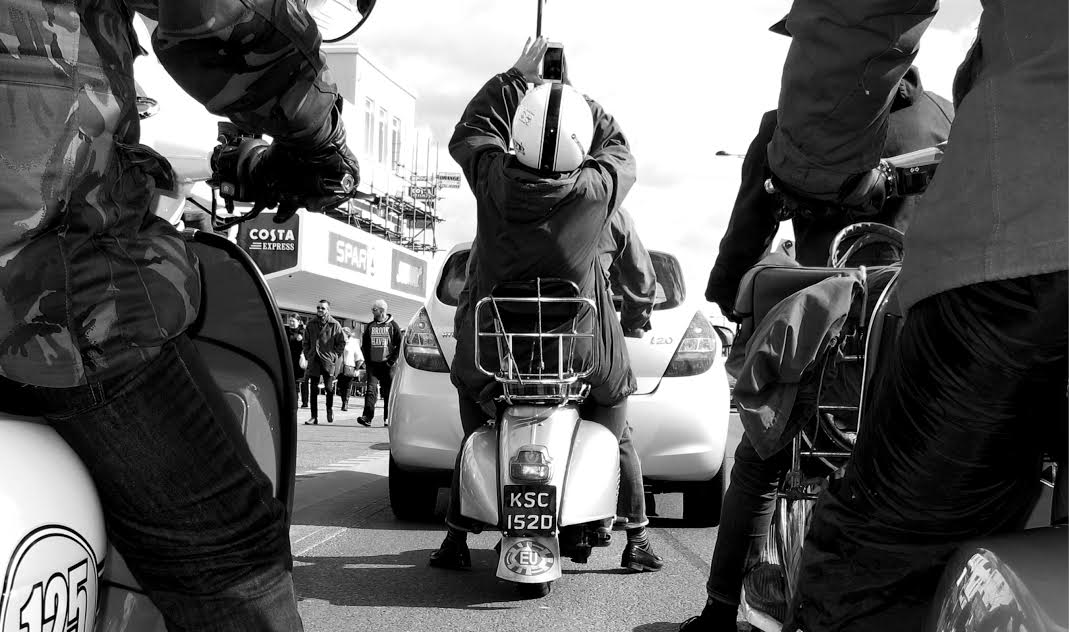 My first Bank Holiday Ride Out for 2016 and the weather forecast had Storm Katie hitting our shores. Typical, I thought. When I passed the Dick Turpin on the A127 – a meeting point for the Mods before they arrive at Southend – it didn’t look good. There were just a handful of scooters in the car park. 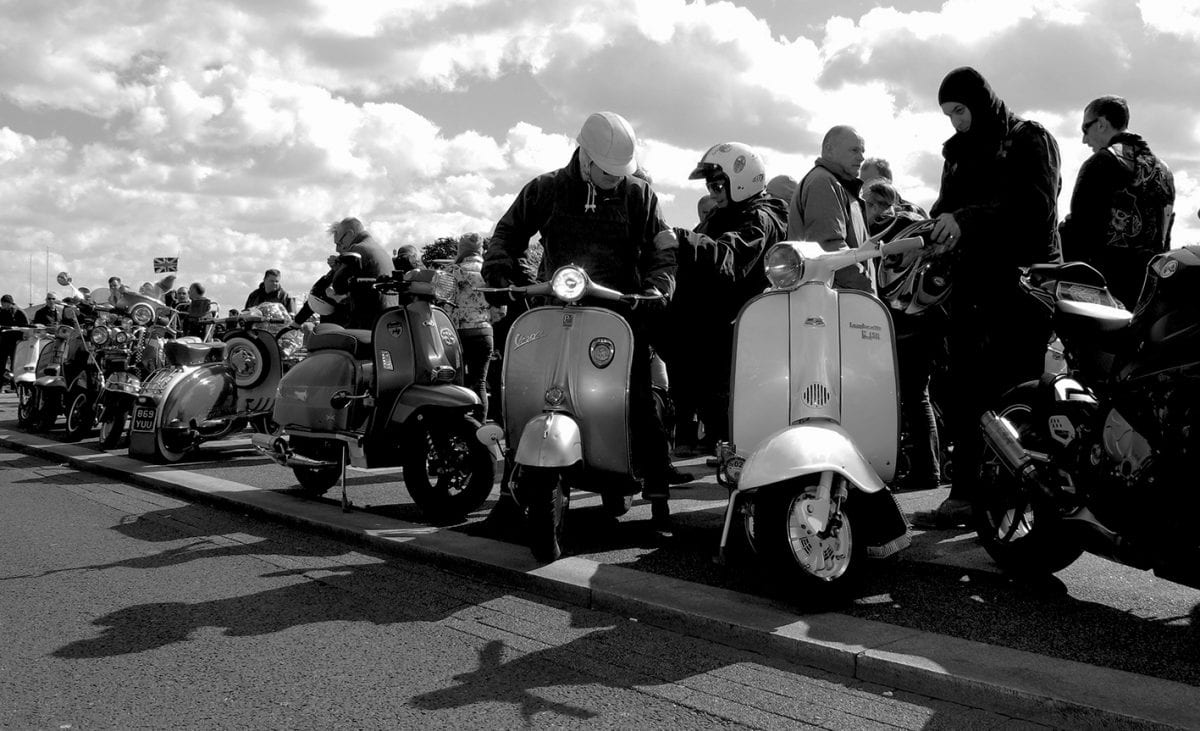 On arriving at Southend, though, Storm Katie was nowhere to be seen. It was here on the sea front, among hundreds of leather-clad bikers, that I came across a group of Mods and their scooters. The weather was grim but it began to pick up. And as the day got going, more Mods started turning up. 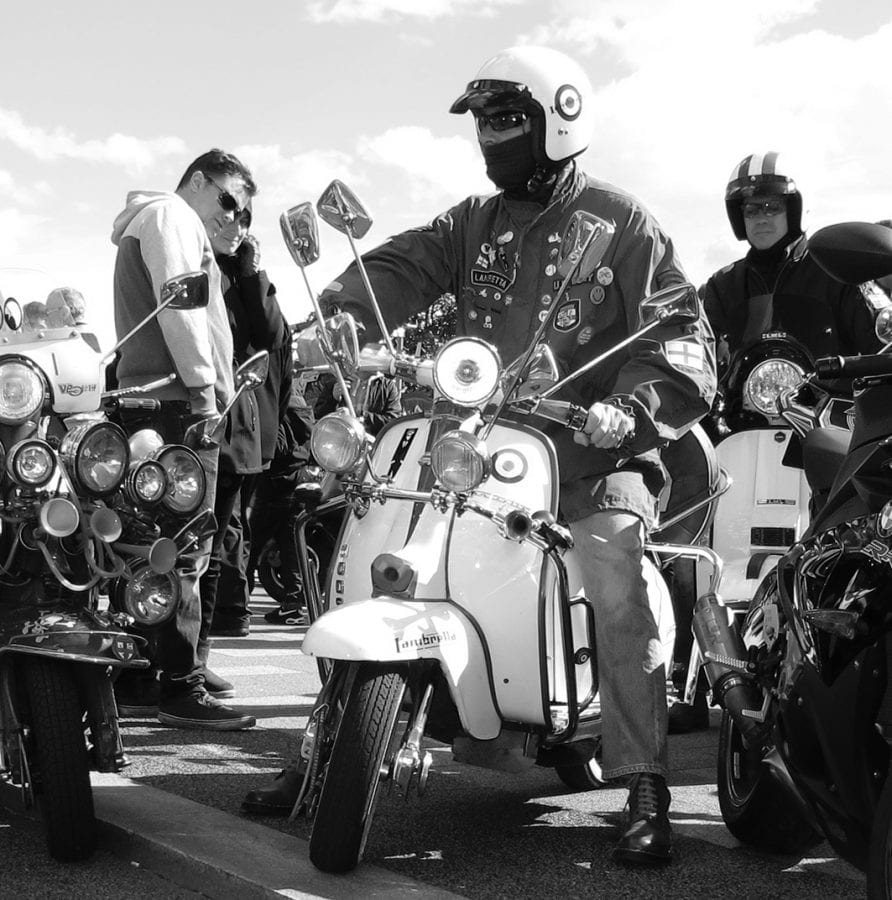 This particular group was the Southend Splinter Scooter Squad, and special thanks must go to Neil Kidwell and Allan King – they weren’t just incredibly helpful on the day, but they’re also really enthusiastic about the Mad Mods project. 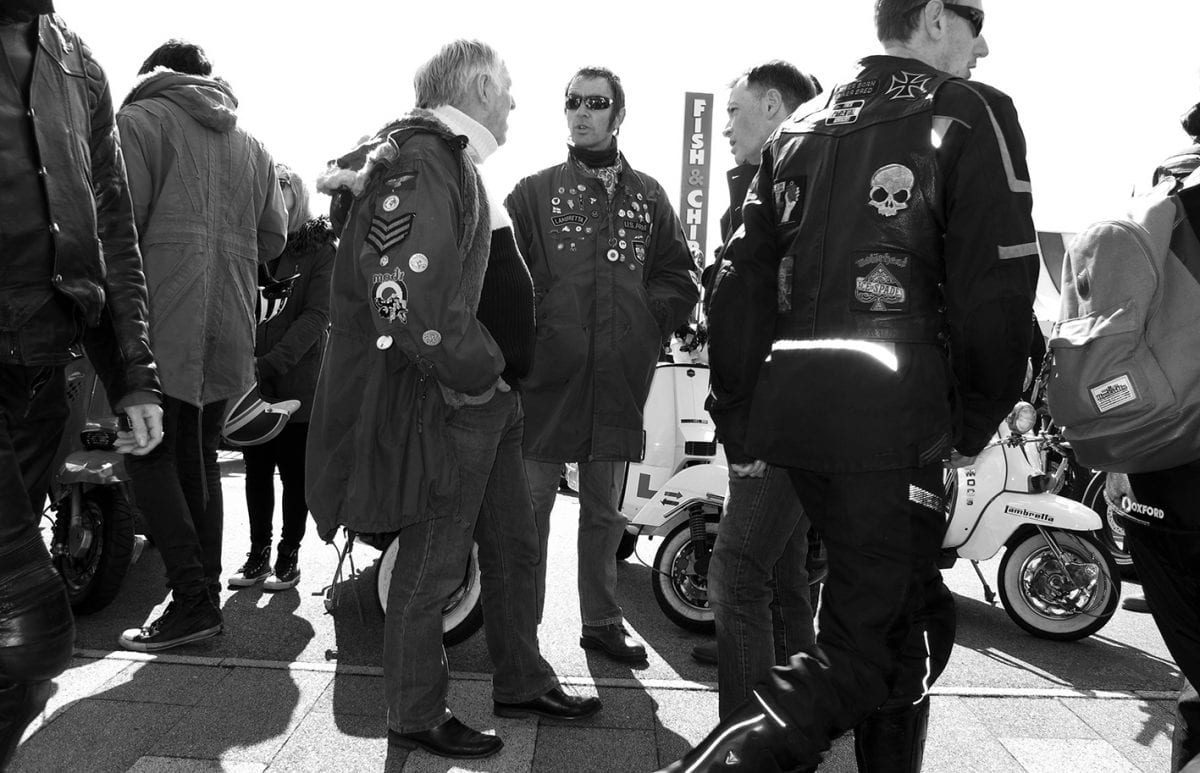 In fact, on seeing the results I captured on that grim-looking Monday, they’ve invited us back down to Southend to set up a shoot with all their Scooter Squad members. That’s a massive compliment, so cheers to them both. 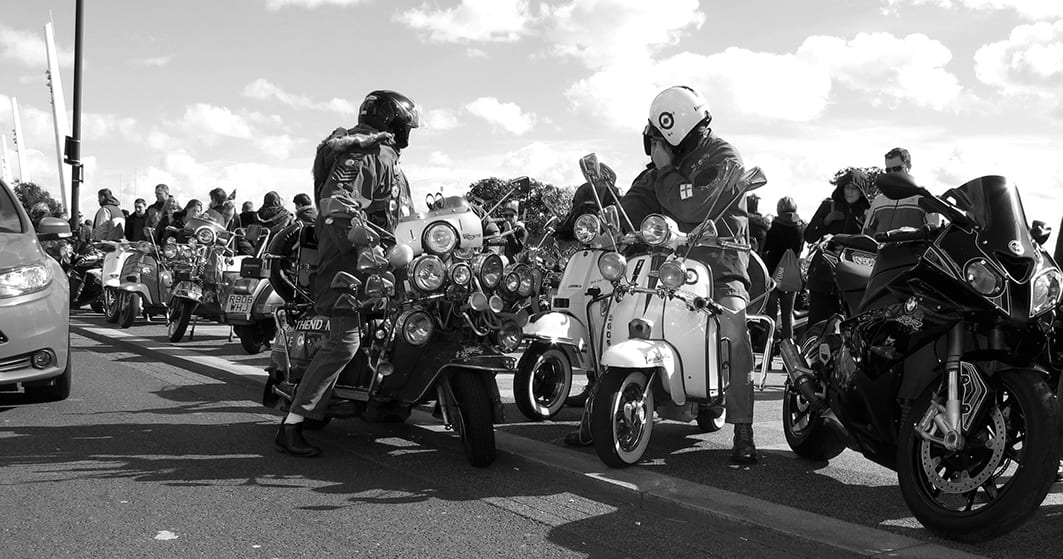 What’s really obvious when talking to the guys is that the Mod revival and resurgence in the culture is happening here and now. I truly want to capture it with this whole project. This is an amazing experience in every sense. 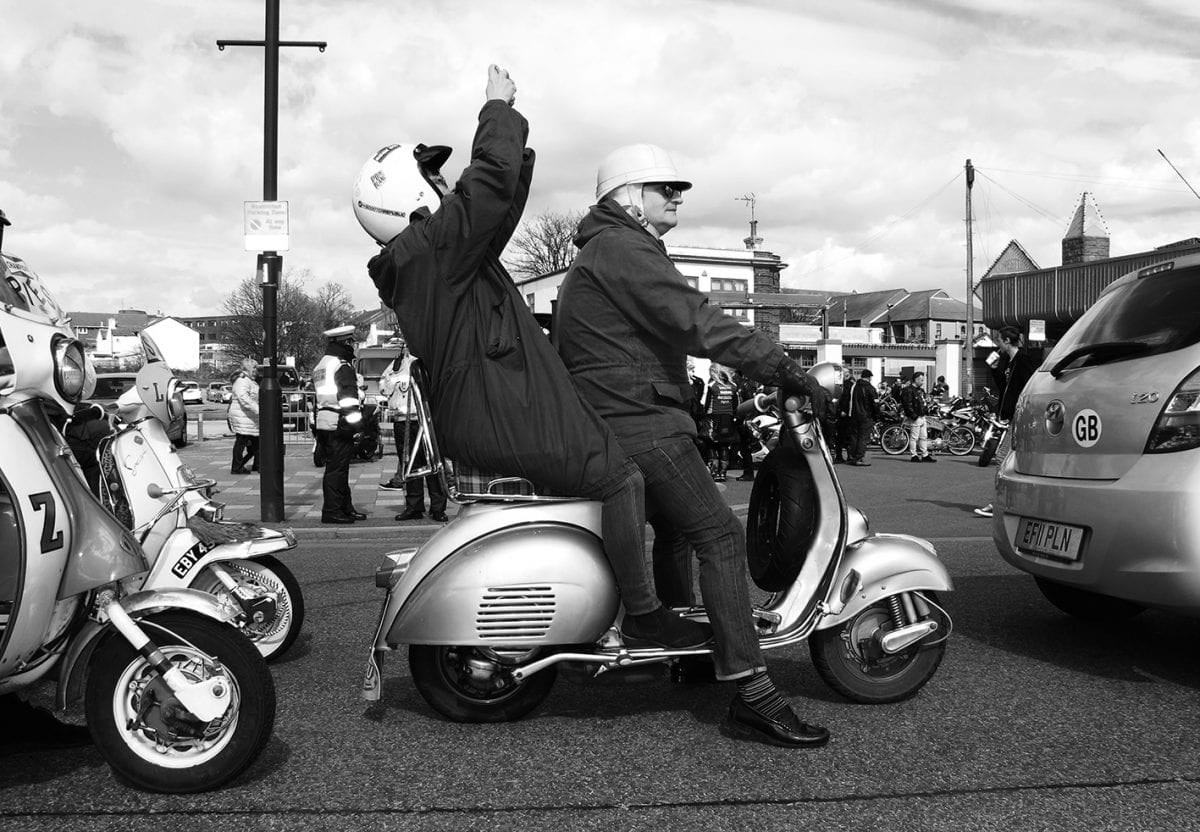 Adaptor clothing shared my first post and even Ben Sherman clothing tweeted out my first article via the London Economic. Through Adaptor clothing I had a great chat with Phil who runs the business, and I’ll be meeting with him very soon.

I feel there’s real momentum building behind Mad Mods now. Since the London run out (link to last article) the feedback has been fantastic, especially from Gary Horwell and Perry Tomlin, whose input has been priceless. They’ve really taken Mad Mods and a Camera under their wing and helped make sure it gets off the ground. 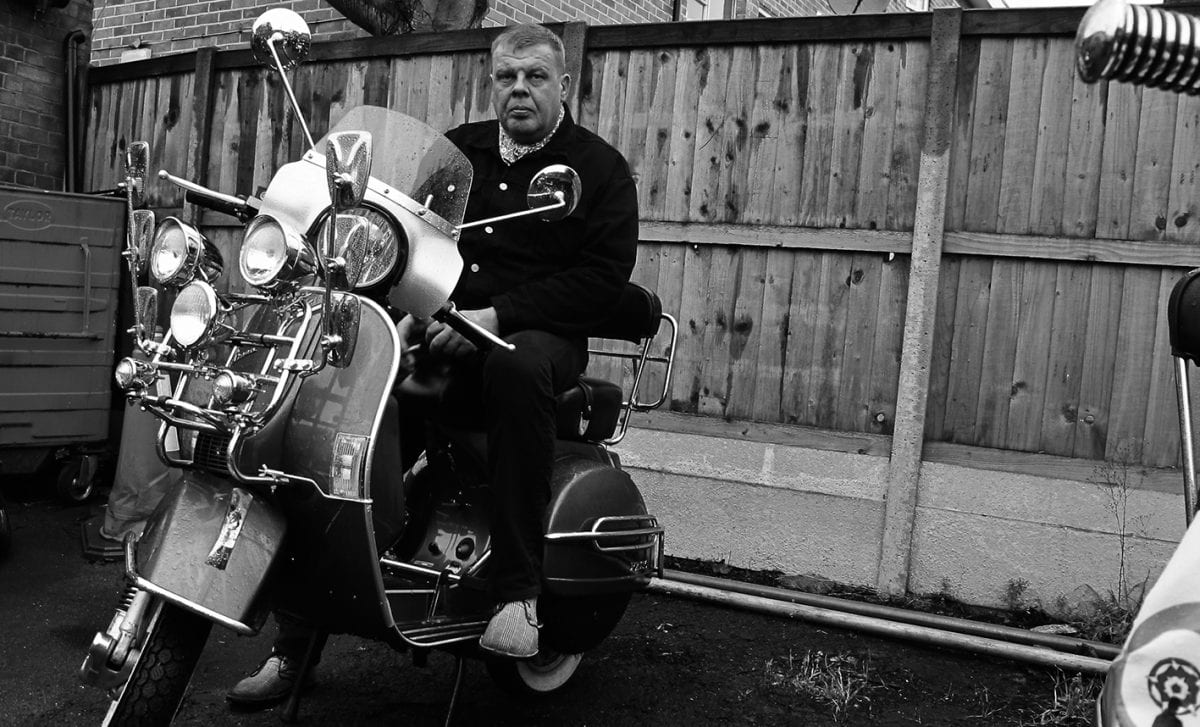 They’ve come up with some great ideas for some more photoshoots that will capture the essence of Mod life, and I look forward to sharing those images in future articles. A massive thank you to them; they really get what I’m trying to do. 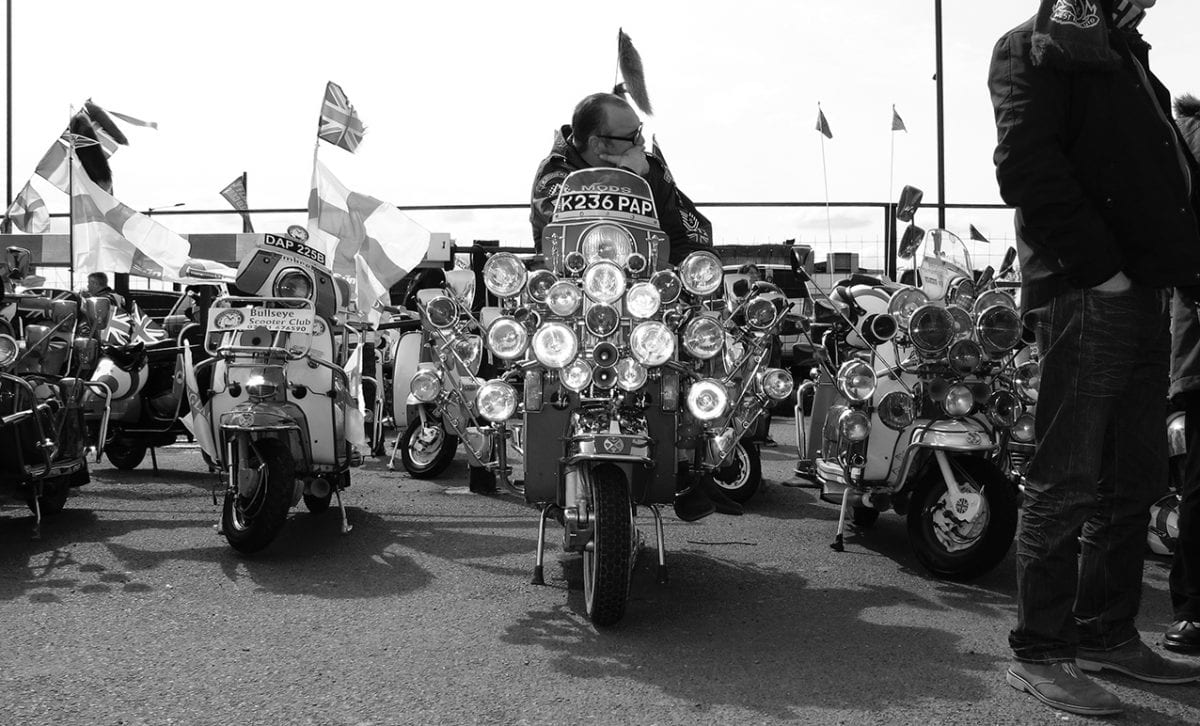 My furthest shoot will be a trip to Newcastle to shoot the Inbetweeners Scooter Club. That came about because a good friend of mine, Bill Redhead, saw some Mods outside a city centre pub and mentioned Mad Mods and a Camera to them.

The next thing I know, I’m having conversations with the guys and looking forward to making the trip. 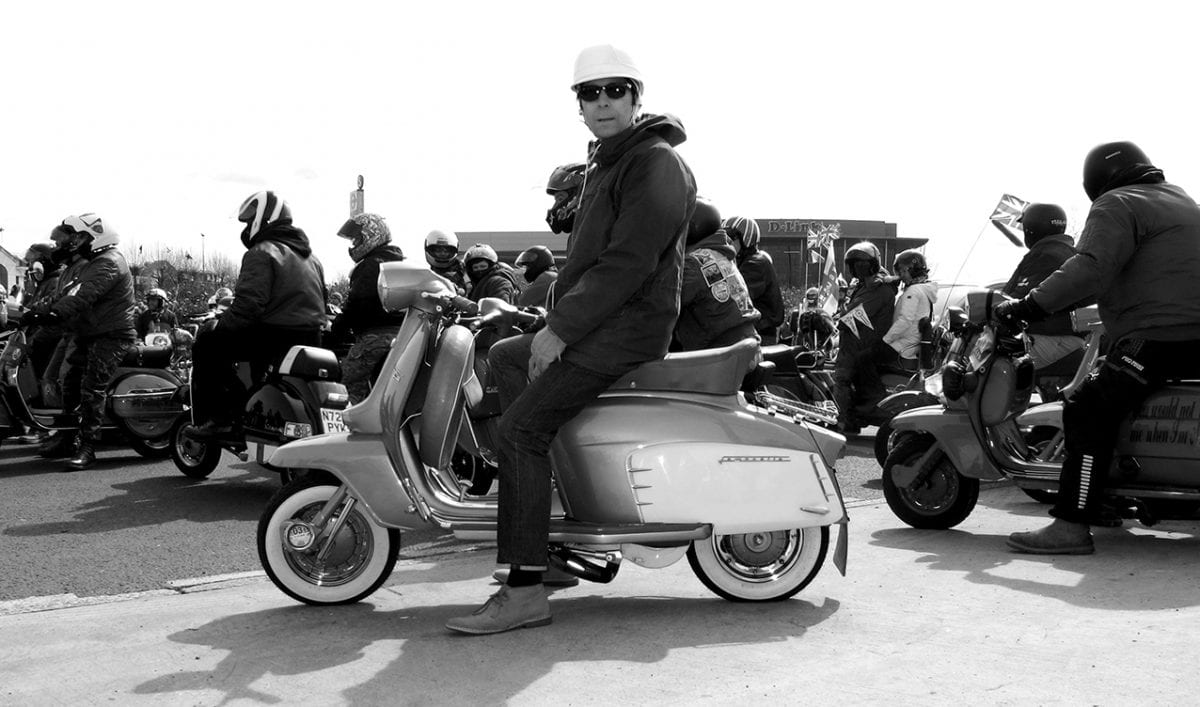 Anyway before I go want to give a shout out to the Bracknell Mods, looking forward to hooking up very soon. 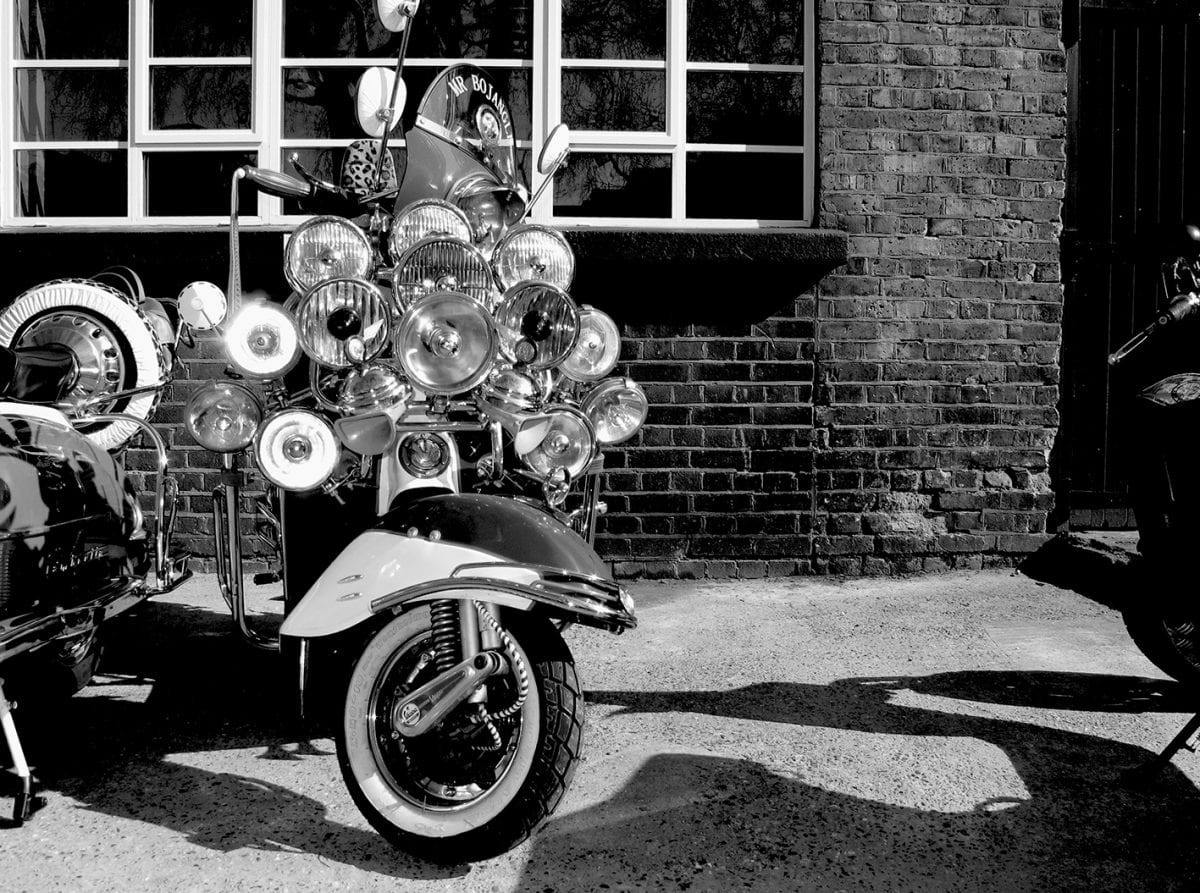 The next event shoot is May 1st at the Buckingham Palace scooter run. More Mod life pictures to follow, no doubt about that. And once again a huge thank you to Perry and Mark for your time.