Larry Lamb was a man who, along with bearing a plethora of other scars from a life on Fleet Street, had a prominent mark on his forehead that for years was a source of great speculation within London’s notorious publishing district. His reputation often proceeded him and the rumours were that his fierce temper and […] 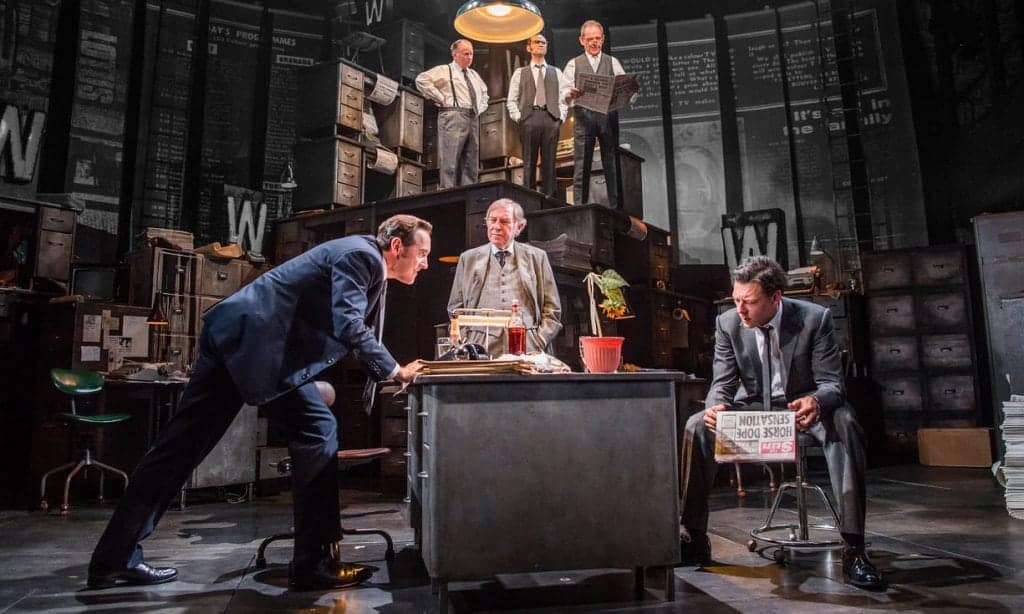 Larry Lamb was a man who, along with bearing a plethora of other scars from a life on Fleet Street, had a prominent mark on his forehead that for years was a source of great speculation within London’s notorious publishing district. His reputation often proceeded him and the rumours were that his fierce temper and unwavering stubbornness had landed him in fights with the Krays who had repeatedly bludgeoned him before tiring of his stern resilience. The truth of the matter was a far less enticing tale of a dropped pen and precariously placed news spike. But we mustn’t let that ruin a good story.

Such brazen attitudes towards the truth, of course, would never have got near a newspaper’s editorial strategy at the time Rupert Murdoch bought his first daily and enticed Lamb in to the job of editing a failing publication. The Sun had become an afterthought of publications such as The Mirror and, to a lesser extent, The Mail, The Times and The Guardian, and even though Hugh Cudlipp’s rag was on board with the notion of ‘popular’ journalism it certainly was in no mood to eschew age-old journalistic principles and integrity which still existed on the street.

As such it was always going to take an outsider to disrupt the flow of Britain’s established national media, and it came in 1969 in the shape of the brash and brazen Rupert Murdoch. The Australian media mogul had purchased the News of the World the year before but really needed a daily in his arsenal if he was going to properly shake things up as well as a man at the helm who shared his vision. Together they re-shaped The Sun’s editorial output and made it a paper for the people, ridding hard-lined editorial content for free stuff, horoscopes, celebrity tittle-tattle and, of course, the weather in a prime position on page two. But as circulation started to swell the underlying feeling amongst the ranks was; at what cost.

That is what the highly-acclaimed production of INK, staring Richard Coyle as Larry Lamb and Bertie Carvel as Rupert Murdoch, looks to address. As well as documenting the meteoric rise of the publication from a circulation of 650,000 to 4,000,000, passing its bitter rival the Daily Mirror and destroying its claim to be the legitimate voice of the working classes, the play also looks to address the trail of destruction it left in its wake by doing so. At the time that manifested in the high-profile case of kidnap of Muriel Mckay, mistaken for Murdoch’s wife, held to ransom and murdered, and the introduction of the page three girl. Both tools in the paper’s circulation war.

But the legacy implications of what was started by Lamb and Murdoch are there for all to see. The invasions of privacy, the phone-tapping, the influence that has triggered seismic political earthquakes were all knock-on effects of the paper’s drive “to give people what they want”, and INK does a remarkable job in showcasing the trials and tribulations of doing so. As former editor Kelvin MacKenzie wrote in the Spectator after the press viewing, “it is exactly as I remember it”. And you can believe him. But to what extent was that a good or a bad thing? There’s no doubt that there are two dogs in that fight. On the one side there is the belief that it is ultimately the job of a newspaper to sell copies, and Murdoch was the first to be open about boardroom policies which existed across the board. Advocates of the same school of thought will also point out that people want good stories and in recognise that in some instances there is a certain trade off to be done to get that. The Sun is merely giving them what they want.

But on the other hand it has consequences. It has consequences that has ruined many lives whether you are Princess Dianna or a schoolboy targeted by Islamophobia. And it has to some extent changed the role newspapers play in politics, even though there is legacy there. Is that a price too much to pay for a good story? That’s for you to make your own mind up.

INK runs at the Ameida Theatre until 5th August. Tickets can be found here.