Despite profound deafness, the acclaimed British novelist David R Ewens never learned to lip read or to use sign language. Instead, his family taught him to ‘ignore the deafness and carry on’ – a mantra he relies upon to this day. In this candid, exclusive interview, he reveals how his mother’s tough love helped him […] 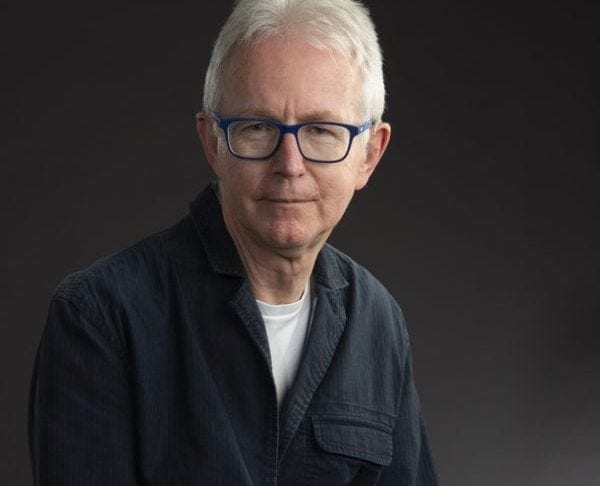 Despite profound deafness, the acclaimed British novelist David R Ewens never learned to lip read or to use sign language. Instead, his family taught him to ‘ignore the deafness and carry on’ – a mantra he relies upon to this day. In this candid, exclusive interview, he reveals how his mother’s tough love helped him to cope with social isolation and how he turned an impairment to his advantage.

I am stone deaf, but I have written five novels, and the ability to do that comes from the same source enabling me to do almost everything else that a hearing person can do: my mother’s determination that I (and my deaf brothers) would be treated in the same way as any non-deaf child. We did not get statements of special educational needs (and probably wouldn’t have even if the mechanism had existed when we were children). We did not learn to sign or formally lip-read. We were brought up unequivocally in the hearing world. Our family’s unspoken mantra was an adaptation of ‘Keep calm and carry on’: ‘Ignore the deafness and carry on’, and the result is a decent life with decent milestones and achievements.

The deafness, most prevalent in the high frequencies, has always meant a degree of social isolation, challenges at school and beyond, and difficulties in conversation, especially in noisy places (i.e. pretty much everywhere these days). It means that I never use the telephone, never listen to the radio, and am locked into the music of the late sixties, seventies and early eighties. There are plenty of other, less apparent drawbacks to being deaf, and when I was in my 40s, things changed again. The hearing loss became steeper and more dramatic, and the reality was that I was only saved from note-pad conversations and complete exclusion by a cochlear implant and processor.

So there are plenty of disadvantages of being deaf. But what about the advantages, especially in the sphere of novel writing? I’m not of the ‘My disability is a blessing’ school of thought – far from it – but in small ways it can be helpful. I may not be able to glean material and ideas from casually overheard conversations in pubs or on buses, but a lack of hearing has honed other skills. I can spot arguments taking place twenty metres away, or work out the progress of a courtship in a restaurant, or sense an impending street incident.

I’m not saying that these analyses of non-verbal communication are exclusively the domain of deaf people like me, but I’ve had more time and inclination for refining such activities. I’m perhaps more likely to see flaps of a T-shirt caught in the folds of a person’s upper torso, or a boy taking off his pullover whilst cycling over cobblestones (look, no hands, can’t see for a moment!) because I’m not engrossed in a group conversation on a café terrace. If I miss daily dialogue, wide-ranging advances in subtitling (pre-produced or by live voice recognition) of TV programmes, news broadcasts and films mean that I am no longer starved of examples of conversations and reports. The dialogue in my novels has never been criticized for being ‘clunky’. It’s natural and it flows.

I use aspects of being deaf in my writing. Non-deaf people may not be aware of Text Relay conversations, whereby the deaf person speaks on a special phone to the hearing person, but the hearing person’s side of the talking is typed on to the deaf person’s screen by a Text Relay Assistant. There is a protocol governing how the exchange takes place. That was useful and entertaining to use when the deaf client of my Private Investigator central character, Frank Sterling, first engaged with him in my novel Under the Radar. It was a brusque and unconventional conversation, amusing and different for the reader.

All my life I have produced mondegreens as a result of my deafness – ‘near-homophonic misinterpretations of phrases’ – perhaps best explained with examples of lyrics of popular songs: –

Again in Under the Radar, there are mondegreens used by one or more of the central characters – ‘Fairy snuff’ (‘Fair enough’), ‘Bop the cattle yon’ (‘Put the kettle on’), ‘Grip, grip’ (‘Shit, shit’), and even one that provides a vital clue to solve a secret buried deep in the past.

Being deaf and having worked in the area of educational policy has given insights into other impairments. It’s enabled me to develop disabled characters that defy the usual clichéd stereotypes. So in my fourth novel, Fifth Column, Frank Sterling rekindles his friendship with an independent-living, OCD-affected ducker and weaver (in the Del-boy mode) who has Down’s Syndrome. Much writing about disabled people portrays them as heroic, or pitiable, or tragic, or a combination. My disabled characters are feisty and independent, disabled not by their deafness or paraplegia, or their syndromes, but by society’s attitudes and unsuitable environments. Above all, they are like everyone else.

Yes, being deaf is challenging – for living and for writing – but it’s been helpful too. And refreshingly, when readers who know me give positive feedback, they never talk about how well I’ve overcome my deafness in my novel-writing!

David R Ewens is an acclaimed British author whose Frank Sterling series of novels are a must-read for any serious thriller lover. His books, The Golden Spurs, Rotten, Under the Radar, The Flanders Case, and Fifth Column, are all available on Amazon UK . He lives and writes in Kent, England. Visit www.franksterling.co.uk