"Of Course, we went there to see Stonehenge, Old Sarum, but we couldn't do it because there was muddy slush everywhere. The town was covered by this slush. We got wet, took the nearest train and came back." 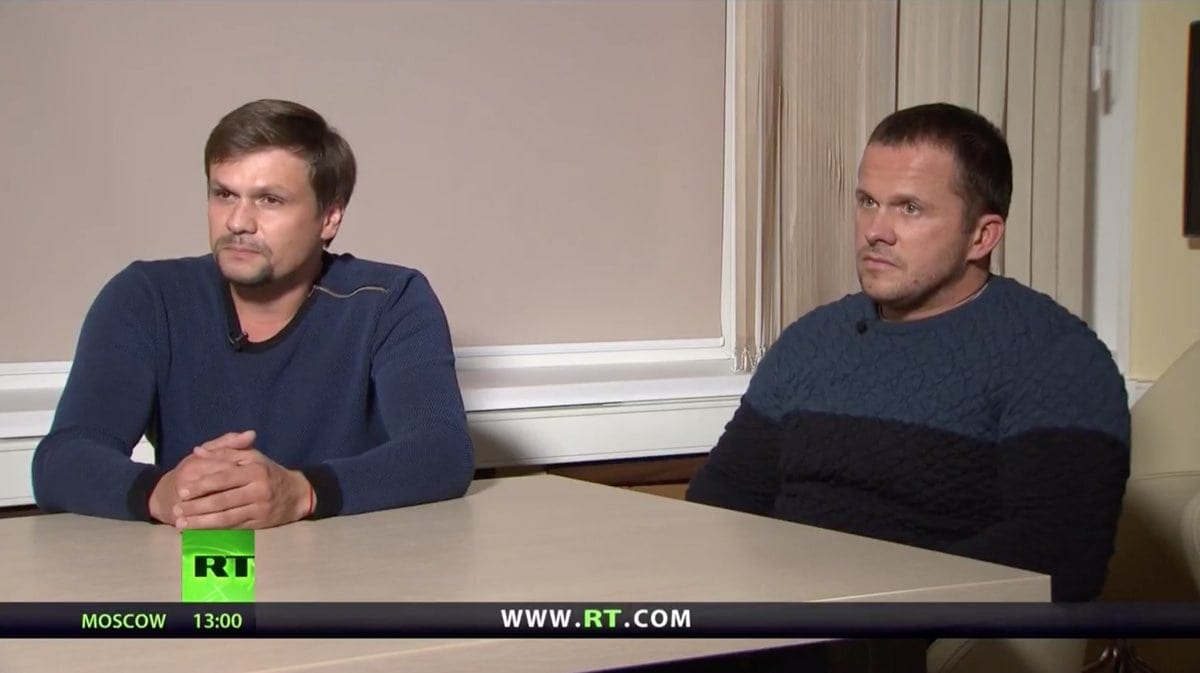 The suspects named in a statement by Theresa May last week claimed that friends told them to see the “famous Salisbury cathedral.”

The pair – identified by the Crown Prosecution Service as Russian state secret agents flew into London and stayed in a grimy East London hotel. The next day they told Russian TV that they visited Salisbury to look at its famous 123m spire, and to visit Stonehenge.

Only it was too snowy for the pair from Russia. So they returned to London after an hour.

The day after – on the Sunday they returned to Salisbury and this time the snow didn’t put them off a visit to its “famous” cathedral according to the pair. And they left that evening back to Moscow.

“Our friends had been suggesting for a long time that we visit this wonderful town,” Petrov said.

Boshirov added: “There is the famous Salisbury cathedral, well known not just across Europe, but probably around the whole world.

The pair denied being on a kill mission, carrying Novichok nerve agent toxin or knowing where Sergei Skripal, the former Russian spy who had defected lived. Petrov insisted:

“Well, we came here on March 2, then went to a railway station to see the timetable. We arrived in Salisbury on March 3 and tried to walk through the town, but we lasted only half an hour because it was covered in snow.”

“Of Course, we went there to see Stonehenge, Old Sarum, but we couldn’t do it because there was muddy slush everywhere. The town was covered by this slush. We got wet, took the nearest train and came back.”

Tom Tugendhat, chairman of the Commons foreign affairs committee, responded: “The idea that Russians were turned away by snow is laughable.”