The Black Country Museum in the West Midlands has been transformed into the set for the hit TV show. 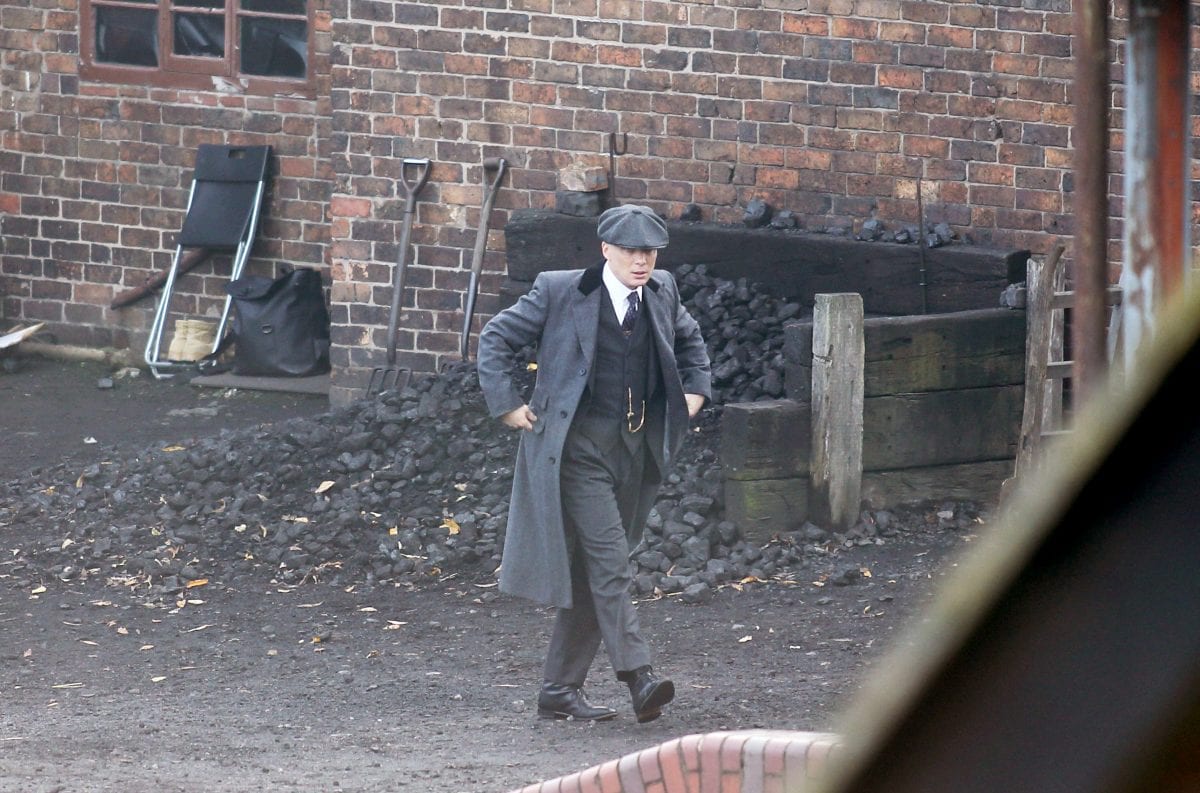 Cillian Murphy donned his trademark flat-cap and three piece suit as he gave fans a sneaky glimpse behind the scenes of filming for the latest series of Peaky Blinders. 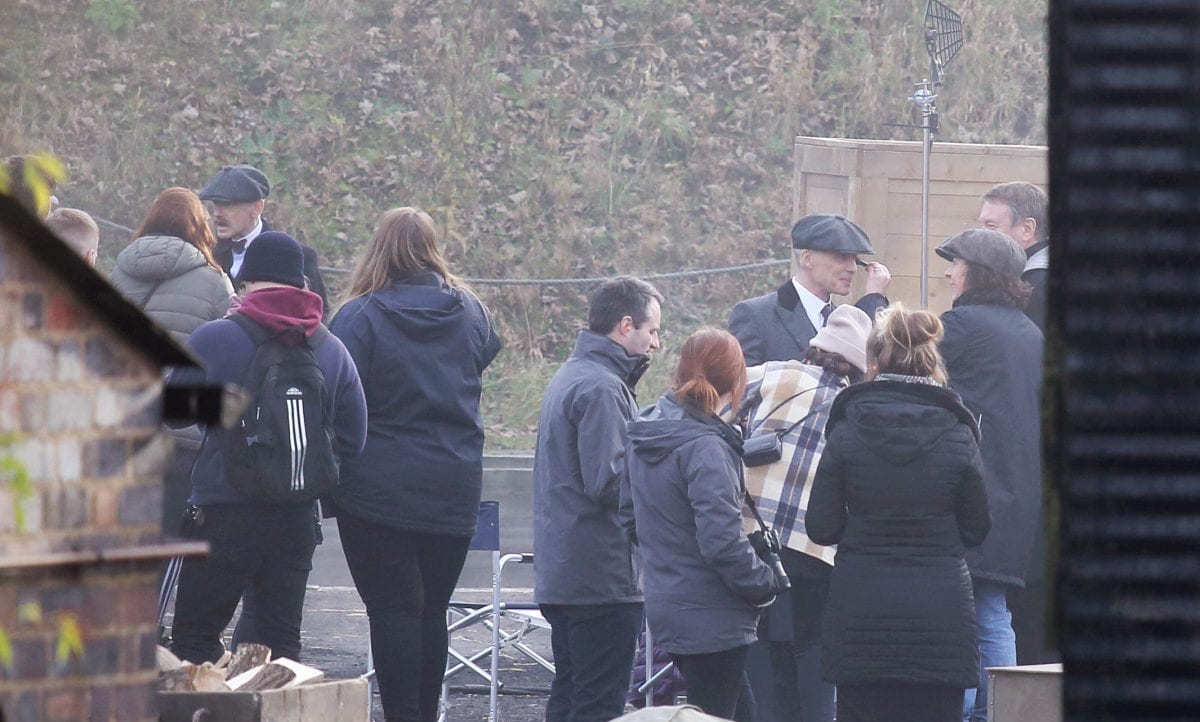 The Hollywood star could be seen with cigarette in mouth striding along the 1930s decorated set at the Black Country Living Museum in Dudley, West Mids. 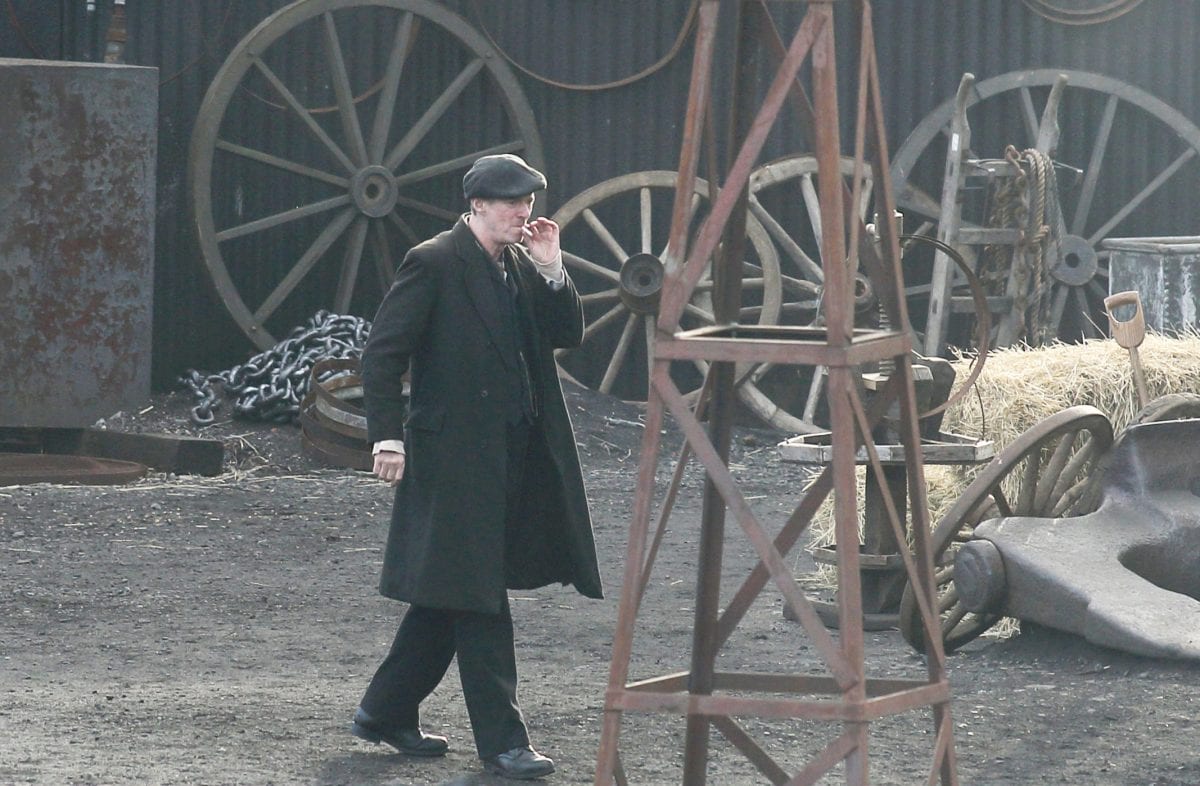 The Irish actor also joked with cast and crew in between takes as he reprised his role as Tommy Shelby for the eagerly anticipated fifth series of the gritty gangster drama. 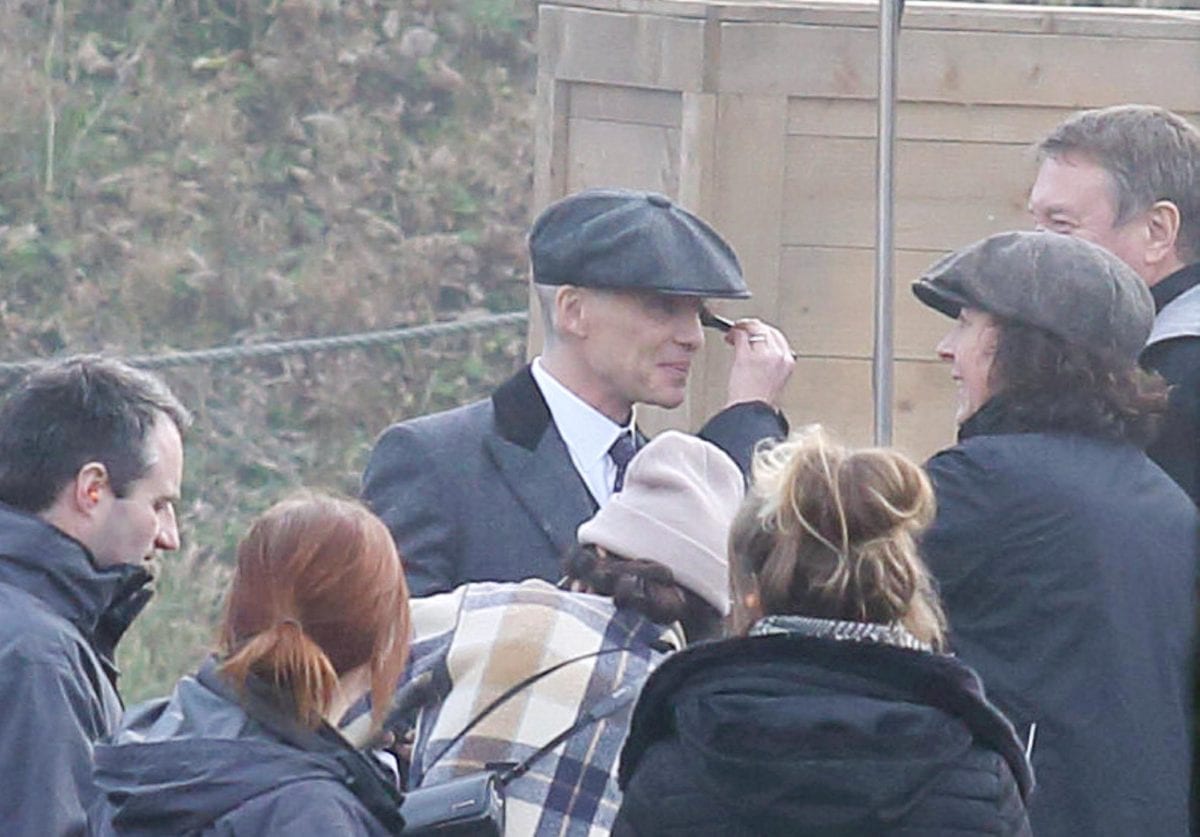 The Bafta award-winning drama has announced its move to BBC One from BBC Two and the latest series will be aired next year at date yet to be confirmed. 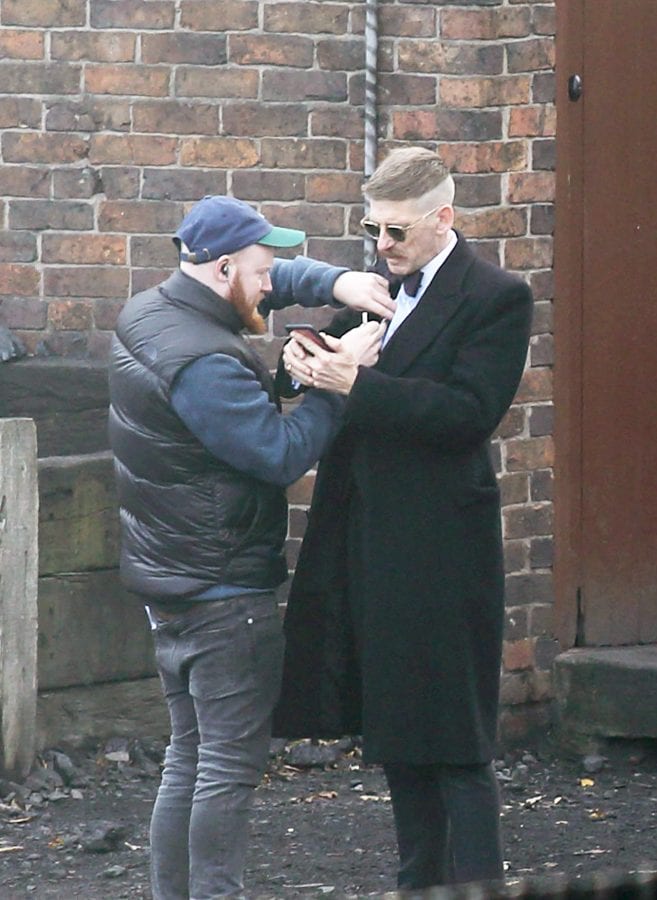 The drama is written by Steven Knight and is produced by Caryn Mandabach Productions and Tiger Aspect Drama. 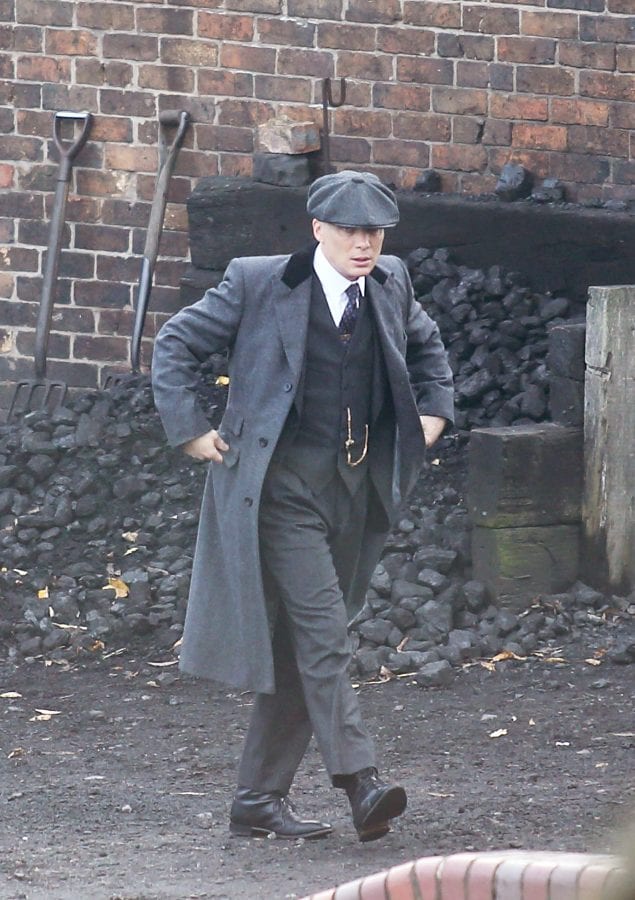 The end of series four saw the Shelby family take more power than ever before after Tommy was elected as an MP for Birmingham South.

Series five of the saga sees the Shelbys thrown into difficult times following the financial crash of 1929. 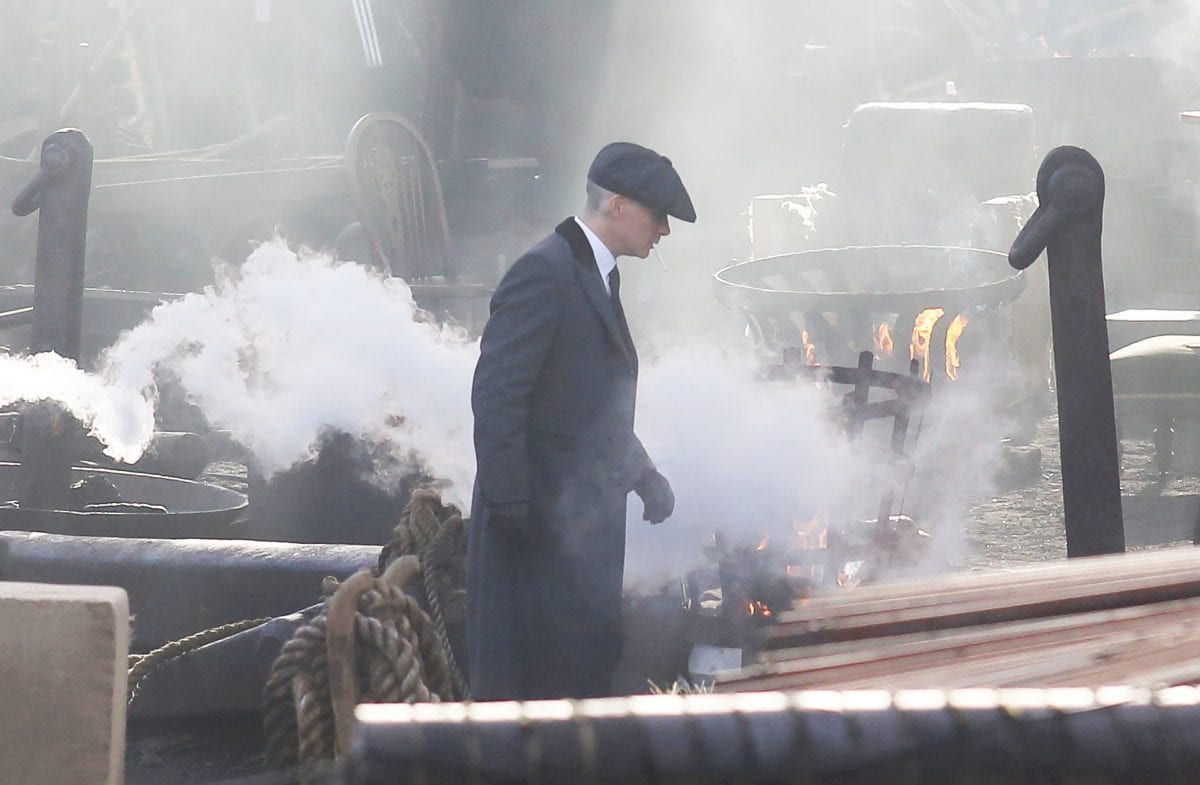 “This one promises to be the best yet. I’m truly grateful to the BBC for their support of such thrilling, immersive and resonant storytelling.”

Creator Knight added: “The story of the Peaky Blinders and of the Shelby family gets woven into the political fabric of Britain and Europe as the 1920s end and the 30s begin. “Tommy Shelby faces the darkest force he has ever faced and his struggle is as relevant today as it was then.”