I don’t know about you, but as for me if I never hear or read the word meta again it’ll be too soon, unless of course it’s someone singing ‘I Met a Girl’ from that fine old musical Bells Are Ringing. It is not that I have any prejudice whatsoever against self-referential elements within a […] 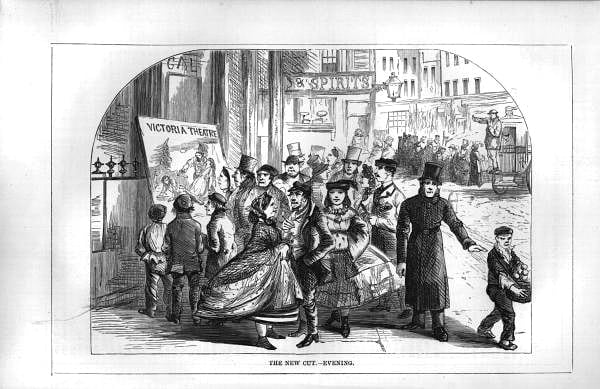 I don’t know about you, but as for me if I never hear or read the word meta again it’ll be too soon, unless of course it’s someone singing ‘I Met a Girl’ from that fine old musical Bells Are Ringing. It is not that I have any prejudice whatsoever against self-referential elements within a specific piece of media (at the most basic level we would lose the Christmas Panto for one thing) rather it is the over-use of the term itself. Meta has become what bourgeois was to 1960s politics or deconstruction was to 1980s university essays, a catch-all term applied all too frequently and all too loosely so that the term itself has its meaning evaporate. It is rather like being asked to describe someone to a third party and coming back with the lone adjective of pleasant, a term so dull one wonders whether it is intended as a compliment or an insult.

That is quite a shame as when used carefully, with craft and guile, meta commentary within a novel can open up layers of thinking. Within the context of Michelle Roberts’ new novel The Walworth Beauty there are at least four layers of reflecting connectivity which in combination lift its story beyond what Graham Greene used to call an entertainment and into a space that is much more cunningly literary. It is a tricky business to describe this to you without giving the game of Roberts’ plot away, however I do believe that even if the following is somewhat sketchy in the detail department you should still be able to appreciate this novel’s true value.

To begin with, The Walworth Beauty has a two narrator structure. In 1851, Joseph Benton has been hired by the real-life historical personage, the journalist and publisher Henry Mayhew to do research. Not for the satiric magazine Punch, of which Mayhew was the co-founder; rather our man Joseph’s brief is to explore the South Bank of London, the breeding ground of dubious activities since at least the time of Shakespeare, and report back on the lives and activities of prostitutes. This research was intended to be quite statistical in nature (Mayhew was intensely interested in the frequency of laundry and bathing) rather than the, oh let’s call it the more colourful aspects of the trade. The problem for Joseph though is that as he is in a comfortably dull marriage to his late wife’s sister, setting him loose amongst what the late A.J. Liebling delightfully if prudishly termed ‘sporting girls’ raises his curiosity and causes him to explore more deeply into his subjects than the mere itemization as to what hour supper is served. So there’s the first story. Onwards to 2011 we go and we meet the second narrator, Madeleine. She was until recently a lecturer in English Literature until the world decided that we have quite enough of those and she receives her redundancy notice. Thus she sells her home in the City and downsizes to a flat in Southwark, in the same building as Joseph met a certain Mrs Dulcimer one hundred and sixty years’ earlier. Madeleine hears sounds of music and that of a baby crying, except her next door neighbour Sally tells her that the flat upstairs is unoccupied. The final elements one needs to know about Madeleine’s life is that she spent a crucial period of her life in France (where Joseph’s much-mourned Nathalie and her sister Cara were raised) and that she seems to be stalked by an ominous retiring Vicar named Emm. From here, we can pretty much leave the ‘book report’ portion of this review behind.

Now then, on to the interesting part. Knowing what I have told you, how do you think these stories relate, interlock, and move forward? Do feel free to guess for I certainly won’t tell you if you’re right or wrong. Convention suggests several possibilities. Joseph is somehow an ancestor of Madeleine, or perhaps there is a direct line from the latter leading back to the good-hearted Mrs Dulcimer. Maybe this novel is a good old-fashioned haunted house. Or, maybe the two narratives do not actually interplay directly, instead a commentary on the shabby treatment of women by overly-sexed and chauvinistic men. Madeleine is now an under-employed former lecturer – maybe she imagines a story of the former boarding house where she now lives!

All of that is the meta thing we began discussing several paragraphs ago. The simultaneous validity of all these potential structures would, in the hands of a lesser writer than Michelle Roberts, emerge as one of two reading experiences – either indecisively muddled or downright coy. The Walworth Beauty is neither of those. It is much better than either of those. Roberts drops two great hints as to what she is really up to in this book. The first is a marvelously written set-piece where Madeleine attends one of those interactive theatre experiences where one is suddenly swept up by other characters causing much flop sweat and anxiety for the poor punter who would prefer to just sit in the balcony and watch the action. This particular 2011 production is set in (bet you can guess) Victorian times and concerns the lives of fallen women. Madeleine is forced to interact, which she starts to enjoy despite the unwanted perspiration until the play ends and she really doesn’t want to hang around the lobby and extend the experience. Madeleine is actor and author alike, making sense of and narrative from a set of data exposed to her; just the same as you are as a reader. There are the four layers I spoke of: a 2011 reflection on 1851, an author creating two imaginary worlds based on lived experience and research, the novel suggesting possibilities of interpretation to the reader, and lastly the reader imposing what she or he finds most comfortable onto the story.

The second hint is in just one tiny paragraph that my eyes leapt on when it popped up about two-thirds of the way through The Walworth Beauty. It is in one of the Madeleine chapters and referring to herself she says:

She’s lying. She keeps on needing to find excuses to leave her flat. Escape that whatever-it-is. Philip Larkin would have called it a toad.

Do you know Larkin’s poem ‘Toads’? The toad on a surface level is work, but beyond that it is of those dutiful duties we all do because we have to that suffocate our freedom. I will not copy the entire poem here as Larkin’s estate wouldn’t like me very much if I did, however here are the first two verses just to give you the idea:

Why should I let the toad work

Squat on my life?

Can’t I use my wit as a pitchfork

And drive the brute off?

Six days of the week it soils

With its sickening poison –

Just for paying a few bills!

That’s out of proportion.

Go back and read ‘Toads’ after you have read The Walworth Beauty for so much of the poem’s elements are found in Michelle Roberts’ novel. Larkin celebrates the noble desire we all have to be able to take our world and make it what we want it to be. Deep down inside, isn’t that all that we want, everything? Enjoy The Walworth Beauty, for its reality is in the eye of its beholder.