I suppose it’s a rather good thing that George Martin had lousy taste in neckties. Had he worn something a little more fashionable than a black tie with a red horse motif on June 6, 1962 then presumably after slagging off The Beatles’ first demo recording session when Martin then asked four young men from […] 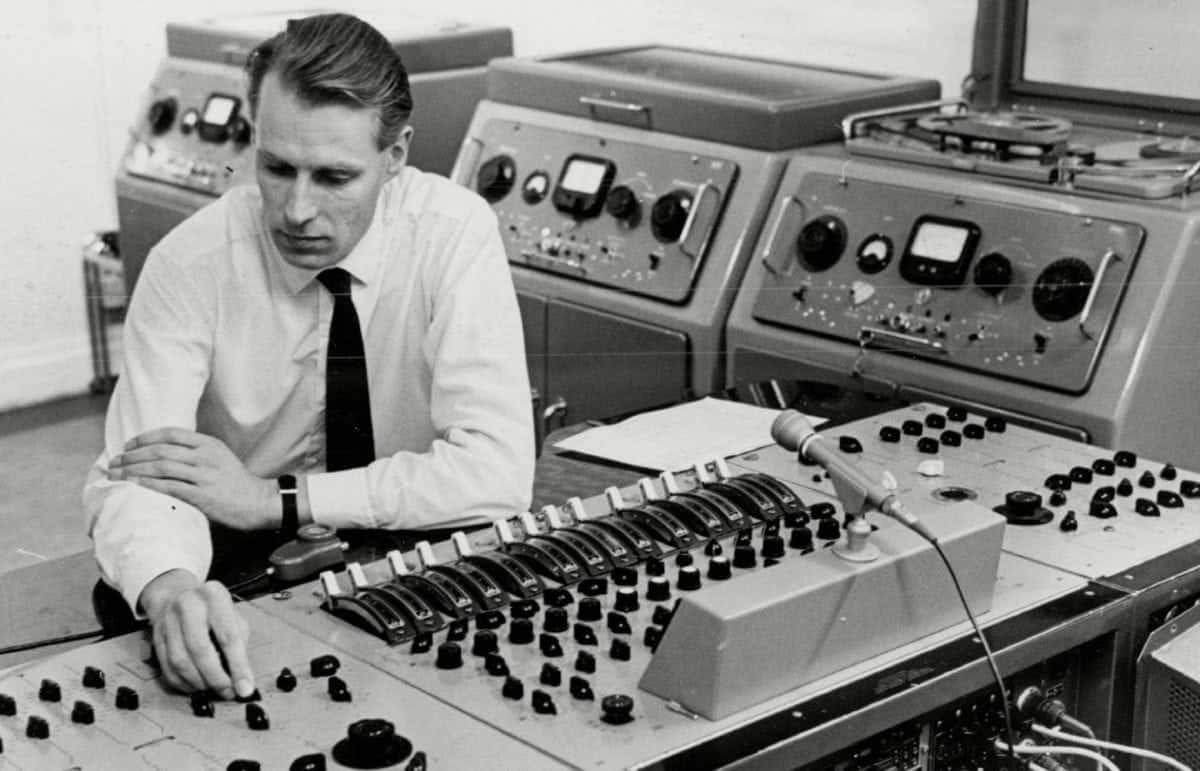 I suppose it’s a rather good thing that George Martin had lousy taste in neckties. Had he worn something a little more fashionable than a black tie with a red horse motif on June 6, 1962 then presumably after slagging off The Beatles’ first demo recording session when Martin then asked four young men from Liverpool ‘Is there anything you don’t like?’ George Harrison would not have replied ‘Well, for a start, I don’t like your tie.’ Cue hilarity, a tense moment’s ice broken apart, and Martin started to like these musicians. Well, he thought Pete Best was a drummer who couldn’t keep time but you know how that one worked out.

What if – oh let’s play along together – it had been John Lennon who had answered first with one of his corrosive remarks? Or, what if Paul McCartney had just sweetly replied ‘Not a thing. Thank you for your opinion sir’? Might everything have turned out differently? Martin, the head of the Parlophone label within the EMI organization was not going to sign The Beatles to one of EMI’s penny a record royalty contracts and indeed it took several months’ more proddings and machinations before a second studio session and contract happened. If Martin had not come to like George, Paul and John’s personalities would the story of The Beatles have ended at the beginning?

That of course is at least half the reason why musical biographies and indeed arts biographies in general exist. It is that whole, slip back in time and observe what happened, Doctor Who in the TARDIS sort of experience. Or as a popular children’s history program used to announce at the start of each episode, ‘Everything is as it was, except you are there!‘ Voyeurism is an essential ingredient for any biography and let’s not pretend otherwise.

But, you may well be thinking much as I did when Maximum Volume arrived at my door, ‘It’s the bloody Beatles! Is there anything new left to be said about them?’ While I wouldn’t claim Mastermind expert category knowledge of The Beatles, it’s still pretty darn close to that. I’ve read many and reviewed some of the better biographies over the years, seen most of the documentaries, and at one time knew all the lyrics by heart to all the songs written by the Lennon and McCartney partnership. Even with all that, I still found Kenneth Womack’s fifth (fifth!) book on this subject to be insightful, intriguing and surprisingly fresh.

Perhaps it’s what we could call a Tom Stoppard effect. Stoppard opened up a world of insight into the world of Hamlet‘s Danish court by writing Rosencrantz and Guildenstern Are Dead. To put it another way, in Maximum Volume George Martin is to The Beatles what Nick Carraway is to Jay Gatsby; we observe the greater character or in this case characters through the eyes and experience of the supporting role.

Except there’s a flaw there too. George Martin was much more than a Danish courtier or a fairly dull New York bond salesman. Besides recording The Beatles and the rest of the Brian Epstein stable of acts in the 1960s (also The Goons, Matt Monro and Ella Fitzgerald to name a few more) Martin was very much on the cutting lacquered edge of invention in terms of what a record producer does. Indeed, as Womack mentions more than once (he does tend to repeat himself, which we’ll get to momentarily) the very term record producer did not even exist for the better part of Martin’s time at EMI. Instead, one was an A&R man. It was the musical acts and the recording engineers who did the actual work whereas the A&R person found, signed and just generally oversaw the musical acts. Notably, Martin was not even in attendance during the recording of that first Beatles session; he just heard the acetate demo immediately afterwards and as has been mentioned, he was not duly impressed.

No, George Martin was someone who loved to create, both as a composer and a producer. This was the aspect of Maximum Volume that gave me the most insight. For, after the voyeuristic aspects are dealt with, the other value of musical biographies is learning how the Great Artists went about producing great art.

There is a lovely quote from Martin where he describes what he first wanted to accomplish in the Abbey Road recording studios. At the time, this was in 1952, he was working with a young genius named Peter Ustinov – you may have heard of him and if you haven’t, you should – on a comic music single titled Mock Mozart. Looking back on it, Martin said of their studio experiments ‘When I came to working as a producer, up to that time people had been making records as faithfully as they could, reproducing the original sound. What they were doing was making photographs. I said, “Let’s paint, instead of having photographs.”’ Brilliant.

In return for all his creativity and collaboration, after making EMI millions and millions of pounds, the company treated him like shit. No no, that’s not an exaggeration. What truly stuck in Martin’s craw was that there used to be Christmas bonuses paid to deserving employees and managers. In 1963, among The Beatles, Gerry Marsden and The Pacemakers, and Billy J Kramer and The Dakotas, the Martin produced acts held the number one spot on the NME charts for 37 out of 52 weeks. He received no bonus. When he expressed, just as you or I would, the usual ‘Surely there’s been some mistake?’ EMI told him that his employment income (the A&R men received no royalties on sales) was too high to be considered for a bonus. They were paying him £3000 a year. That’s roughly £44,000 today. No wonder Martin broke away from EMI after 1965 and started his own independent producers’ co-operative.

Related to that, there is a curious gap in Womack’s Maximum Volume. The book is generally excellent and well-researched without being pedantic or overly technical in language, and yet when Martin with his eponymous George Martin orchestra released an instrumental album of songs in 1965, he did that under the United Artists label and not one of the EMI imprints. I kept waiting for Womack to explain why that was, and yet he never does which is rather a shame as I suspect there must be a good story buried in there.

Womack does have an odd tic as a writer, an over-reliance on the old foreshadowing. At the end of every momentous event or recording session, the writer will intone something along the lines of ‘It was a lesson George would not soon forget.’ It comes off a bit melodramatic, this sort of ‘little did he know’ business. However, that is much more a quibble than a complaint really. I do expect and hope that Womack will be releasing a follow-up to Maximum Volume for as the story closes here, Rubber Soul has just been released and The Beatles will soon retire from touring and become virtually exclusively recording artists. I can hardly wait.