You might think you are making your own choices in life, but you’re not. You are, in fact, a robot, merely doing the bidding of the genetic ‘instructions’ hardwired into your brain. So says author and free will expert Paul Kwatz in this thought-provoking piece of popular science, which presents fascinating philosophical arguments in a […] 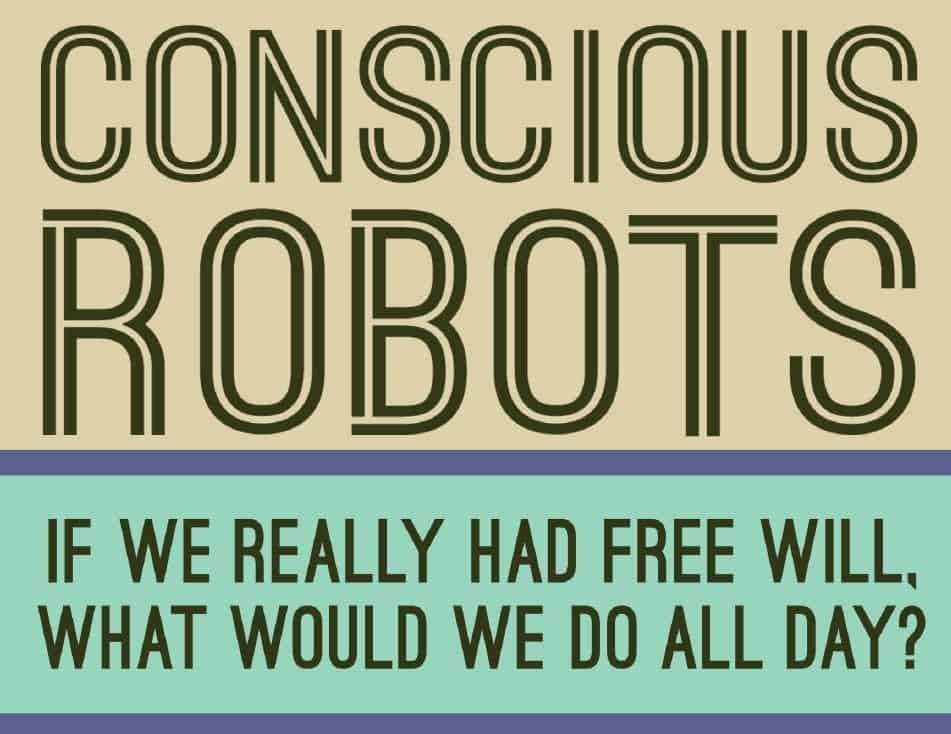 You might think you are making your own choices in life, but you’re not. You are, in fact, a robot, merely doing the bidding of the genetic ‘instructions’ hardwired into your brain.

So says author and free will expert Paul Kwatz in this thought-provoking piece of popular science, which presents fascinating philosophical arguments in a concise, clearly-worded and engaging fashion.

With a background in medicine, Kwatz writes under a pen name, and presents his readers with some hard-to-swallow facts about their existence. Using a series of examples and online questionnaires, the book – which at just over 100 pages is a succinct and straight-talking introduction to some complex questions – asks questions such as, “If we really were capable of controlling how we feel about something, then wouldn’t we all be a lot happier than we already are?’ And, ‘If we could control our own feelings, then why would any of us ever allow ourselves to experience misery and disappointment again?’

The book not only sets out to convince sceptical readers of their robotic status, but also aims to help them come to terms with this uncomfortable reality.

Without resorting to medical jargon or overly-complex philosophical concepts, Conscious Robots dissects any notions that readers may hold about their own ‘free will’.

Kwatz convincingly drives home the point that life is inherently unsatisfactory because our genes tell us we should never be content with what we have. Instead, our genes tell us that we must strive for greater things in a bid to safeguard the future of our genes.

Kwatz believes that all human actions come from self-interest, and that we only care about our own children because our genes tell us to (an idea supported by the ‘Selfish Gene’ theory popularised by scientist Richard Dawkins).

The book presents complex issues surrounding free will and determinism, but does so in an admirably bold way. Unlike other books on the subject, it not only mulls over the subject but suggests ways that we, as ‘conscious robots’, can address the issue. Ultimately, we can never truly possess free will, Kwatz posits, but we can choose to live as though we did. How? He makes the point that, if we truly did have free will, we would choose to feel great all the time, rather than living with negative emotions.

Posing a series of dilemmas about whether readers would choose to take a ‘happiness pill’ or other ‘short cuts’ to happiness, Kwatz questions our ingrained beliefs that happiness can’t be real unless it is hard-earned and offset by pain and suffering.

Kwatz predicts that in the future, humans will be able to directly control the chemicals in the brain that govern our thoughts and feelings. Thus, we will have the option of choosing to feel happy, without that happiness being offset against guilt at neglecting families or careers.

Instead of merely accepting our pre-programmed status, we need to learn to reset the ‘instructions’ that determine our actions. Kwatz goes so far as to say that, instead of investing money in endeavours such as space travel, humans should invest resources into the neuro-science that could make us capable of living in a happy state, all the time.

The author accepts that many readers would feel uncomfortable at the thought of such ‘artificial’ happiness, but the book’s main aim is to make us question this discomfort, which stems simply from our robot ‘instruction manual’.

This book raises some uncomfortable issues, that’s for sure. But it is a staggeringly good read, and one that has the potential, at least, of changing the way that readers feel about themselves and the world around them.

‘Conscious Robots: If We Really Had Free Will, What Would We Do All Day’ is out now in print, published by Peacock’s Tail Publishing and priced £4.99 in paperback and £2.99 as an eBook. It is available for sale on Amazon UK . Visit www.consciousrobots.com