by Joe Mellor
in Arts, Must Reads 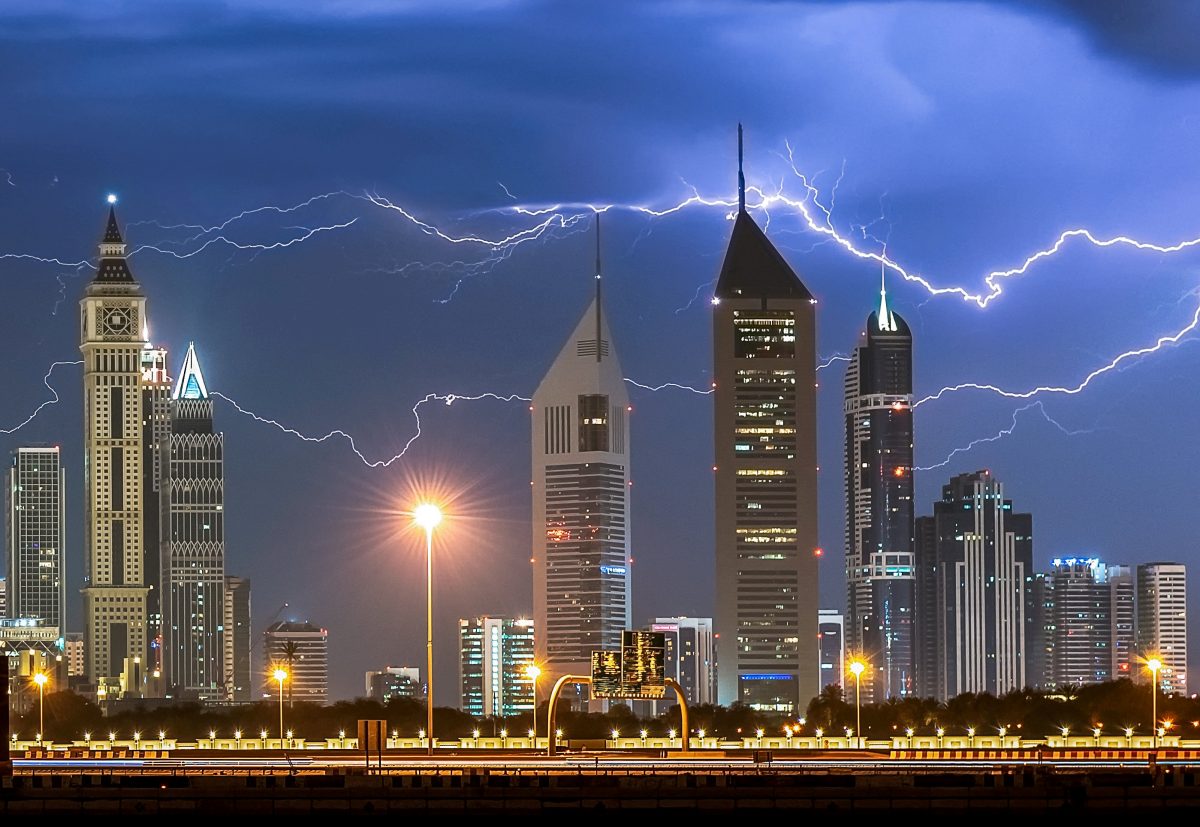 Extraordinary photos show an incredible storm over Dubai capturing horizontal lightning striking behind some of the world’s tallest buildings.

The pictures taken yesterday show bolts of lightning igniting the night’s sky behind the towering skyline of Dubai’s sky scrappers, including the Burj Khalifa.

Real estate photographer Zohaib Anjum, 29 who was born in Dubai has been capturing Dubai’s storms for eight years and says he’s “no longer afraid of them.”

He said: “We were told there would be a big storm in Dubai about two days before and we knew it would be a great one to capture.

“I was up taking the pictures from 10pm till sunrise and for two nights in a row I didn’t sleep.

“These moments come once or twice in a year so we have to capture it and the storms in Dubai usually only come in March.

“I like taking storm picture because I wanted to start doing something different and I chose storms because it’s not that easy and it’s great when people see them and they say wow.

“I’m not afraid of the storms anymore and when people ask why I do it I say it feels good.”