Humans were creating astonishing cave paintings in the Caribbean thousands of years before the arrival of Christopher Columbus, reveals new research. The study sheds new light on etchings found on the walls of dozens of cave systems on Mona Island, off modern day Puerto Rico. It is the Caribbean region’s largest concentration of indigenous pre-Columbian […] 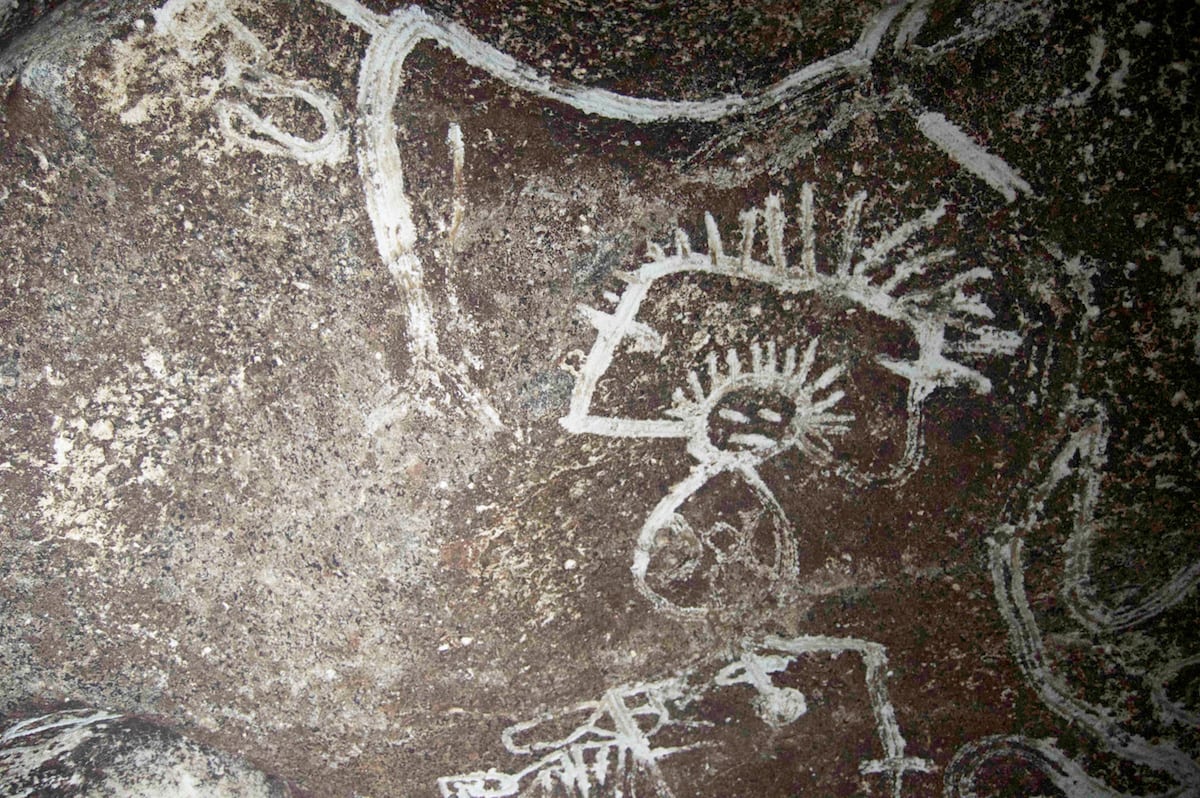 Humans were creating astonishing cave paintings in the Caribbean thousands of years before the arrival of Christopher Columbus, reveals new research.

The study sheds new light on etchings found on the walls of dozens of cave systems on Mona Island, off modern day Puerto Rico.

It is the Caribbean region’s largest concentration of indigenous pre-Columbian rock art.

Some of the paintings are in very narrow spaces deep in the caves – only accessible by crawling.

The new research – by academics from Leicester University and the British Museum working with colleagues from the British Geological Survey and Cambridge University, – reveals key discoveries including how the rock-art was made and paint recipes.

Exploration of around 70 cave systems on Mona Island revealed that its caves include the greatest diversity of preserved indigenous iconography in the Caribbean, with thousands of motifs recorded in “dark zone” chambers far from the entrances.

The findings, published by the Journal of Archaeological Science, are the fruit of three-years of research, from 2013 to 2016, on the currently uninhabited and remote island in the Caribbean.

The paper presents the results of National Geographic funded fieldwork by an Anglo-Puerto Rican team, who uncovered extensive and undocumented rock art deep inside the “labyrinthine” cave systems.

Study co-author Dr Alice Samson, of Leicester University’s School of Archaeology and Ancient History, said: “Scientific analyses from the team have provided the first dates for rock art in the Caribbean – illustrating that these images are pre-Columbian made by artists exploring and experimenting deep underground.

“The conservation-minded approach we used squeezed every bit of information we could out of the discovery using multiple methods that are relevant to the studies of vulnerable rock art worldwide.”

Dr Jago Cooper, of the British Museum, said: “For the millions of indigenous peoples living in the Caribbean before European arrival, caves represented portals into a spiritual realm, and therefore these new discoveries of the artists at work within them captures, the essence of their belief systems and the building blocks of their cultural identity.”

She said some are painted or drawn, and others – drawn with the fingers in the soft walls – are more elaborate and akin to a technique called “finger-fluting” familiar from Palaeolithic rock art in southern Europe.

The research team also included students from Puerto Rico and Britain carrying out dissertations in Climate Science, Archaeology, and History.

Victor Serrano, a member of the student team and PhD distance learning student in Leciester University’s School of Archaeology and Ancient History, said: “As a Puerto Rican these groups of people that visited and lived in Mona Island are my ancestors, and their story is of utmost importance.

“Working in those caves, as part of the Corazon del Caribe archaeological project, is hard but fun work.”

He added: “Most of the precolonial pictographs are in very narrow spaces deep in the caves, some are very hard to access, you have to crawl to get to them, they are very extensive and humidity is very high but it is extremely rewarding.

“Imagine a social networking site, where instead of having a page with posts of people here you have an actual cave wall or roof full of different pictographs.”