By Dani Porter Half the fun of the Edinburgh Fringe Festival is in the pot-luck nature of finding shows – the joy, for example, at unexpectedly striking gold (I remain in awe of physical theatre show Giant, 12 months on). The alternative, wading through the thick wad of alphabetically-listed shows for an exhaustive search, is nigh […] 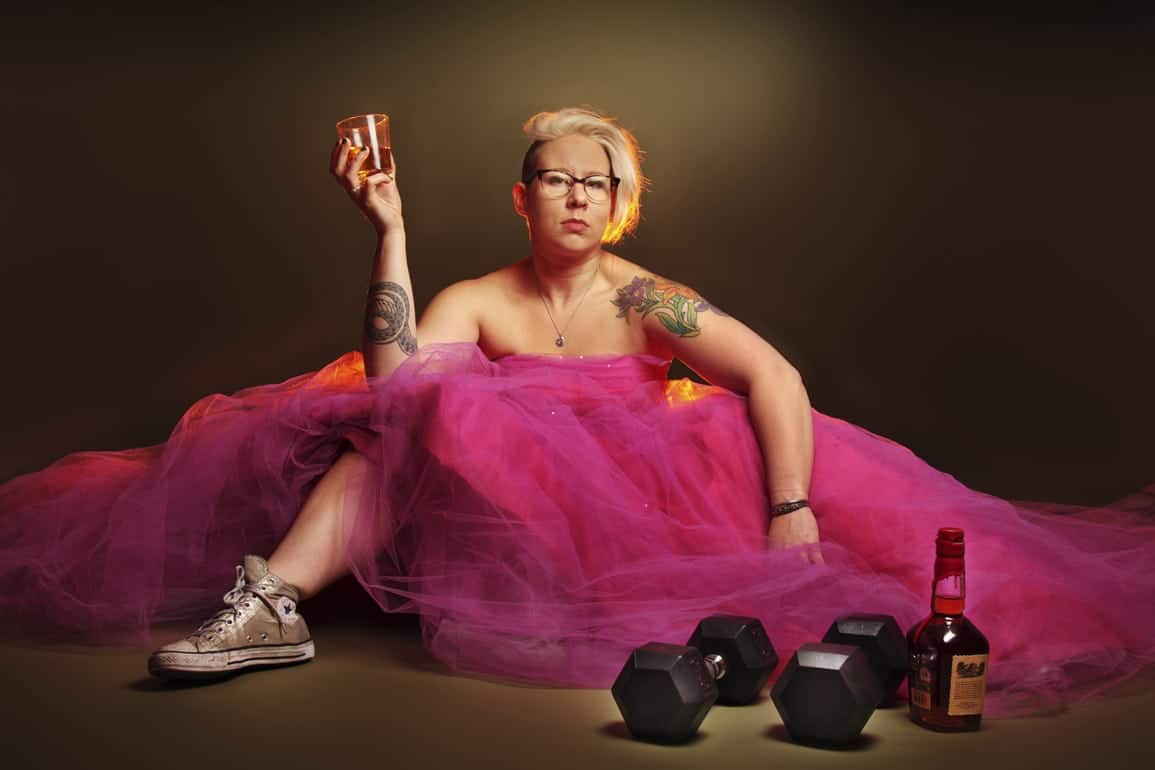 Half the fun of the Edinburgh Fringe Festival is in the pot-luck nature of finding shows – the joy, for example, at unexpectedly striking gold (I remain in awe of physical theatre show Giant, 12 months on). The alternative, wading through the thick wad of alphabetically-listed shows for an exhaustive search, is nigh on impossible anyway. So you keep an ear and an eye out for recommendations, or you head to a box office and pluck something at random from the windy Scottish air.

Waiting in the Princes Street sun for a nearby show to start, basking on a patch of grass while serenaded by a pitch-perfect violinist (what treats you offer us in August, Edinburgh, what treats), I flicked through a fringe magazine and chanced upon the back of Abigoliah Schamaun, in a gorgeous massive dress with impressive tattoo and half-shaved, half-quiffed hair do. I skim-read the words on Namaste, Bitches, because instinct had already kicked in by then; the other show was ditched and I wandered to Cowgate’s atmospheric Underbelly venue instead.

Ostensibly about her incarnation as yoga teacher and the fulfilment, or not, of ‘wellness’, the show actually goes deeper than that – of failed stage school girls dreams, ‘vitamin’ taking and a quest for self-satisfaction. It’s funnier than the superficial topic might suggest too – from its leaflet blurb I was expecting primarily wellness industry mockery. When she does, it’s more Bikram Choudhury jokes than wellness jokes. No punchline or quip fails in getting laughs from the smallish, cosy audience, nothing Schamaun says isn’t funny and her routine feels more like ripostes than a scripted performance; an hour with your really funny, energetic friend in the pub (albeit with occasional yoga moves).

If yoga isn’t the crux of the show perhaps her failure to materialise as she’d envisaged and to make the most of that disappointment and/or acceptance is: an ode to musicals and to lost dreams, if you will. There were still body-perfect aspirations mentioned that I wanted to hug away but the real aspirations are the performative ones. And while it might not be Broadway, Schamaun is clearly in her element here, and doing what she loves.

Namaste, Bitches by Abigoliah Schamaun is performed every day at the Underbelly, Cowgate at 7.40pm (1 hr) until 27th August, as part of the Edinburgh Fringe Festival (running until 28th August)
Details can be found here