By Jack Peat, TLE Editor  Education hey. What a minefield. How do you institutionally nurture the innate talent that lies within millions of juvenile pupils so that when it comes to facing the big wide world we are all on a level playing field? It is a question that perplexed Tony Blair along with countless […] 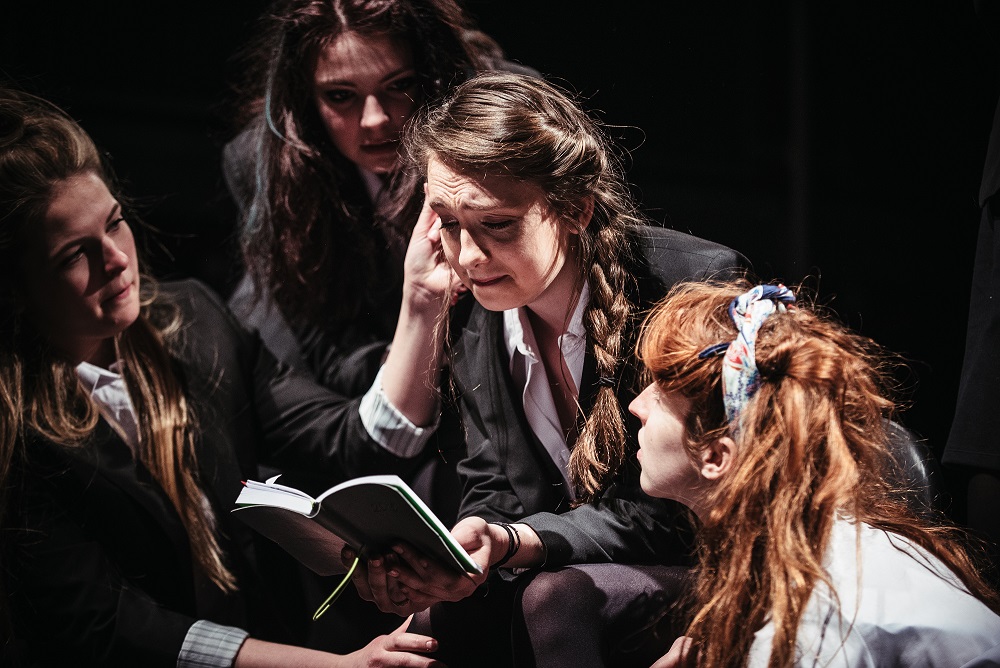 Education hey. What a minefield.

How do you institutionally nurture the innate talent that lies within millions of juvenile pupils so that when it comes to facing the big wide world we are all on a level playing field? It is a question that perplexed Tony Blair along with countless numbers of statesmen that preceded him, and one that Jonathan Lewis looks to explore in a series of plays under the borrowed mantra, ‘education, education, education.’

The first is an attempt to present the A Level experience from the students’ point of view. Set in an isolation room that has been littered with photocopies of Nicholas Cage (get it, Caged) the play explores the pressures witnessed at “high achieving schools”, or private schools to you and I.

Under this pretext the play is an absolute winner. You have a room filled with the veritable personalities of Miss Organised, Mr Smooth, Miss High Achiever and Mr Rebelliousness among others who demonstrate to a tee the immense pressure students experience during exam season when their passion for a subject is strangled by the rudimentary nature of curriculum.

The cast, all bar one armatures, are superb. There is not one weak link. Eve Delaney nails the obsessive compulsive Bella, Jojo Macari delivers a hilarious portrayal of Johnny Hook (the Hookster) and Joe Taylor is as cool as ice playing Cal. Intermittent ‘freeze scenes’ allow the audience to build a more intimate relationship with the cast, so that when JJ (Christian Hines) submits a rebellious blank exam paper you sympathise with this plight, and when Talia (Isabella Caley) reveals all about her love affair you feel genuinely shocked.

These moments, along with some brilliant pieces of sound design by Max Barton, bring to life what is a very well written theatrical production, one which Jonathan Lewis can be very proud of. There is, however, a but.

For a play that claims to confront the possibility of a meritocratic educational system, it falls at the first hurdle by being openly set on the experience of the ‘high achievers’. The setting on prestige Jermyn Street and the programme notes testify for that, but if you need further proof then it lies in the character Zachir.

The outcast Muslim is one of the standout actors. AJ Lewis (initials for those without a double barrel) plays the streetwise Zachir with real professionalism and it is clearly the character that requires the most ‘acting’. But would it not have been far more effective to cast an Asian character? The uniformly white cast unwittingly (I suspect) brought to light the real systematic failing of the British educational system; that high achieving schools are for a select few.

I remember my main challenge during school was overcoming the culture of under achievement, sitting exams where a grade C was the best I could achieve (one of which was English Language, which is ironic given that I have gone on to edit this paper amongst others and enjoyed long-running columns in several national publications). That’s not to say the pressures of high achieving schools are necessarily preferable, but at least those pupils are given a chance to succeed on a playing field that is very much tipped in their favour.

A Level Playing Field plays at Jermyn Street Theatre until 9th May 2015.