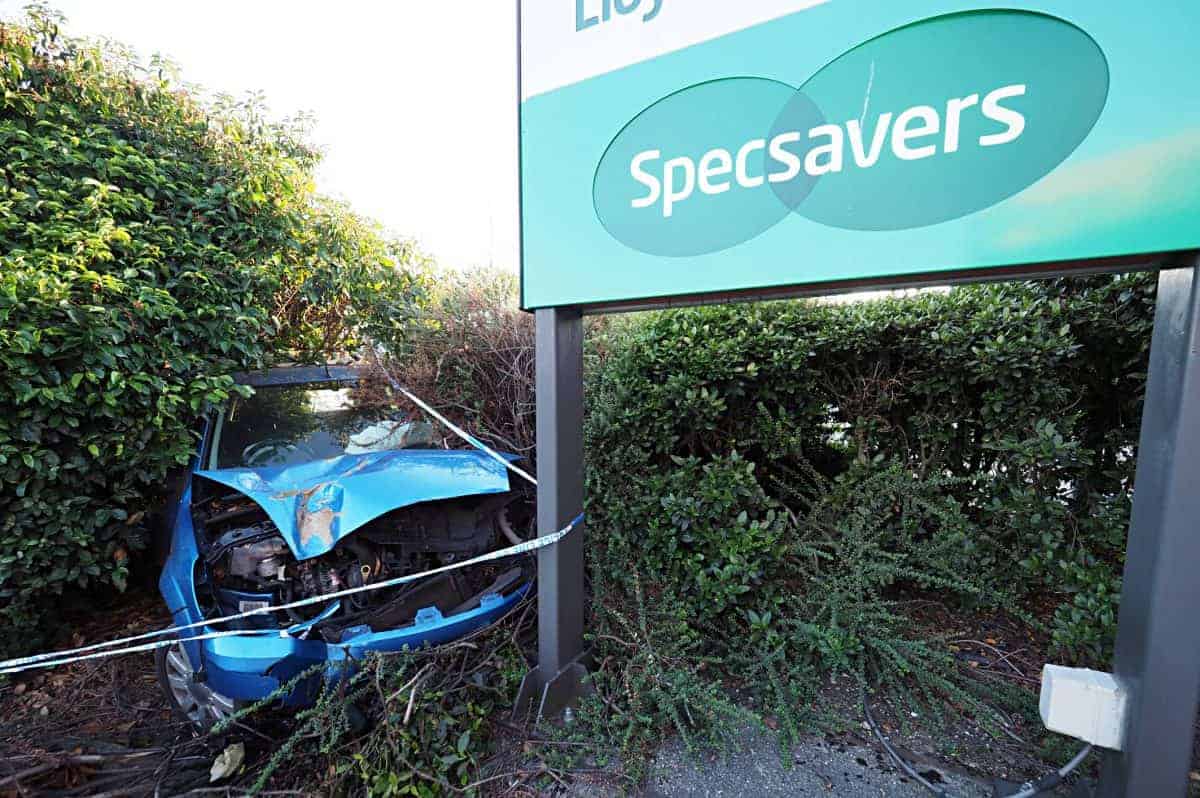 These photos show the damage done to a car after it crashed – into a SPECSAVERS sign.

The blue Ford Fiesta is believed to have come off the road and crashed through a hedge into the sign.

From the road, all that can be seen of the car is the slightly-dented back bumper poking out from the hedge, with some blue police tape draped across it.

But on the other side of the hedge, the hilarious irony of the crash is revealed – as the badly-mangled bonnet of the car sits directly underneath a sign advertising Specsavers.

The accident is believed to have happened around a week ago at a Sainsburys petrol station on Luton Road in Dunstable, Beds.

Driver Tony Margiocchi spotted the scene as he stopped to fill his car up with petrol on Friday night.

He said that he didn’t know much about the accident, but joked: “Should’ve gone to Specsavers”.