"I have a feeling that in a few years people are going to do what they always do when the economy tanks. They will be blaming immigrants and poor people." 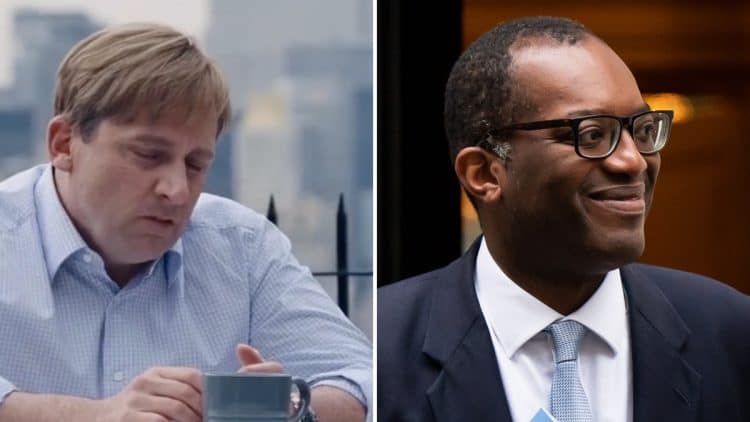 People are sharing the ending to The Big Short after Kwasi Kwarteng released his mini-budget.

The Chancellor’s decision to axe the cap on bankers’ bonuses has been met with backlash amid fears it will see the return of a “culture of greed” in the City as Britons suffer from a deepening cost-of-living crisis.

The controversial decision will remove the limit on bankers’ annual pay-outs – which has been capped at 100 per cent of their salary, or double with shareholder approval – introduced by the European Union after the 2008 financial crisis.

It has been unveiled at the same time as hundreds of thousands of people on benefits have been told they have to take active steps to seek more and better-paid work.

The moves have led to market collapse in the UK, with the pound slumping to all-time lows and London’s blue-chip share index slumping into the red after the UK Government was heavily criticised by the International Monetary Fund over its handling of economic policy.