Lawyers who led litigation following the 2008 crisis warned that the decision risks re-introducing a culture of greed that preceded the financial crash. 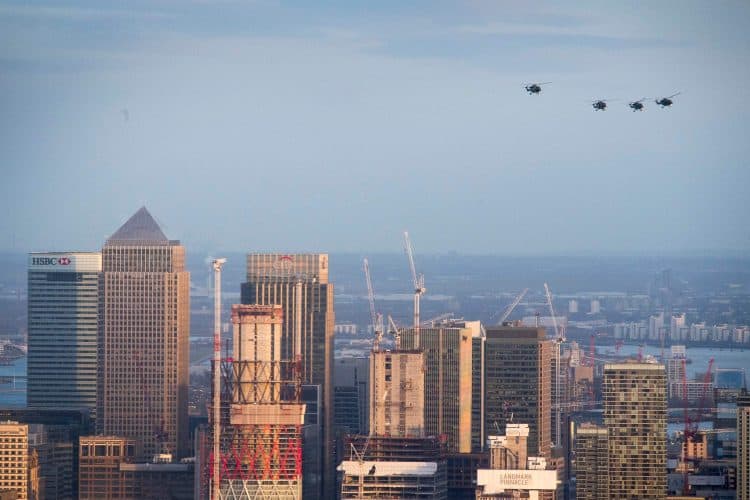 The Chancellor’s decision to axe the cap on bankers’ bonuses has been met with backlash amid fears it will see the return of a “culture of greed” in the City as Britons suffer from a deepening cost-of-living crisis.

The controversial decision will remove the limit on bankers’ annual pay-outs – which has been capped at 100 per cent of their salary, or double with shareholder approval – introduced by the European Union after the 2008 financial crisis.

Kwasi Kwarteng said the move would encourage global banks to create jobs, invest, and pay taxes in the City.

Pay in bonuses aligns the incentives of individuals with those of the bank, therefore supporting growth of the UK economy, the Government added.

“All the bonus cap did was to push up the basic salaries of bankers, or drive activity outside Europe,” the Chancellor told the House of Commons when he unveiled the Treasury’s ‘mini-budget’ on Friday.

Mr Kwarteng added that he would set out an ambitious package of regulatory reforms later in the autumn, to “reaffirm the UK’s status as the world’s financial services sector”.

Michael Barnett, a partner at Quillon Law and who led litigation involving high-profile banking scandals following the 2008 crisis, warned that the decision risks re-introducing a culture of greed that preceded the financial crash.

He said: “To many who were scarred by the consequences of the 2008 global financial crisis and the banking scandals that accompanied it, news that caps on bankers’ bonuses may be abolished will trigger a response bordering on visceral.

“Bankers’ bonuses were seen as emblematic of an imploding financial services industry that was fuelled by a culture based on greed and pursuit of profit at any cost.

“Bonuses and other financial incentives formed a major component of many claims that were brought in the courts, whether successful or otherwise.”

Campaigners have pointed out that bankers’ pay-outs will soar during a time when many households are facing rising living costs and amid a swathe of strike action in efforts to raise pay.

Pouring money into the hands of “rich multinationals”

Gary Smith, GMB general secretary, said: “We need to bring inflation under control and build a modern manufacturing base that creates good jobs at home and enhances our national security.

“Instead the Chancellor has chosen to pour money into the hands of rich multinationals.

“The Chancellor is tough on care workers’ pay rises and soft on bankers’ bonuses.”

Former Chancellor George Osborne was criticised by the Labour Party in 2014 for launching a legal battle to block the bankers’ bonuses that cost taxpayers tens of thousands of pounds.

At the time, Mr Osborne faced similar criticism for his timing in fighting the restrictions when many households across the UK were facing worsening living standards.

The Chancellor reiterated on Friday that the consequence of the cap was driving up bankers’ salaries so that they could qualify for bigger bonuses, as well as driving talent out of the UK to countries like the US where there are no such restrictions.

Others have pointed out that banks will now have to work through numerous logistical considerations due to the sudden decision from the Treasury.

Phillippa O’Connor, reward and employment leader at PwC UK, said: “Removing the bankers’ bonus cap will deliver greater flexibility for UK banks in how they structure the remuneration packages of their senior staff and therefore the potential to reduce fixed costs, both of which arguably could drive competitive benefit to the UK.

“However, this flexibility will also give rise to numerous policy, legal and operational issues which firms will need to consider in detail before making any changes.

“It will not be easy for firms to unwind the increase in fixed pay which has been embedded in pay structures and policies over the last eight years.”

The Chancellor also confirmed that the bank surcharge – a charge on the profits of banks exceeding £25 million – would remain at 8 per cent.

The surcharge was previously set to fall to 3 per cent in April 2023.

Related: ‘Unashamedly for the rich’: Reaction pours in to Kwarteng’s budget