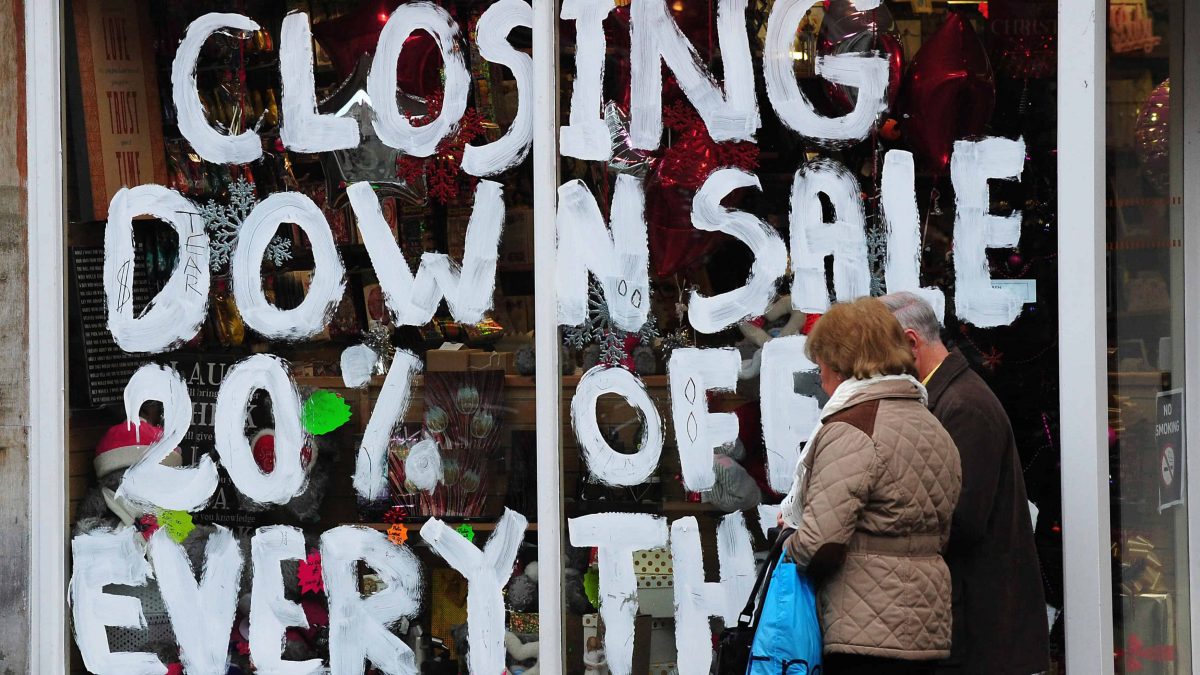 The extent the problematic business rates tax regime is having on town centres is laid bare as new research shows high street chains have closed nearly 6,000 sites so far this year.

Retailers with 10 or more stores have already closed 5,834 shops in 2019, up 77 per cent on the whole of last year, according to the Centre for Retail Research.

So far this year, between January 1 and September 30, 708 shops have been closed by large retailers falling into administration while a further 333 shops were closed through Company Voluntary Arrangements, a controversial insolvency procedure used to close loss-making stores.

A further 4,793 shops have been shuttered by large retailers through “rationalisation” as part of cost-cutting programmes.

Professor Joshua Bamfield, director at the Centre for Retail Research, attributes the closures to high costs, low profitability, the rapid growth of online companies while citing the lack of investment in stores coupled with weak forward planning.

The position is set to worsen with Mama and Papas recently announcing that it would be closing stores through a pre-pack administration, while Mothercare intends to close all UK stores having gone into administration earlier this month.

Boris Johnson has said a future Conservative government will extend the retail discount on business rates to 50 per cent next year in England, for those properties with a rateable value less than £51,000.

This is up from 33 per cent and is an attempt to try to stem closures while committing to launching a fundamental review of the tax, ensuring the overall tax burden is reduced as a result of that review.

September’s 1.7 per cent inflation rate will see business rates bills rise by £94.5 million next year for those retail properties in England with a rateable value over £51,000, therefore not entitled to the retail discount, according to detailed analysis by real estate advisers Altus Group.

The retail discount is subject to EU rules which restrict state aid to 200,000 euros (£171,000) per business over a three-year period.

Robert Hayton, head of UK business rates at Altus Group, said: “Most large chains will have reached the de minimis regulation limit (the cap) this financial year and will effectively be precluded from the enhanced discount, but the commitment to lower the overall burden will be a welcome relief with the standard rate of tax having gone above 50% and at its highest level since 1990 – with the rate set to rise further in April.”