The oil giant said it had benefitted from soaring oil and gas prices, pushing profits to $3.3bn in Q3. 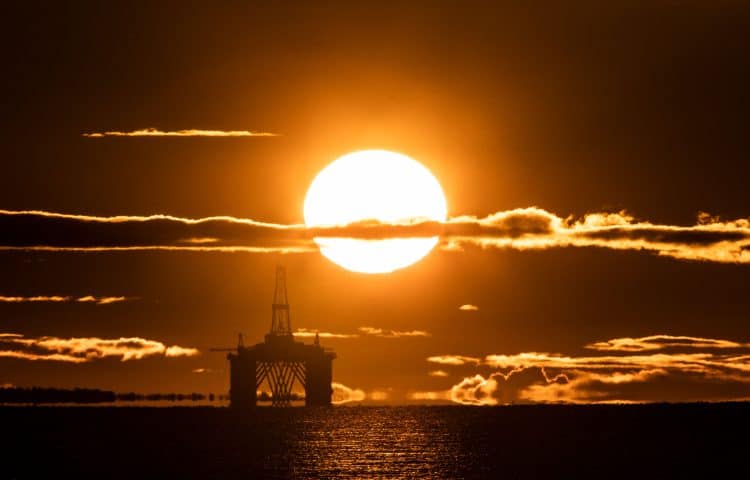 The oil giant said underlying replacement cost profits jumped to 3.3 billion US dollars (£2.4 billion) in the three months to September 30, up from 86 million US dollars (£63 million) a year earlier when oil prices had slumped due to the pandemic.

Its third-quarter profits also mark a steep rise on the previous three months, when it notched up profits of 2.8 billion US dollars (£2 billion).

It unveiled another 1.25 billion US dollars (£915 million) of share buybacks, which it said will be completed before its full-year results announcement.

It said this is set to unwind if prices decline and as liquefied natural gas cargoes are delivered.

BP chief executive Bernard Looney said: “This has been another good quarter for BP – our businesses are generating strong underlying earnings and cash flow while maintaining their focus on safe and reliable operations.

“Rising commodity prices certainly helped, but I am most pleased that, quarter by quarter, we’re doing what we said we would – delivering significant cash to strengthen our finances, grow distributions to shareholders and invest in our strategic transformation.”

The prices of crude and gas have rocketed amid surging demand as the global economy has rebounded from the early days of the pandemic, while oil cartel Opec has increased production slowly after deep cuts made last year as the crisis struck.

BP and FTSE 100 Index rival Royal Dutch Shell have both enjoyed a boost to profits and delivered cheer to investors by increasing dividends and buying back shares.

BP has already completed the 1.4 billion US dollar (£1 billion) share buybacks announced at its second-quarter results, with another tranche also due to be announced at its full-year results early next year.

It said that, if Brent crude oil remains above 60 US dollars a barrel, the group should be able to buy back around 1 billion US dollars (£732 million) of shares each quarter and increase the dividend by four per cent annually through to 2025.

BP also said it has continued paying down its debt, which had jumped in early 2020 amid the oil price collapse.

It comes as countries are outlining commitments to curb deforestation and cut methane emissions at COP26 as part of efforts to drive efforts to tackle the climate crisis.

The Queen issued a rallying cry to world leaders attending the Glasgow summit on Monday, urging them to work together in “common cause” to tackle climate change and “solve the most insurmountable problems”.

More than 100 world leaders will sign up to a landmark agreement to protect and restore the Earth’s forests, the UK government has said.

On the second day of the COP26 climate change summit in Glasgow on Tuesday, leaders covering 85 per cent of the world’s forests will commit to halt and reverse deforestation and land degradation by 2030.

Downing Street said the pledges were backed by £8.75 billion of public funding with a further £5.3 billion in private investment.

The oil giant’s replacement cost loss compares with losses of 644 million US dollars (£471 million) a year earlier, with the group blaming an accounting “mismatch”.

Related: Joe Biden in Scotland with Air Force One, a helicopter and a 20-vehicle motorcade