"The only way to actually make a difference is to do the right, fair and principled thing and impose a one-off windfall tax on oil and gas producers’ profits to provide real help to families now and put in place a green energy sprint in the years ahead.” 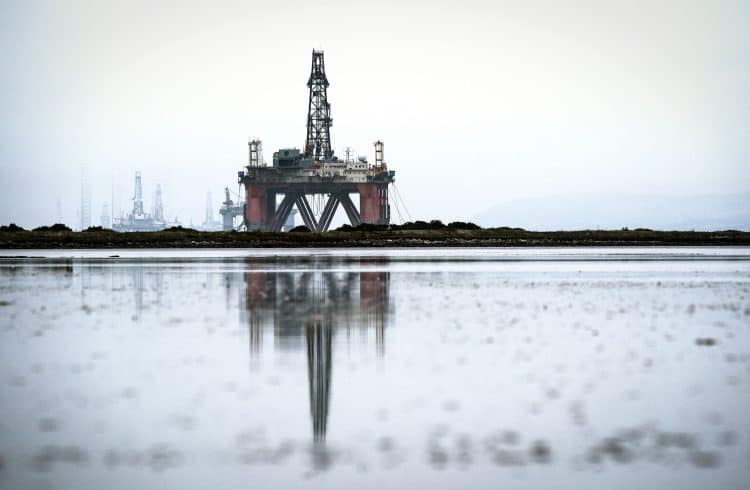 North Sea oil and gas firms must deliver a clear plan to reinvest profits to accelerate domestic production, ministers have demanded as they face pressure to tackle the cost-of-living crisis.

Business Secretary Kwasi Kwarteng has written to the industry saying it must also set out plans for investment in clean energy during a meeting in the coming weeks.

Soaring energy bills is one of the major problems the Government is battling to alleviate, but ministers are not being given fresh funding to ease the pain.

Mr Kwarteng told the industry investing in home-grown energy production is essential to grow the British economy and “crucially bring down consumer bills in the long-term”.

“In return for the UK Government’s ongoing support for the sector, the Prime Minister, the Chancellor and I want to see a very clear plan from the oil and gas industry to reinvest profits in the North Sea and, importantly, in the clean energy technologies of the future,” he wrote.

“At our next meeting in coming weeks, I would like you to set out how you will reinvest profits, double down on investments in the clean energy transition and importantly accelerate and maximise domestic oil and gas production.”

Shadow climate change secretary Ed Miliband said: “Kwasi Kwarteng’s letter is not worth the paper it is written on for millions of families facing the cost of living crisis.

“Families want action to deal with the bills crisis, not a vacuous, insulting piece of political spin.

“The only way to actually make a difference is to do the right, fair and principled thing and impose a one-off windfall tax on oil and gas producers’ profits to provide real help to families now and put in place a green energy sprint in the years ahead.”

Ministers have been resisting imposing the windfall tax, but Chancellor Rishi Sunak opened the door to the move earlier this week.

“If we don’t see that type of investment coming forward and if the companies are not going to make those investments in our country and in our energy security, then of course that’s something I would look at,” he said.