Spencer Gunn has always been a visionary, a man ahead of his time. Born with entrepreneurial spirit, it’s no surprise that over the last 3 years as CEO, the East Londoner has taken global digital X-ray imaging specialists, Direct Conversion to new heights. The 52-year old’s journey to success has taken him on many different […] 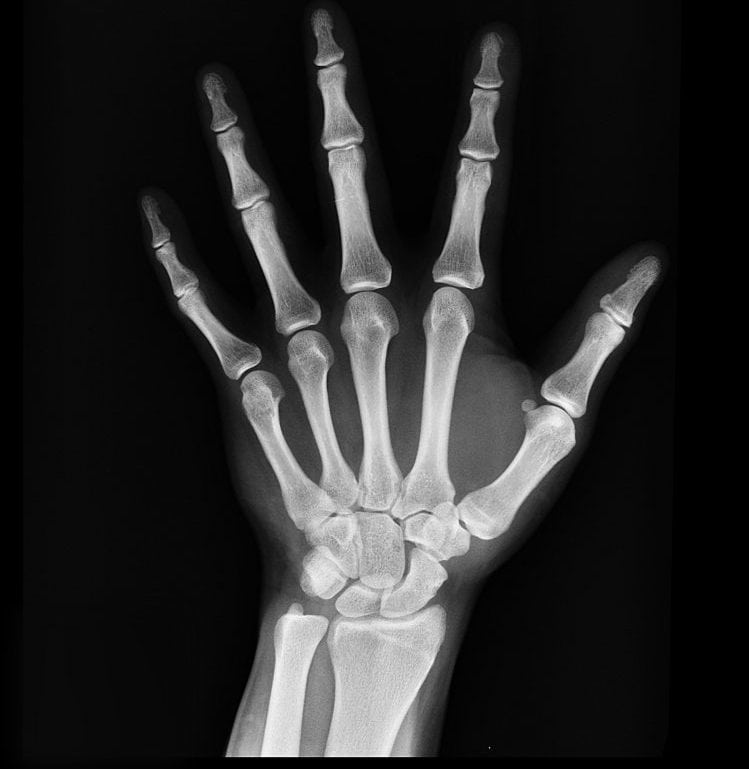 Spencer Gunn has always been a visionary, a man ahead of his time. Born with entrepreneurial spirit, it’s no surprise that over the last 3 years as CEO, the East Londoner has taken global digital X-ray imaging specialists, Direct Conversion to new heights.

The 52-year old’s journey to success has taken him on many different paths, but one thing has stayed consistent, his commitment to caring for his products and his people.

This philosophy has stuck with Spencer throughout his career and is reflected in every business decision he makes. He explains: “I’m a firm believer that you can translate almost everything to business and the same goes for being caring, people won’t care about you if you don’t care about them, no matter how much you’re paying them.”

And it’s an attitude that has held him in good stead over the last 3 decades.

Starting his career as a stock taker and delivery man for a franchise of the Body Shop, Spencer soon realised that computer technology was more up his street. He said: “Computers were really only just becoming a thing and no-one really knew how to use them. They were just word procesors.”

During his time at Body Shop, Spencer found the time to teach himself how to use the computer and how it could make stock taking more efficient. “Everyone told me you can’t do it on a computer, but I proved them wrong, the first inventory took 24 hours to process and ran on Lotus123 but it was a start and that was it, the idea was set.”

From then on Spencer’s entrepreneurial flare started to flourish. He set up his own business with his boss, P&G Stock Taking Services, and travelled across the country with his new-found computer technology. “I’d never had so much money” he said, “we were one of the first companies to offer the service and had business coming out of our ears, but as with all technologies, other people soon jumped on the bandwagon but other opportunities presented themselves.”

Internet and computer software was Spencer’s next move in business. He said: “I joined a friend of a friend in setting up a computer software business, he was convinced that the internet was going to be huge at the time and how right he was.

Our initial business plan was to try to make it easy to connect to the internet from hotels, at that time it was just dial up , however that never quite worked out, so we ended up writing software for password policies and network management. The internet and networking was getting better and better all the time, so for us this was a relatively big money maker.”

“It sounds odd now, but at the time, the internet was so new people didn’t know how to manage it and in colleges across the US, pornography was starting to be a big problem by using up bandwidth. We developed software that made it easier and much cheaper for  colleges to block pornography sites and monitor what their students were downloading. We also set up SMS to email gateways and were first to do Skype to SMS, text messaging to live screens and more. We were certainly ahead of the curve, but didn’t have the money to patent any of our technology.”

Spencer’s ability to leverage visionary technology followed him through to X-ray software in 2004. He said: “Through a chance encounter I started working with Dr Alex Stewart and Professor Dan Kopans on visualisations that changed the way mammography was done and made it better at finding cancers. While working on this we realised that there were very few good detectors being developed so we decided we had to make our own and just before the financial crash we received funding from our venture capital investors which meant we were able to continue our work without being affected by it.”

Spencer joined Direct Conversion in 2012, which has offices in the UK, Finland and Sweden, and since his appointment as CEO, has transformed the business from making a loss to making an annual profit.

He said: “When I joined Direct Conversion, I was very focused on turning this fantastic  technology into a product that you could sell. The philosophy of the business before I arrived

was that if we develop great technology then someone will buy it, but having been a founder of Dexela and brought a new detector to market before, I knew that was not going to happen.

You need a box, a product to sell, and you need images. To me it was obvious but for the business it was a sea-change. But it worked out.”

R&D is a big part of the Direct Conversion business and for Spencer it’s getting the balance between R&D and production which has been a major factor in driving success. He said: “It’s about building a base on which to balance R&D.

We focus hard on process, and are rigorous in maintaining our ISO certifications to prove to our customers that our products are reliable and can service large volume markets. This foundation underpins a large investment in the future of our technologies. With about a third of the organisation working on R&D innovations, we constantly take input from new scientific developments and from our customers so that progress is centred on, and driven by, real market need.”

We hope to make the direct conversion of X-rays and photon-counting mainstream. People say that it is too expensive and too difficult, but we think it can be done and we aim to prove it. There is so much potential the difficulty is in choosing on what to concentrate.”

For all successful businessmen, there’s always an inspirational figure behind their thinking and for Spencer there have been a few but one phrase comes back over and over – “My dad always said ‘don’t bother doing anything unless you’re going to do it right’”