George Nolfi’s tale of the ‘birth’ of Bruce Lee (Philip Ng), set in an evocative representation of 1960s San Francisco is at best an entertaining B-movie and at worst a straight to video bargain bin flick. The story focuses on a pre-legend Lee and his fight with Shaolin Master Wong Jack Man (Yu Xia), the […] 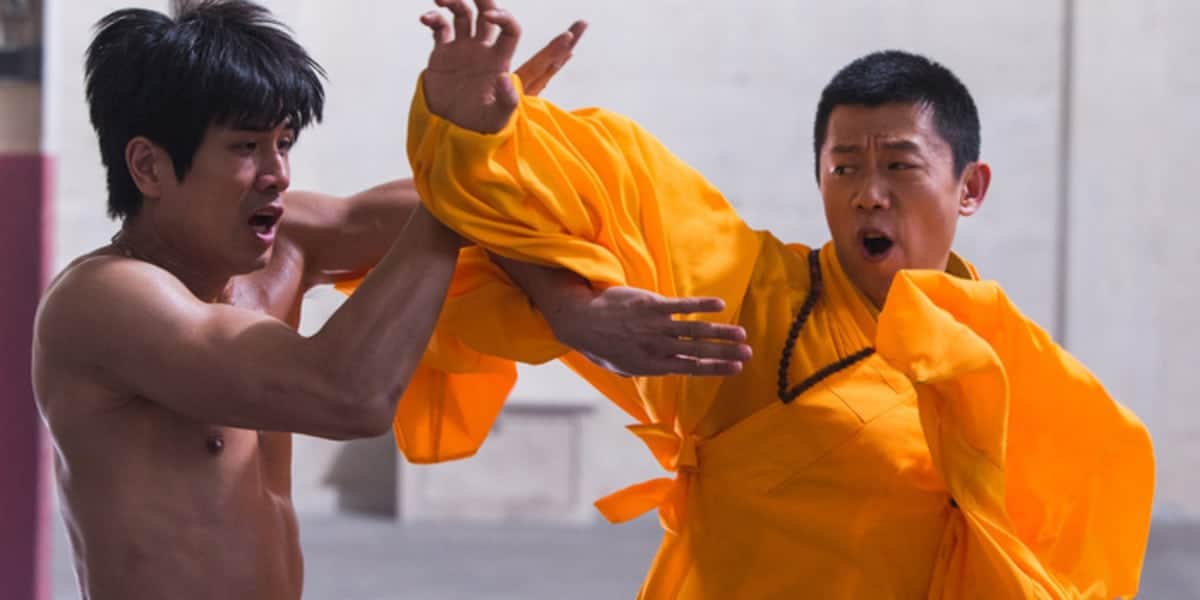 George Nolfi’s tale of the ‘birth’ of Bruce Lee (Philip Ng), set in an evocative representation of 1960s San Francisco is at best an entertaining B-movie and at worst a straight to video bargain bin flick. The story focuses on a pre-legend Lee and his fight with Shaolin Master Wong Jack Man (Yu Xia), the account of which is heavily fictionalised, and although the East meets West showdown did actually occur, very few people were privy to it and the details surrounding the fight have been disputed ever since. Due to this, the fight has taken on an almost mythical sense and is now known as being the catalyst for Lee to bring his new version of martial arts to the world.

The fact that Bruce Lee went on to become the most famous martial arts star in the world is arguably more fascinating than this in-depth look at one particular part of Lee’s story. The screenwriters Stephen J. Rivele and Christopher Wilkinson show Lee as an uber-confident star in waiting that is not fazed by the upcoming fight or his path to success as for Lee his success is predetermined because of how good he is. This does become grating after a while when every line Lee utters is a cocky one-liner. Philip Ng as Lee does a good job with a script that really does need at least one more re-write but overall, Lee’s egotism is seen as a flaw especially when shown against Wong Jack Man’s more spiritual approach. Wong Jack Man refuses to accept or believe that Lee is right in his “Kung Fu for all” ethos and sees the martial art as something more personal and intimate. It is obvious where the film is going to end up from the moment the two approaches are outlined in the opening five minutes, with this storyline being much more interesting than the main one the drives the narrative.

Steve McKee (Billy Magnussen) is hyper-aggressive and a student of Lee’s (Lee actually taught in Oakland not San Francisco) and becomes the link between the two main characters, flitting between locations and having conversations that drive the narrative forward. Meanwhile, in his job as a delivery driver, McKee falls in love with a Chinese girl, Xiulan Quan played well by Jingjing Qu, who is about to be sold into prostitution. The believability of the storyline is stretched most during these sequences and although Magnussen also does an okay job with a bad script, I did find myself not particularly caring about either Steve McKee or Xiulan Quan.

The love story feels like it has been ripped from a different film and the contrivance of a fictional story around a legitimate fight between two martial arts masters where the white guy almost ends up being the hero is a little hard to stomach. The decision to do this felt very, ‘let’s make this film marketable’, rather than being engineered organically. In reality you’d hope that a biopic of Bruce Lee’s early life would be marketable enough without adding in a tacky Steve McQueen rip-off into proceedings.

The film wants to be all things to all audiences; an action film, a character study and an illumination of martial arts but in the end, it ends up being less than the sum of its parts. When, towards the end of the film, Steve is dumped out in the cold, reeling from getting the crap beat out of him, and we watch the two stars proceed to kick-ass the film gains real zip which is all the more noticeable for the hour that drags before it.