The business bought the oil last week at knock-down prices, as sanctions began to bite on the Russian economy. 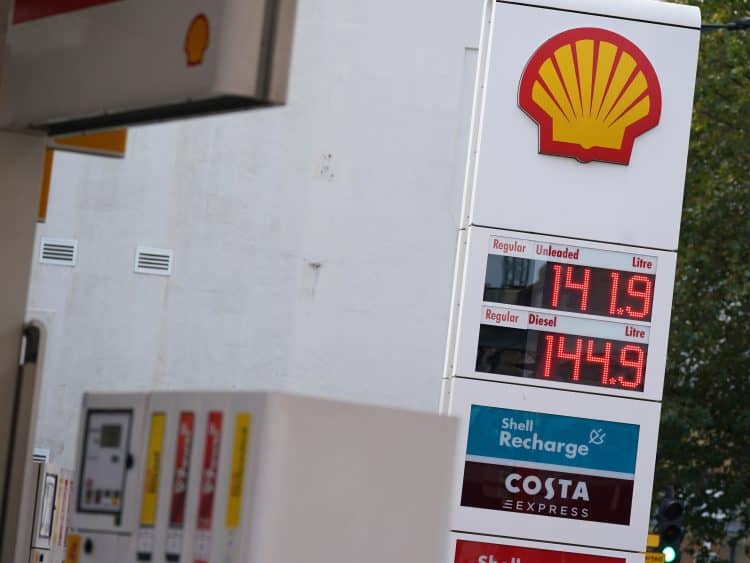 The boss of Shell has said he is “sorry” for buying a shipment of Russian oil last week even as dozens of major international companies announced they would abandon the country over its war in Ukraine.

The business bought the oil last week at knock-down prices, as sanctions began to bite on the Russian economy.

“We are acutely aware that our decision last week to purchase a cargo of Russian crude oil to be refined into products like petrol and diesel – despite being made with security of supplies at the forefront of our thinking – was not the right one and we are sorry,” said chief executive Ben van Beurden.

The company said it would immediately stop buying Russian crude oil on the spot market and will shut service stations, aviation fuel and lubricants operations in Russia.

The rest of the company’s exit from Russian oil and gas will take place over time.

The business said it will “withdraw from its involvement in all Russian hydrocarbons, including crude oil, petroleum products, gas and liquefied natural gas (LNG) in a phased manner, aligned with new Government guidance”.

Profits from the remaining Russian gas that Shell will process will be sent to a fund and the business will work with humanitarian organisations to figure out how best to spend the money.

Mr van Beurden said: “Our actions to date have been guided by continuous discussions with governments about the need to disentangle society from Russian energy flows, while maintaining energy supplies.

“Threats today to stop pipeline flows to Europe further illustrate the difficult choices and potential consequences we face as we try to do this.”

He added: “As we have already said, we will commit profits from the limited, remaining amounts of Russian oil we will process to a dedicated fund.

“We will work with aid partners and humanitarian agencies over the coming days and weeks to determine where the monies from this fund are best placed to alleviate the terrible consequences that this war is having on the people of Ukraine.”

Last week Shell said it would end its involvement with the Nord Stream 2 pipeline which was intended to bring Russian gas into Europe.

It also said at the time it would exit its partnerships with Gazprom.

On Tuesday the company said it might take weeks to complete the removal of Russian crude oil from its supply chains.

It said that withdrawing from Russian petroleum, piped gas and LNG is a “complex challenge” which will need “concerted action by governments, energy suppliers and customers”.

“A transition to other energy supplies will take much longer,” the company added.

It comes as Russia’s unprovoked invasion of Ukraine continues, with shelling seen in many civilian areas of the country.