A month ago, Shell reported a 14-fold increase in profit...later in the day energy regulator Ofgem announced a 54% hike in energy bills for the average UK household. 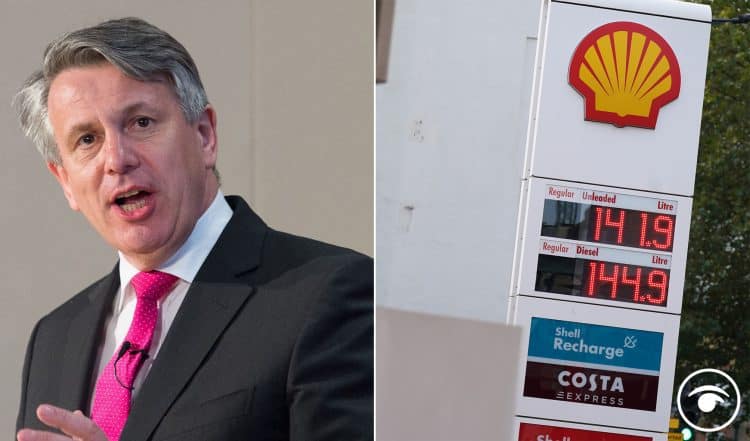 The boss of Shell pocketed a £1.1 million pay rise last year after the business reported a record profit that led to strong calls for a windfall tax on the sector.

Shell came under huge criticism at the weekend after it purchased a cargo of Russian crude at a discounted price.

Its boss said on Tuesday, however, that it was wrong to buy Russian oil.

“We are acutely aware that our decision last week to purchase a cargo of Russian crude oil… was not the right one and we are sorry,” Mr van Beurden said.

The chief executive took an income hit during Covid, and his total remuneration is still lower than before the pandemic. It is also far below the £17.2 million that he made in 2018.

The business has been helped by rapidly rising energy prices in recent months.

Gas prices doubled between 2020 and 2021, the business revealed.

A month ago, Shell said this led to a 14-fold increase in profit last year.

The company would have struggled to choose a worse day for the announcement – later in the day energy regulator Ofgem announced a 54% hike in energy bills for the average UK household.

It led to calls for a windfall tax on Shell and its rival BP from many senior politicians.

Mr van Beurden said that a “small player” like Shell could not itself influence the price of energy much.

“On one hand, we see a booming market, particularly for gas, but also for oil. But at the same time, we are struggling as an industry to keep up with supply,” he told reporters on Thursday.

Since last month, Russia has invaded Ukraine in an unprovoked attack. This has further pushed up gas prices to record levels, while the cost of oil has edged towards its 2008 peak.

For Shell, it has meant difficult decisions, and the oil giant has promised to stop doing business in Russia.

It will pull out of oil and gas projects, shut petrol stations and end its aviation fuels business in the country.

“We will go ahead with these steps, regardless of their financial implications, while doing everything we can to support our staff in Russia,” Mr van Beurden said in an annual report released on Thursday.

The company said it had set up a crisis group to deal with the situation.