Also Marks & Spencer boss Steve Rowe witnessed his pay and bonus package more than double to £2.6 million for the past year. 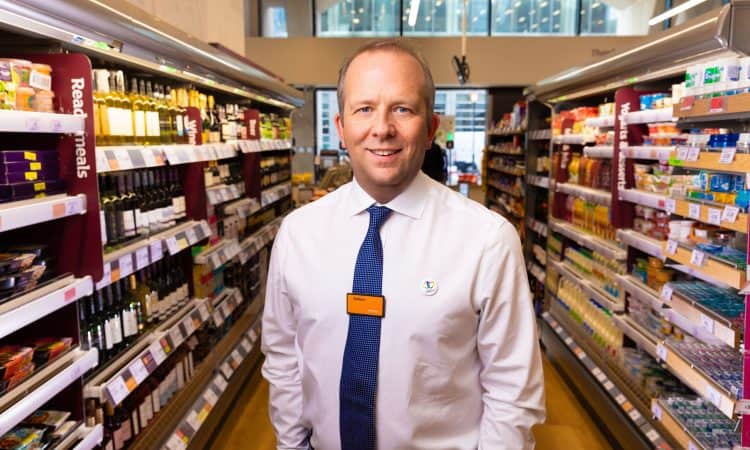 Sainsbury’s has revealed that its chief executive, Simon Roberts, received pay worth £3.8m in the latest financial year

The huge rise comes as the chain rejected calls from big investors for it to ensure all workers in its stores receive a living wage.

Sainsbury’s does pay the living wage to its 171,000 direct employees across more than 1,400 stores in the UK.

However, it has declined to make its contractors pay the living wage of at least £9.90 an hour outside London or £11.05 in the capital.

It means that his salary is 183 times larger than that of the median worker at the supermarket.

Sainsbury’s staff have been given 5.3 per cent pay increase for the workers directly employed in stores, not keeping up with the 9 per cent rate of inflation.

It comes as former Marks & Spencer boss Steve Rowe witnessed his pay and bonus package more than double to £2.6 million for the past year as the cost-of-living crisis continues to bite for customers.

The retailer also confirmed that the new top three bosses at the business are in line for around £15 million if they meet bonus targets.

It comes shortly after the bosses of Tesco and Sainsbury’s also witnessed large jumps in their total pay deals despite the volatile economic backdrop.

Mr Rowe, who stepped down as chief executive officer of M&S last month, saw pay and bonuses jump from £1.07 million in the previous financial year.

Bonuses in the City are at a record high and rising six times faster than wages, research suggests.

The TUC said its analysis of official data shows bonuses in the financial and insurance sector increased by 27.9% over the last year, compared with 4.2% for wages.

The average bonus in the finance and insurance sector rose from £3,146 in the first quarter of 2021 to £4,021 in the same period this year, said the union organisation.

The TUC said record payouts suggested that City executives’ bonuses of the pre-financial crash era were back.

City bonuses in March 2022 were worth a total of £5.9 billion, it was estimated.

TUC general secretary Frances O’Grady said: “There is no justification for such obscene City bonuses at the best of times, let alone during a cost-of-living crisis.

“Working people are at breaking point, having been left badly exposed to soaring bills after a decade of standstill wages and Universal Credit cuts.

“Ministers have no hesitation in calling for public sector pay restraint, but turn a blind eye to shocking City excess.

“It’s time to hold down bonuses at the top, not wages for everyone else.

“The Government needs to clamp down on greedy bonus culture by putting workers on company pay boards and introducing maximum pay ratios.”

Related: Cosy! Tory MP voted for PM after ministers promised to review funding in his area