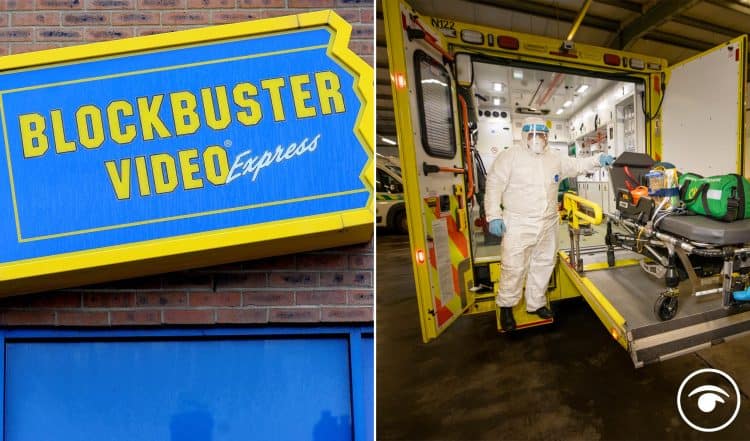 The Health Secretary has likened the NHS to a now-defunct video rental store in a world dominated by streaming services, saying the country has a “Blockbuster healthcare system in the age of Netflix”.

Downing Street said Sajid Javid told a Cabinet meeting on Tuesday that it is “no longer simply an option to stick to the status quo”, and the Government had set the NHS a target of “dramatically improving productivity” to save £4.5 billion per year.

But the Prime Minister’s official spokesman said there was no new money to cover the reforms, beyond what had already been set out by Chancellor Rishi Sunak.

He told reporters: “The Health and Social Care Secretary updated Cabinet on the scale of the challenge post-pandemic, saying we had the Blockbuster healthcare system in the age of Netflix. He said it was no longer simply an option to stick to the status quo.

“He said large-scale changes were needed in areas such as the use of technology and data to help frontline workers deliver the high-quality service the public expects.

“He said the Government had set the NHS a target of dramatically improving productivity to save £4.5 billion a year.”

Asked what was meant by the Blockbuster and Netflix analogy, the PM’s spokesman said the Health Secretary was making the point that some of the “structures and systems” within the healthcare system were “designed for a different age”.

Mr Javid is of the view that there needs to be “big and bold changes to the NHS and care system so the public can get the level of service they expect”, he said.

But asked if there would be any new funds to cover the cost, the spokesman said: “There is no further investment beyond obviously … the funding envelope already set out by the Chancellor.”

Blockbuster closed its remaining stores in the UK in December 2013, after administrators were unable to find a buyer for the chain.

It had been hit hard by intense competition from supermarkets, as well as the shift from physical rental and sales to online games, music and films.

Downing Street said Boris Johnson told his Cabinet the Government was “rightly investing massive sums into the NHS and social care system” and that “the public will want to see further improvements in the service they receive as a result”.

Related: Bonuses in City ‘at record high’ as ‘demoralised’ nurses ‘driven out’ of profession