It comes as the fiancee of murdered Saudi journalist Jamal Khashoggi, has described Joe Biden’s decision to visit Saudi Arabia as “heartbreaking”, accusing the US president of backing down from his pledge of prioritising human rights. 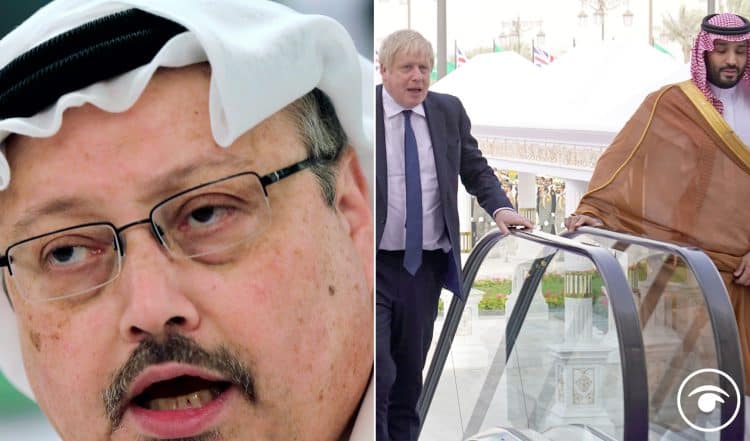 It comes as President Joe Biden yesterday stopped short of committing to raise the 2018 murder of journalist Jamal Khashoggi with leaders in Saudi Arabia this week, instead saying he “always” brings up human rights and that his views on the murder have been made “absolutely” clear, reports CNN.

Hatice Cengiz, the fiancee of murdered Saudi journalist Jamal Khashoggi, has described Joe Biden’s decision to visit Saudi Arabia as “heartbreaking”, accusing the US president of backing down from his pledge of prioritising human rights.

Ms Cengiz said the president should press Saudi Arabia – a country that she described as a “terrible ally” – to embrace a human rights agenda.

She also wants Mr Biden to seek more answers from Saudi authorities over what happened to Mr Khashoggi’s remains.

Crown Prince Mohammed bin Salman has long denied any knowledge or involvement in Mr Khashoggi’s killing, which was carried out inside the Saudi consulate in Istanbul by agents who worked for the young heir to the throne.

The brand – a favourite of fictional spy James Bond – said it would raise between £500 million and £600 million from shareholders to pay down its debt.

Aston Martin previously said the debt was expected to cost around £130 million just in interest payments this financial year.

The alternative was to tap shareholders for money in a fundraiser anchored by the Public Investment Fund (PIF).

Controlled by Crown Prince Mohammed Bin Salman, the PIF is Saudi Arabia’s sovereign wealth fund, one of the biggest in the world.

It has around half a trillion dollars to throw around, though its investments often court controversy.

The fund’s takeover of Newcastle United Football Club last year – it provided 80% of the cash for the deal – sparked protests outside the Premier League side’s stadium over Saudi Arabia’s human rights abuses.

Until just a few years ago, women were banned from driving in the kingdom, while the country is still a frequent user of the death penalty.

A woman in Saudi Arabia has to live under the guardianship of a man – often her father or husband – who makes critical decisions on her behalf.

Some jobs, including judges, are off limits to women.

The country also locks up those who campaign for changes to its restrictive laws.

The PIF will appoint two members to Aston Martin’s board.

Mr Stroll said: “Today’s announcement marks the latest success in the evolution of Aston Martin, the restoration of the business and balance sheet we inherited, and the acceleration of our long-term growth potential.”

He added: “I am delighted to welcome the Public Investment Fund as a new anchor shareholder in the company, alongside my consortium.

“We have a shared vision and our joint participation in this important strategic financing demonstrates both our confidence in the prospects for the company and our commitment to the future success of Aston Martin.”

Related: Watch: Bryant assessed Johnson’s record and it is brutal for the outgoing PM