"If only someone had flagged up 'Sir' Philip Green's tendency to run businesses onto the ground before." 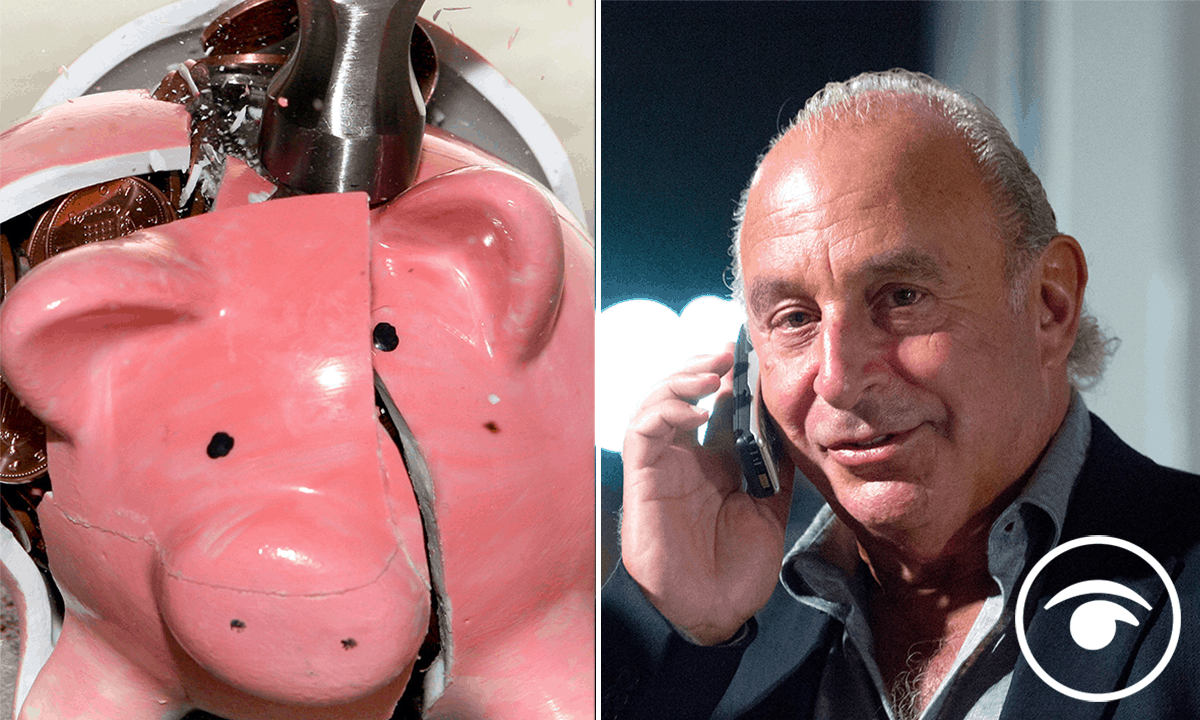 There have been calls for Sir Philip Green to rescue the pension scheme as his retail empire is about to collapse.

MP Stephen Timms, the head of the Work and Pensions Committee, called on the Green to stump up funds as he urged the Pensions Regulator watchdog to protect pension scheme members.

Mr Timms also asked about the status of a £385 million package that was agreed between the regulator, Arcadia and the group’s owner last year.

If the group, which has brands including Topshop, Dorothy Perkins and Burton, enters administration, its pension scheme would be taken on by the Pension Protection Fund.

Arcadia’s pension deficit, which is estimated to be as much as £350 million, raises risks that some workers could lose out.

Mr Timms called on the Green family to use their personal wealth to cover the shortfall.

He said: “There is unquestionably a moral case for the Green family to do the right thing and guarantee Arcadia’s hardworking staff what is rightfully theirs, whatever happens this Christmas.

“But the Pensions Regulator must also ensure that it is doing everything in its power to fight the corner of the pension scheme members.

“This is a crucial moment for the regulator to show that it has learned the lessons of previous corporate collapses, such as those of BHS and British Steel.”

The comments come as Mike Ashley’s Frasers Group confirmed an offer for a £50 million lifeline has been rejected.

In a statement to the London Stock Exchange, the company said: “Frasers Group can confirm that Arcadia Group Limited have declined Frasers Group’s offer of a lifeline loan of up to £50 million.

“Frasers Group were not given any reasons for the rejection, nor did Frasers Group have any engagement from Arcadia before the loan was declined.”

According to the BBC Arcadia Group will enter administration on Monday  with Deloitte to be appointed as administrators in the coming days.

The UK taxman could also lose out if the company goes bust on Monday.

It would come ahead of new rules next month which would make HMRC a preferential creditor and improve its chances of securing substantial revenue from the retail group’s insolvency.

Many people on social media were outraged at Green’s actions, or lack of them.

TV News Presenter Jon Snow Tweeted: “I have the honour of having been physically man-handled and thrown out of Philip Green’s office by the man himself after asking him about the state of his business years ago. Sad that so many will lose their jobs now that it is crashing.”