“This is what bandit capitalism looks like. Ordinary people are going to pay the price in rising costs and fuel poverty while these directors apparently get to walk away wealthy. " 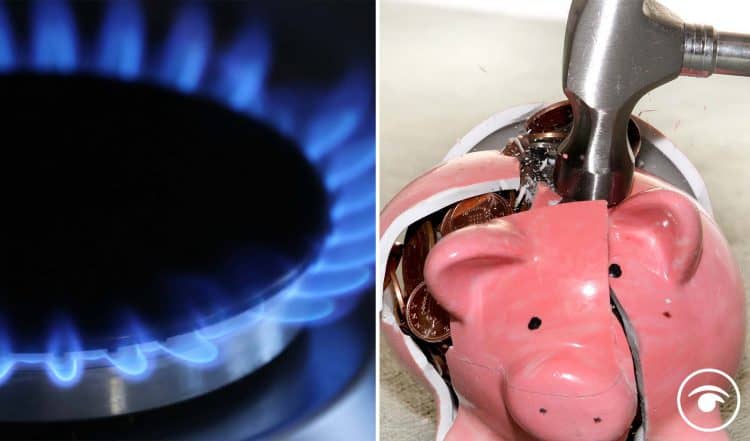 Around 15 million households across Britain will be hit with a £178 annual hike on their energy bills as the price cap is set to soar to another record high from April, analysts have said. It comes as the pay and benefits of the failed companies has been uncovered.

Experts at research agency Cornwall Insight expect that the price cap will be hiked to £1,455 for the typical household.

It comes after the cost of gas on wholesale markets rocketed at unprecedented rates, up 70% since August and 250% since the beginning of the year, according to trade body Oil & Gas UK.

The price cap is reviewed by regulator Ofgem every six months based on a set of rules.

April’s level would be a 14% increase on the already record-setting £1,277 that is set to come into force from next Friday.

It is also £317 per year higher than current levels.

Cornwall Insight senior consultant Dr Craig Lowrey said: “Although the winter 2021-22 cap was a new record (£1,277 for a typical dual fuel direct debit customer), Cornwall Insight modelling indicates that – given the extent of the increases in the wholesale market and the manner in which the cap is set – this is set to be surpassed by that for summer 2022.”

He added: “We would need to see a material and sustained reduction in the wholesale market to avoid the kind of cap levels we are predicting for the period.”

Directors of Utility Point, The People’s Energy Company, PfP and MoneyPlus Holdings scooped £1,690,672 in company payments, according to the latest available figures.

The payments were made over the most recent year, with the exception of MoneyPlus Holdings which made the payments over 18 months.  MoneyPlus, whose energy subsidiary which collapsed leaving a reported 40,000 customers with potentially higher bills, dished out £580,000 to its top brass. [1]

High director payments are common across smaller suppliers. Avro Energy, which has been ordered to comply with an Ofgem disclosure deadline, paid £163,655 in ‘advances to directors’ in 2018/19, according to the company’s most recent accounts.

Gary Smith, GMB General Secretary, said:“This is what bandit capitalism looks like. Ordinary people are going to pay the price in rising costs and fuel poverty while these directors apparently get to walk away wealthy.

“Our energy supply is critical to national security and affordability. It’s not a game. These energy companies were spending customer money that they were in credit with. How much in customers money has been lost during this fiasco?

“We urgently need an energy and industrial strategy based on the UK’s real-world needs to safeguard the future – and any prospect of bailouts must come with cast-iron guarantees to help deliver those changes so we can tackle this growing crisis.”

Related: ‘Leaves me flat:’ Reactions as UK’s CO2 supply is about to lose its fizz