Scottish Seafood Association chief executive Jimmy Bucha was among the sector leaders to tell the Prime Minister the Brexit deal “had fallen far short of expectations”. 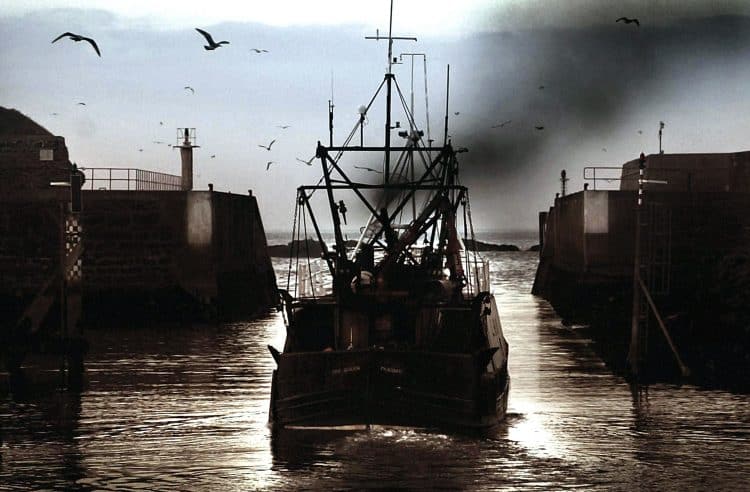 Fishing leaders have urged the Prime Minister to “stem the haemorrhage” of foreign workers in the industry following Brexit.

Scottish Seafood Association chief executive Jimmy Buchan pressed the Prime Minister on the number of staff lost to the industry as a result of Brexit, which has dramatically reduced the number of seasonal workers in Scotland and had an impact on the seafood sector.

Mr Buchan said: “I sought an assurance that the Government would work closely with us to resolve the critical shortage of labour.

“He agreed that a campaign was required to encourage young people into the industry and on the need for direct action to stem the haemorrhage of overseas workers that has occurred since January 1.”

Mr Buchan was also among the sector leaders to tell the Prime Minister the Brexit deal “had fallen far short of expectations”.

The sector saw delays in exporting goods when red tape imposed by the deal caused tailbacks at Dover.

The deal also allowed EU fishermen into UK waters until 2026.

Elspeth Macdonald, the chief executive of the Scottish Fishermen’s Federation, said the Prime Minister had a duty to support the sector between now and when the access of EU fishermen expires.

“The Prime Minister has spoken previously of an El Dorado of fish from 2026 onwards but we are seeking a commitment from him to deliver much better opportunities for the Scottish fleet in the meantime as well as in the longer term,” she said.

“In the short term it will be a case of survival for the industry, but we want to thrive, and to ensure that we can build back this industry we need to start planning now.”

The Prime Minister and Business Secretary visited an offshore wind farm in the North Sea after the Fraserburgh meeting, where Ms Macdonald raised the issue of offshore renewables.

“More renewable energy is clearly vital in the fight against climate change, but we need also to recognise that fish is a healthy protein foodstuff with a very low carbon footprint compared with all other animal and many plant-based sources,” she said.

“As well as the lack of fishing opportunities, the industry is facing a spatial squeeze as offshore wind grows.

“The wind blows in many more places than fish swim, and for both sectors to flourish, decisions must be made that allow for us to co-exist successfully.”

Related: ‘Waste’: Fisherman says exporting to China is ‘cheaper and easier’ than to France post-Brexit