It comes as Boris Johnson prepares to host a round table with representatives from football governing bodies. 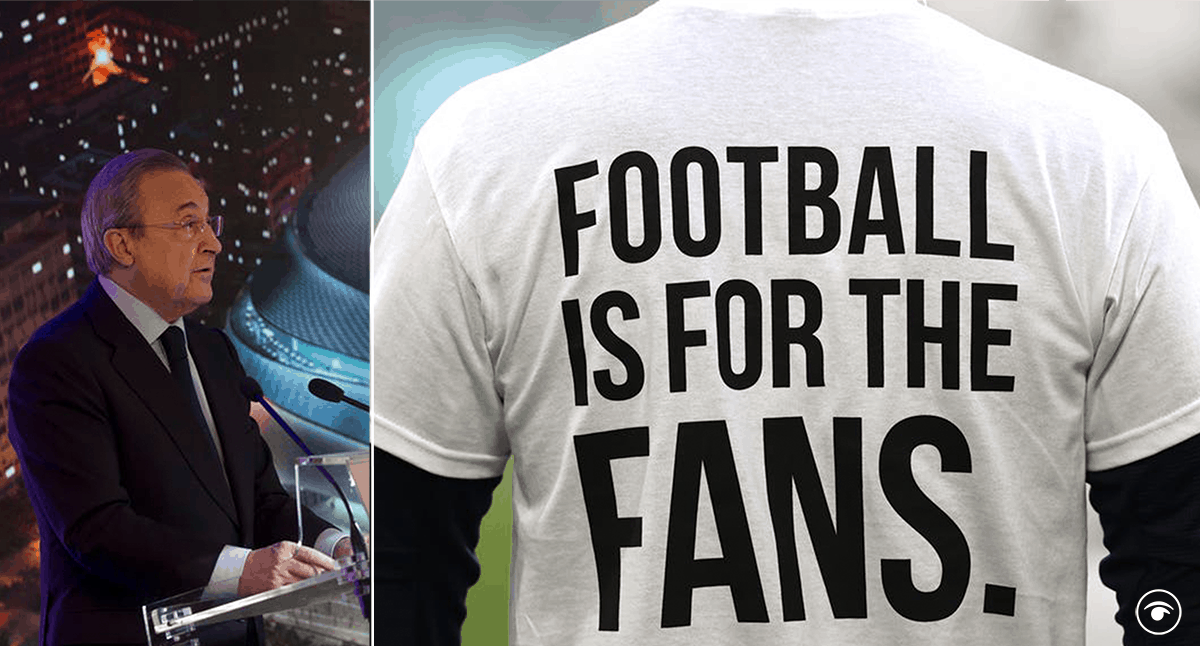 The chairman of the new European Super League claims they are setting up the breakaway league to “save football” following mounting opposition from fans.

Florentino Perez, who is also president of Real Madrid, told El Chiringuito TV: “We’re doing this to save football, which is in a critical moment.

“The important clubs in England, Italy, and Spain must find a solution to a very bad situation that football is going through.

“The only way of making money from admissions is by making more competitive games that are more attractive, that fans around the world can see.”

But they have been criticised by fans, former footballers, and politicians, many of whom have called them greedy and warned that the new competition will damage the game.

Today it was announced that Boris Johnson will host a round table with representatives from football governing bodies including the FA and the Premier League as well as fans’ representatives on Tuesday to discuss the proposed league.

The Prime Minister promised football fans prior to Tuesday’s meeting he will do everything possible to give the “ludicrous” new league a “straight red”.

The Duke of Cambridge – who is the president of the Football Association – was among those who voiced his dismay at the “damage” the plan would do to the national game.

Writing in The Sun, the Prime Minister said he was “horrified” at the implications for clubs up and down the country which had a “unique place” at the heart of their communities.

In a direct message to fans, he said: “It is your game – and you can rest assured that I’m going to do everything I can to give this ludicrous plan a straight red.”

There were protests outside grounds around the country on Monday at the scheme put forward by Liverpool, Manchester United, Manchester City, Chelsea, Arsenal and Tottenham together with six leading Spanish and Italian clubs.

Fans of both Liverpool and Leeds gathered outside the Yorkshire club’s Elland Road stadium before their evening fixture while a plane flew overhead with a banner proclaiming “Say No To Super League”.

The plan has been roundly condemned by both the FA and the Premier League while Uefa president Aleksander Ceferin has warned players who take part could be banned from representing their countries in the World Cup and Euros.

It is understood the Premier League has called its other 14 clubs to an emergency shareholders’ meeting on Tuesday morning, to which the so-called Big Six have not been invited.