Over the last two months, we have seen the increasing determination of the Conservative Party to hold onto power. Many of observed that they are without a stated plan, either for Brexit or British society. And despite some concessions, it looks like the austerity agenda is continuing, albeit completely dropping the pretence that ‘we’re all […]

by DH Talbot
in Uncategorised 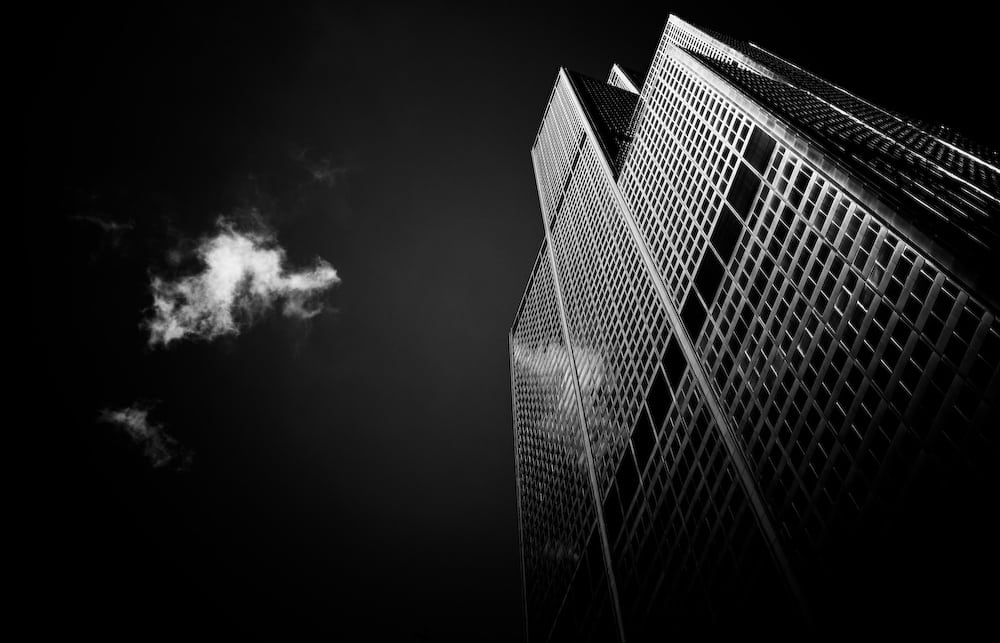 Over the last two months, we have seen the increasing determination of the Conservative Party to hold onto power. Many of observed that they are without a stated plan, either for Brexit or British society. And despite some concessions, it looks like the austerity agenda is continuing, albeit completely dropping the pretence that ‘we’re all in it together,’ as their pet projects, from the DUP deal to a US developed parliament renovation, are funded to the hilt.

Few have observed the ‘strategy’ at play by Conservatives, as much part of their DNA as attacking the less well off. It’s about lowering aspirations and eradicating the possibility of change or challenge. It’s about transporting us to what I like to call the dead zone.

Consider this small example. All around the world, in more progressive regions, governments – local and national – are doing their best to tackle the problems caused by cars. We’ve seen cycling schemes, cycle hire, clean buses, alterations to the architecture of roads. An idea is posited, research is done, and change enacted.

In the area I live in, long run by a Conservative county council of – largely – older white men, the buses are 30 years old, dirty, and expensive. You can’t persuade anyone to introduce a functioning travel card, which means the buses are also slow. A cycle infrastructure hasn’t happened. Speeding is normalised, and they won’t change speed limits, introduce speed control architecture, or do anything about congestion, even when people die. 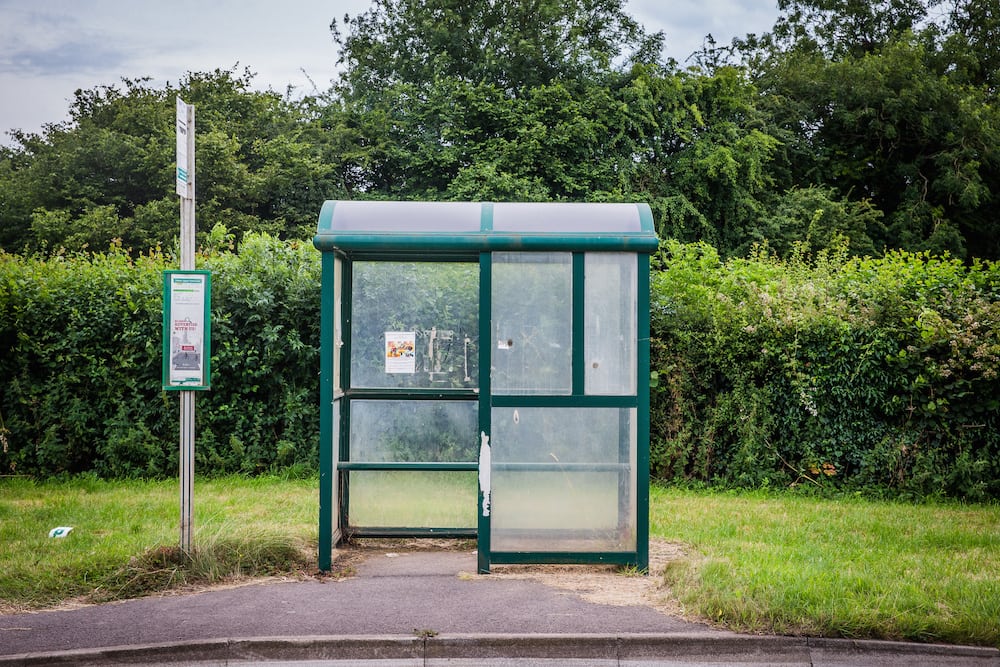 It is similar to the government’s proposals to control pollution, which involves eradicating diesel by 2050 (by which time, no-one will be using them anyway given technological change) – a ‘non-change’ in other words, the epitome of a ‘do nothing’ political culture.

Approach the council to propose a change, and replies are slow or absent, responsibility passed along the line, and eventually, proposals declined for a plethora of bureaucratic or cost-cutting reasons. Too many changes are needed, with too few people willing to see it through, and seeing any movement occur is a superhuman effort. Where I live, activists are quickly burnt out and sometimes become very ill. 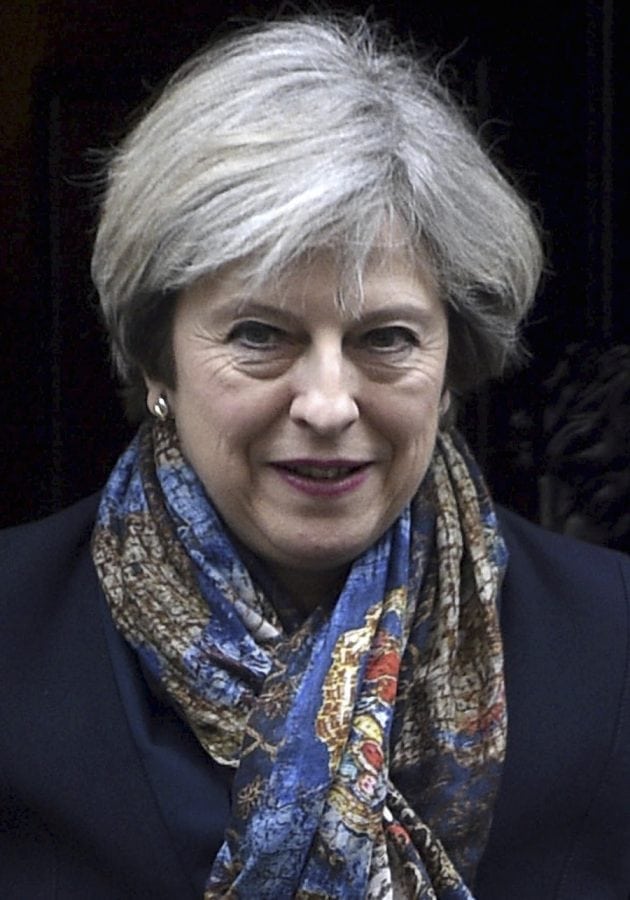 Conservative governance works by passively blocking change. Combined with the effects of austerity, it lulls its population into believing that things will always be the same and that nothing will improve for them. It inculcates a culture of grinding acceptance.

Conservatism destroys agency, to the degree that change feels scary and unsettling. Populations are nudged into acceptance for so long that their core being feels a shock with any alteration to their everyday world. It is a contextual, cultural, laziness, a passivity that lets alternatives slide away. It is, presumably, why people continue to vote Conservative in the areas they dominate, despite how bad they are at governing.

Conservative areas are insular and self-referential. There are no cultural windows to the world where we can compare our situation with others. ISIS, totalitarian regimes and cults work in a similar, admittedly more spectacular ways. They simply cut off links to the outside world and tell their populations that the norms they are trying to inculcate are universal. ‘There is no alternative’ is an idea at which Conservatives excel, and something of which we should be wary as the Brexit creep continues. 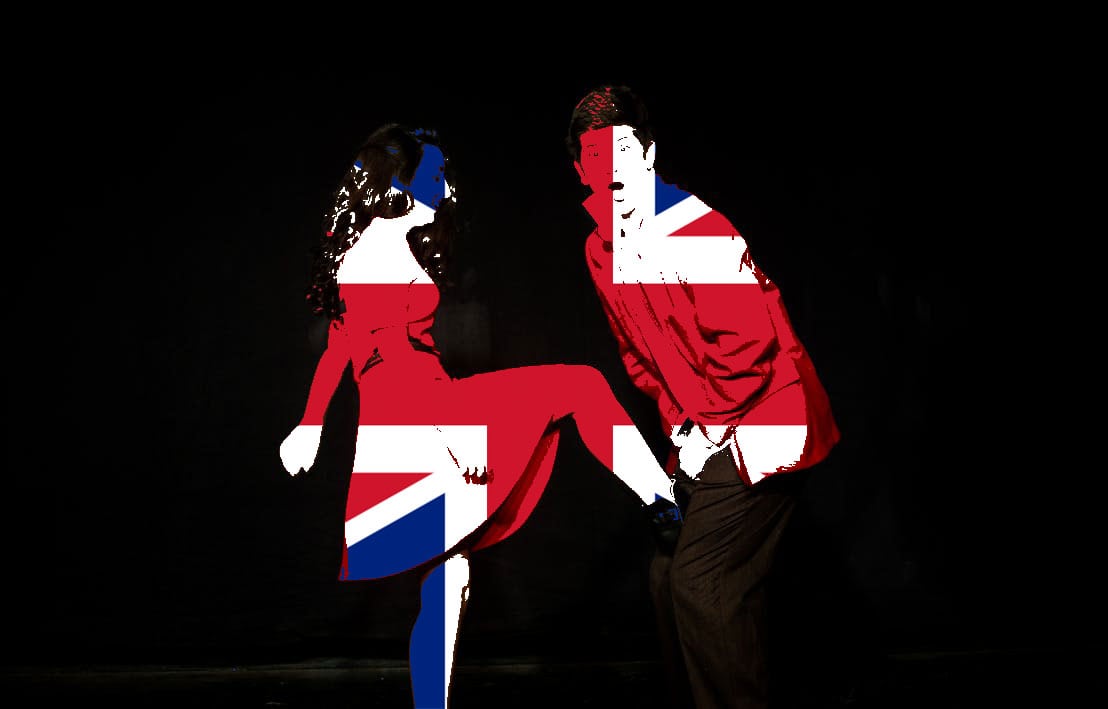 It’s perhaps easier to make sense of government’s behaviours when looked at from this psychosocial perspective. Whether they are doing u-turns, leaking, or spinning us in the farce that is Brexit, the underlying core of their interpersonal violence towards the population is to destroy aspirations and the possibility of change. Hanging onto power, spreading confusion, and doing nothing is the long-term strategy for Britain.

It is what makes our current government totalitarian in intent, even if we are not anywhere near the tipping point into a totalitarian regime. We are not softened up enough yet…

One of the most self-defeating aspects of Brexit is that it reduces civilisation to survival. Great feats of the imagination will be lost, as society becomes a scramble to the bottom.

In very small ways, we can expect our lives to change in negative ways over the next decade, to the degree that our degraded circumstances will feel normal. What do I mean by this?

In an act of cultural desperation, I demanded recently that my partner bring home a ‘hipster artefact’ from London, where he works.

He brought home a notebook from Japan, made with the highest grade of paper possible – a luxury item. 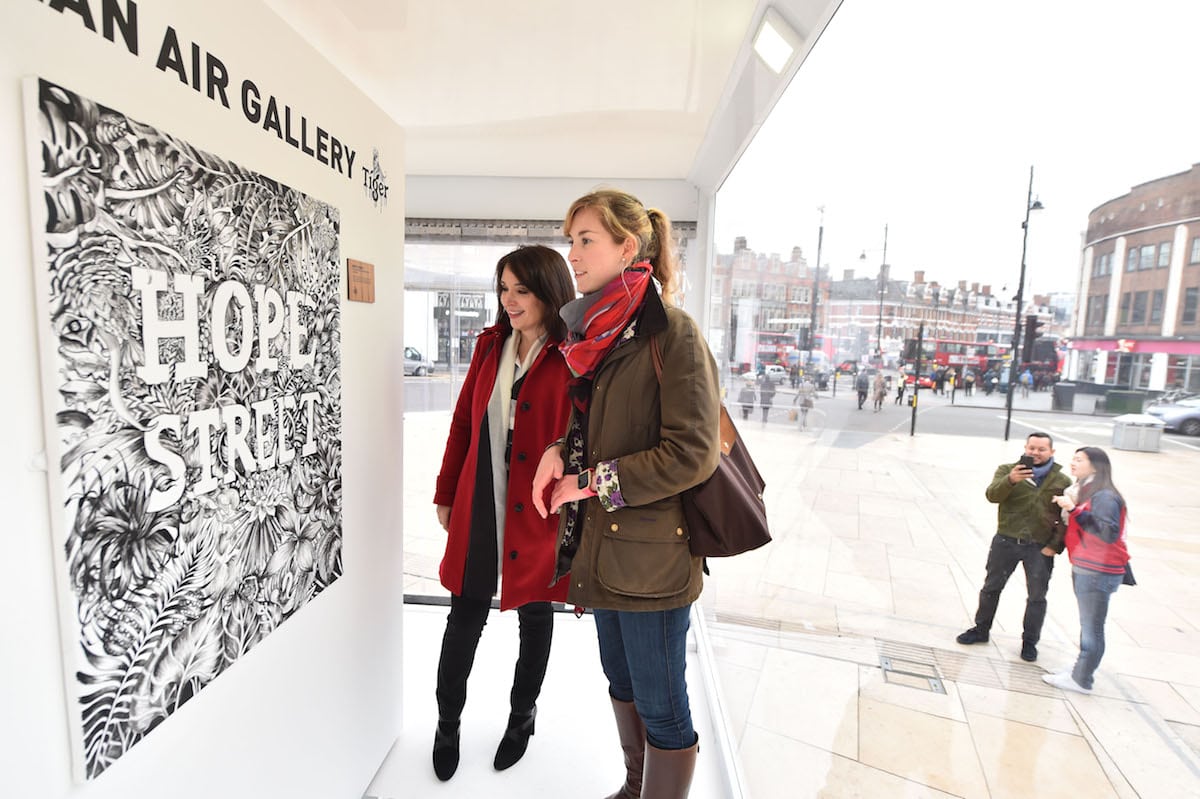 Art and luxury artefacts are much derided as a symbol of urban decadence, and I’d argue it is a (counterintuitive) aspect of conservatism. Why spend money on culture, when people are using food banks, they argue? Why all these shops selling imported specialist items in our neighbourhoods, when people can’t feed their children? Why all these cultural projects, when we need to cut public spending. It’s a waste of taxpayers money, which should be eeked out in small drips. It’s why everyone hates hipsters, seemingly, with their artisan artefacts and locally brewed craft beers at £5 a go.

I have sympathy for the survivalist position, because, yes, it does seem mad to have art galleries when people are starving. But art and these seemingly ridiculous items of decadent luxury allow us to imagine a better future and is part of the architecture of change we most urgently need. It is not art or food; art is one of the cultural motivators that provoke the social change we need to feed our population.

But there’s more. I handled this notebook, turning it over and over in my hands, feeling the silky soft paper and the iconic cover, I had a feeling that I was holding something from a lost past, much as people might have been foraging for food in the dark ages and stumbled across an Antikythera mechanism. Would they pick it up, examine it, and be reminded of a time when we could dream about more than food? 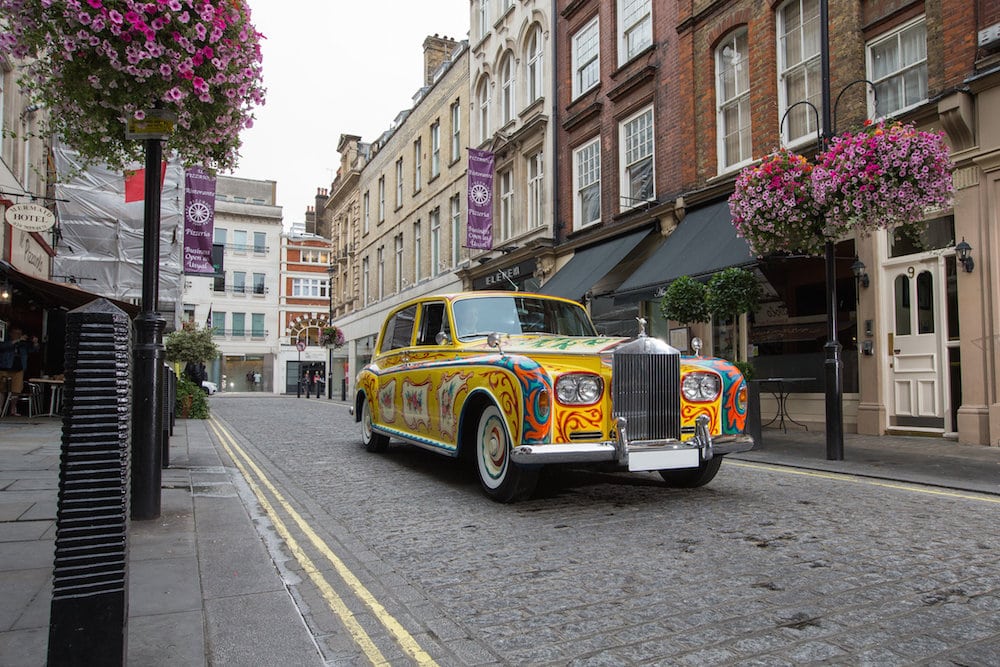 I spend a fair amount of time, much like the central character in the Handmaid’s Tale, being psychologically transported between realities. It’s the times in which we live, I’d contend. We are in an unsettling chaos, poised between various unwelcome options, and spun on a wheel of fake news, disinformation and destruction. Staring at the notebook, I felt like that fictional person in the dark ages and a person of the future, looking at the iconography of our cultural high point, from which point we have been radically diminished.

Arguably I should move back to the city where I belong, where there are still many people who believe that change is desirable and possible, and where people ‘do things’. But with the way our government and society is going, if we aren’t very careful, the reality I inhabit will become everyone’s reality, and the even dynamic urban dream, the bubble of sanctity, will be lost.

What do we do?

We need to be alive to what is happening all around us and find ways to hold onto the principles of life that are necessary to feed our bodies and our minds.

You can do what I’ve done, and construct a private world of physical reminders of the possibilities of change. You can – in these areas of non-change – find a project and pursue it to the end, psychologically fending off sleepy passivity and naysayers with a stubborn determination. It’s a matter of will, trying to conjure up what progressive change looks like when everything around you is slumbering.

But, and this is a warning from the dead zone, we can’t rely on the idea that change will go our way, despite the recent general election. We are culturally in a bad way, sleepwalking towards autocracy. Write and warn, get active, talk to friends and family. Do exemplary campaigns. Or very soon, we will be looking back to these times as a lost golden age of civilisation.

DH Talbot is a journalist, urban ethnographer and part-time psychogeographer. She is currently looking to do a major ethnographic study of conservatism.