By Sean Michael Wilson Over the last 5 years people of left wing views have been focusing a lot on how the Tories are making life worse for people in the UK. Increasing student debt, decreasing housing benefit, making welfare payments more difficult to access, etc. But certain people, of a more right wing or conservative […] 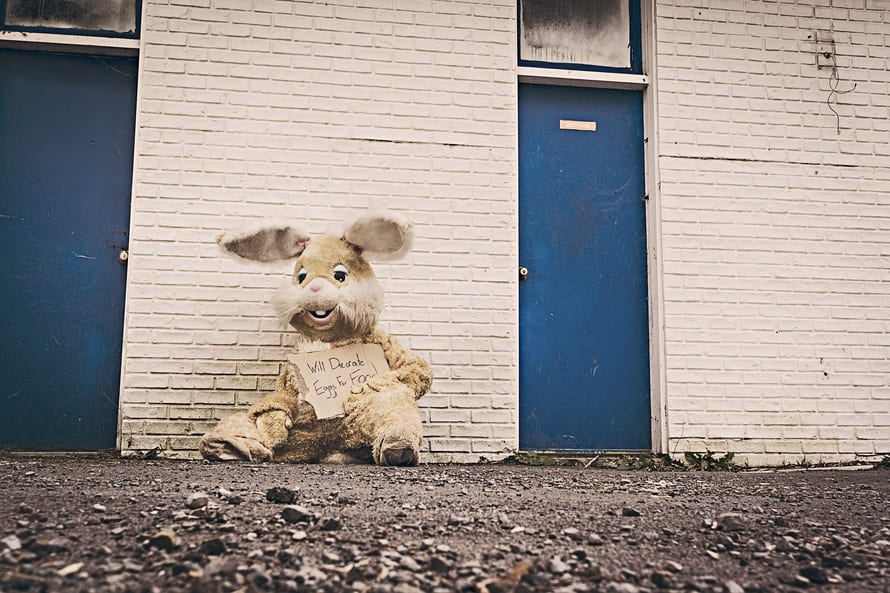 Over the last 5 years people of left wing views have been focusing a lot on how the Tories are making life worse for people in the UK. Increasing student debt, decreasing housing benefit, making welfare payments more difficult to access, etc. But certain people, of a more right wing or conservative bent, have reacted rather differently. They come up with what they may think of as hard nosed, realistic views (of a social darwinist type, that is). Comments like ‘When I was young I worked hard. Young people today have it too easy…’ or a comment on a recent newspaper article bemoaning the reduction in things like student grants, housing benefit, etc: “…in the fifties and sixties we had few of these things but we survived and were made tougher… ”

These views are not just miss-placed, they are factually incorrect. Many of the positive aspects of society, that people complain are now under threat, blossomed in the 40s, 50s and 60s and people then directly benefited from the kinds of things that the so called ‘entitled youth’ of today are now having deprived from them. For example:

Housing – Housing Benefit has it’s origins in the 1948 welfare state provisions. A whole range of Housing and rent type legislation in that time helped ordinary people’s lives in terms of having decent housing, being more free from exploitation by landlords and the stress of worry how to pay the rent. Legislation such the ‘Housing Repairs and Rents Act 1954’, the ‘Protection from Eviction Act 1964’, the ‘Rent Act 1965’ helped a lot. These were made under both Labour and Conservative governments of the 1940s, 50s and 60s. But now, the lovely Tories plan on barring under-25s from claiming housing benefit. Meaning the under 25s of, say 2016, would be distinctly worse off in this aspect of their lives than the young people of 1966.

Student grants – Mandatory maintenance grants were introduced in 1962 (right in the middle of that time that people often claim there was little such help) for students to cover tuition fees and living costs. It was exactly such help that made life better for ordinary people and improved society in general. Again, the Tories started to reduce all that, from the early 90s, and it got worse and worse (under New Labour too) until it’s at the point now than most graduates have sky high debts, to the levels that were unthinkable in the 50s and 60s.

Unemployment money – National Assistance started in 1948 under the progressive Labour government of the time, becoming Supplementary Benefit in 1966. Income support was introduced in 1988 under Thatcher, and JobSeeker’s Allowance in 1996 at the end of the Tories long rule of that period. Millions of people since the late 40s have had the distinct benefit of having that basic income level to rely on. To free them of financial worry, allowing them time and energy to build a base from which to start again after being made redundant. To make new plans, educate themselves further, develop ideas and re-launch themselves in some useful way.

But the Tories have undercut this, with the tough ATOS assessments and the resulting rise in suicides (at a figure still hotly debated). We have seen a large increase in the use of food banks, with the Trussell Trust reporting the amount of food banks has risen to almost five times as many as in 2010. In 2014-15 they gave out enough food to feed just over 1 million people. Now the Tories plan to force single parents on income support to seek work when their youngest child is 3 years old, tightened yet further from the present age of 5. How will that help such family’s form the close bound family ties the Conservative’s always harp on about? ‘Sorry, little Johnny, I can’t help you with your homework now, I have to get off to my cleaning job. But the TV will keep you company.’ Incidentally, the slang word for unemployment benefit in the UK is ‘the dole’, which is derived from the Old English word dāl, meaning ‘one’s allotted portion’. And that is what it is, in a decent society that works well – the distribution of ‘one’s allotted portion’ in a way that gives us that basic level of financial security, from which we work out something positive, useful, productive, and play our part in the world.

Incapacity, Disability and Sickness Benefits – these types of help can perhaps be traced back to the ‘compensatory type benefits’ for people who became disabled while ‘serving the nation’ in some way. Such as the War Disability Pension, created after the First World War. It was not just serving the nation in a direct military capacity that attracted such help, and the Industrial Injuries Disablement Benefit started in 1948.

The ‘Earnings replacement type benefits’ also grew up to help people unable to earn enough because of sickness or disability. To begin with sickness and disability were not categorised as specific reasons for getting National Assistance. But from 1966 the new Supplementary Benefit started to take this more into account with higher rates of help for people out of work for a long time, including the sick and disabled. Then a specific supplement to the income for those suffering from long-term disability was introduced in 1971, called Invalidity Benefit. The present Disability Living Allowance started in 1992 and Incapacity Benefit started in 1995. But now, the lovely Tories plan on barring under-25s from claiming incapacity benefit (as well as the above mentioned housing benefit). They also want to make it more difficult for sick people to claim help when out of work, and impose more strict ‘fit-for-work’ tests and reduce eligibility.

Child Benefit – This was first implemented in 1946 as ‘family allowances’ under the Family Allowances Act of the year before. These provided for a flat rate payment of five shillings a week funded from taxation. Five shillings is around 10 pounds a week today. The rate was gradually increased and is now at about 20 pounds a week.There was also the Family Income Supplement, for working people with children (introduced in 1970 by a Conservative government). Later, the Child Benefit Bill of 1975 replaced family allowance with a benefit for each child, paid to mothers. By 1955 around 5,000,000 family allowances were being paid to 3,250,000 families. By 2012 that had grown to just under 7,900,000 million families, which is certainly a large increase over those 57 years, but hardly the staggering explosion it is often painted to be. And keep in mind that the population of the UK now is 11 million more than it was in the mid 50s.

So, from 1946 to 2012, millions of ordinary, decent people in Britain have benefited from this type of help. But over the last five years, the dear Tories, those compassionate one-nationers, have floated plans to reduce and tighten child benefit in all sorts of ways: removing the higher rate for first children, removing child benefit for 16 to 19 year olds, limiting support to just two children, which would cut money for those with 3 children by more than 3,000 a year. Where is that money to come from otherwise? How many of those children will be pulled that much more into poverty? These changes hurt real people, real families, they hurt children’s lives. And not in ways that simply harden them, toughen them up… unless by that we mean those deprived kids become more aggressive, turns to gangs, robbery and violence. Yes, that might go up quite a bit! I wonder, will the resulting cost of dealing with all those potential young offenders be more than 3,000 a year each?

While we are at it let’s consider another couple of examples from our history:

National service – the last call-ups ended on 31 December 1960, freeing up 100,000’s of young men in the 60s and 70s from regimentation of thought and actions and appearance. The decline of empire, often thought to be a bit of a disappointing thing, did have the slight benefit of meaning that these young men no longer had to go off and die while suppressing ordinary people from other parts of the world. Oh, until the Iraq war, that is, when that ‘send the boys over’ stuff had somewhat of a revival.

Rationing – this ended in 1954, under a Conservative government, who did it partly to respond to anger at continuing austerity and scarcity after the end of WW11. Of course the ending of this austerity helped improve people’s lives in many ways from the 2nd half of the 50s. Not least of all because kids could get sweets again! Now, in the 21st Century, the dear old Tory party seem rather keen on enforcing austerity and scarcity again. Not for themselves, of course, only for the ordinary mass of the British public. And, just as in the late 40s and early 50s, the public is starting to get sick of it…

What is true in the statement “in the fifties and sixties we had few of these things” is that we had fewer of the BAD things which now make life much worse for millions – much less student debt, lower rents, less expensive education, less insecurity. And that is why life was better then, in many ways (not all) for ordinary people. Because we organised society better than we do now in this twisted neo-liberal corporate world. We desperately need to change that and start making the UK better again. Hopefully a large amount of these young folk in Britain, whose lives are being made so much worse than they could be, will turn against those responsible, and help to make that positive change.