This week, TLE caught up with intrepid traveller, journalist/ broadcaster and the voice behind the Big Travel Podcast, Lisa Francesca Nand. She told us all about her irrational travel fears, special memories about her first time visiting Fiji (her dad’s home country) and how she thinks travelling is the best thing for your mind, body […] 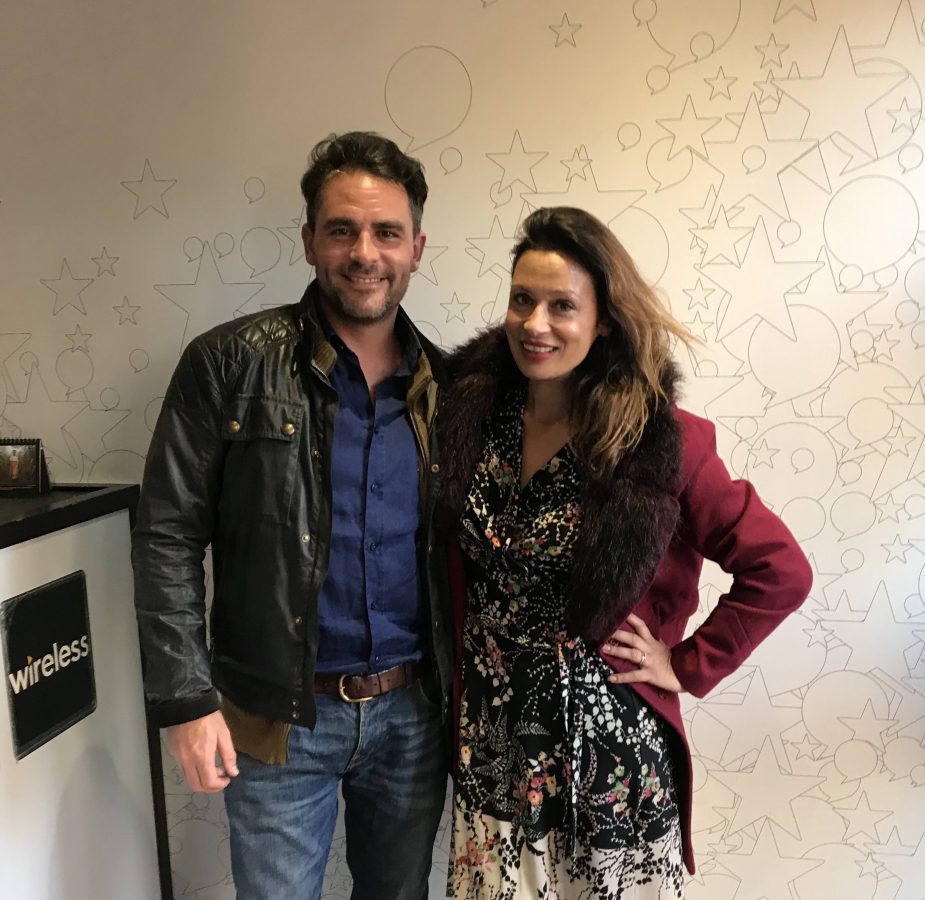 This week, TLE caught up with intrepid traveller, journalist/ broadcaster and the voice behind the Big Travel Podcast, Lisa Francesca Nand. She told us all about her irrational travel fears, special memories about her first time visiting Fiji (her dad’s home country) and how she thinks travelling is the best thing for your mind, body and soul.

Travel and holidays were in my blood from a very early age. My first holiday was aged just six-weeks-old. I was born on the Wirral (to a Fiji-Indian Dad and a local mum) and we spent many a happy holiday camping in North Wales. Of course I don’t remember the one when I was six-weeks-old. Apparently I cried a lot and it rained but my brave parents stuck it out.

What did a travel/holiday mean to you growing up?

Holidays when I was a child were really special. We either went to North Wales or took a camper van around Europe. Shell Island, in Wales is a magical place where when the tide is out is a peninsula and when the tide comes in it becomes an island. There are huge sand dunes and the roads are fashioned from slabs of slate. I played for hours in the cool of the dunes. I can still smell the crackling yellow grass lining the well-trodden paths through the sand. My dad would buy empty vans and have them converted into camper vans. We had 13 of them all together, one at a time. We’d drive down to the South of France and have memorable weeks camping full of sunshine, beaches, forests and more. I particularly remember my 5thbirthday – we had breakfast in Switzerland, lunch in France and dinner in Italy after going through the Mont Blanc tunnel.

Tell us about a special holiday/travel moment when you were a child?

When I was just turned seven, my parents uprooted me and my older brother from the Wirral to the South Coast of Spain. I was devastated to be leaving my home, friends and family but once on the coach there, a three-day trip via France, it was the most exciting thing ever. The Costa Del Sol was a different place then. We settled in a small fishing-village area called Los Boliches, part of Fuengirola, and went to English school. It was a magical time; long days on the beach, picnics in the Andalucian hills and camping in the dunes on the Atlantic coast of Tarifa. My childhood felt like one long sunny party.

The first time I went to Fiji was very special. As a child we couldn’t afford to visit my father’s home country and it had taken on almost mythical proportions in my head due to the wonderful stories he told us about growing up in a hut under a mango tree next to the river. As an adult I made my first visit there and met my Fiji-Indian family for the first time. It was incredible to meet people who looked like my Dad given that all the family I had ever known before were the white British side. The first person I met was my cousin Ben.  I was expecting poverty, as my Dad had stories of growing up on a farm having no shoes until he was 14, but Ben picked us up in his Range Rover, showed us around his factory and within hours we were having dinner in a floating restaurant in Suva harbour on a table next to the Prime Minister. It was unexpected but great fun.

It’s not a press-worthy story but since having kids I’ve been looking back on this one encounter in Uruguay with a sense of wonder. I’d travelled from Buenos Aires in Argentina to explore Uruguay and on New Year’s Eve in Punta Del Este my then boyfriend and I had a very late night of dancing and fun with this glamorous Belgian couple. They had a great story; they lived in the Belgian Congo and had what was clearly a very wealthy, Colonial-esque life-style. The thing I find curious, looking back, is they’d left their two young children – aged about five and three – with the grandparents for three weeks over Christmas and gone off to explore South America. Now as a parent myself I don’t think I could do this, my travels have definitely changed since having children and although I would go away for a few days without them I don’t think I could leave them for three weeks. Over Christmas too! But I admire them in a way all the same!

Tell us a travel story you’ve never told anyone in the press?

I’m lucky enough to have been sent to some of the most gorgeous hotels all over the world but there was one that I was unable to write a review about (or indeed release the video I had filmed for the national press) because it was just truly awful. I’d spent half of my trip to the Maldives in the most perfect luxury all inclusive hotels, it really was a special place, and then for the next half went to a luxury private island. It was truly gorgeous – white sand, azure seas and a private villa complete with my own butler – however when darkness fell the place was riddled with the biggest, most ferocious mosquitos I’ve ever encountered. I got bitten to within an inch of my life and all the other guests were the same as after dark there was no-one to be seen in any of the resort restaurants. I was actually relieved to leave there and never could bring myself to write the review of it. I hear it’s got rid of the problem now.

One of the first travel books I read made a great impression on me. It was an account by Dervla Murphy as she cycled from Dublin to Delhi in the 1960s. Particularly evocative were her descriptions of the beauty of Afghanistan; the landscape, food and people. She’s far more adventurous than me but she sounds like a great travel partner.

Tell us about your most dangerous experience on the road?

One of the times I’ve been most scared is when I was in Cambodia. This is not a rational fear at all but I stayed in a hotel that had only recently been re-opened after it was run down for many years after being used as a Khmer Rouge headquarters. I had horrible visions in the room we were staying in and refused to stay there. That night after dinner and drinks on the beach we took a tuk tuk back through the dark, very quiet jungle with no movement or noise except for the buzzing of our tuk tuk throught the dense growth. I consoled myself in that the driver, a local boy, wasn’t scared so why should I be? Until the driver turned round and with an expression of utter fear in his face asked us “Are you scared?”. I nodded and he said “Me too!”. Like I said it wasn’t a rational fear but when travelling through that beautiful country I read a lot about the horrors that happened there in comparative recent history and it had a profound effect on me.

Where’s your favourite country and/or city?

This is so hard. I’m a huge fan of Europe. I love going far and wide but always love returning to the narrow roads, the history, the culture of where I call home. For travelling further afield I’m a huge fan of South East Asia – the beaches, the food, the people, the monuments – including Thailand, Vietnam, Cambodia, Malaysia, Singapore and more.

I’m lucky enough to spend a good few months a year in Spain and it’s hard to beat Spain for the culture and lifestyle. But if I had to choose somewhere else I would go with California. My brother, musician Marcus Nand, lives in LA and we always have such a fabulous time when we visit. California has everything; beaches, cities, mountains, snow. It’s hard to beat.

Do you think it’s important that people explore the world? Why?

In my opinion travel is one of the best things you can do for mind, body and soul. Travel has the power to stamp out prejudice and make us all that little bit more considerate of each other. I love how when you travel and experience other cultures, although there are differences, you soon realise that deep down we all want the same things; love, happiness and health for ourselves and the people we care about.

I’m off to Spain in a few weeks time for Easter and again a few times during the rest of the year including a child-free wedding and also a girls weekend which will be amazing as I can do things like lie on a beach with no responsibilities! But I’m planning a big trip towards the end of the year – LA, Fiji, Australia, possibly New Zealand and probably some nice Asian beach on the way back just to get some chill out time. It will be the first time I will take my two young children to Fiji to meet the other side of the family and my parents and brother are coming too so it should be a special trip.

And finally… what made you start the Big Travel Podcast?

I started the podcast over a year ago, as I was meeting a lot of fascinating people with compelling travel stories to share. We’re now over 60 episodes in with listeners in over 120 countries around the world and have had some really well known people on. Jane Garvey, Kirsty Wark, Eamonn Holmes, Levison Wood, Edith Bowman, Giles Coren, John Simpson and more have some really amazing stories to tell about their travels. We also have Paralympians, journalists, authors, people at the top of their field in business and so much more all telling stories that range from the very funny to the incredibly moving. Podcasting is on the rise, with listening growing 20% year on year. In the states over 40 million people listen to a podcast on a monthly basis. It was the obvious step for me, with my background in both radio (I used to work on BBC radio, was the first female presenter on national radio talkSPORT and now am a regular expert guest on national radio and TV) and travel.

Lisa Francesca Nand is a travel journalist and host of the Big Travel Podcast, exploring life-stories through travel. www.thebigtravelpodcast.com